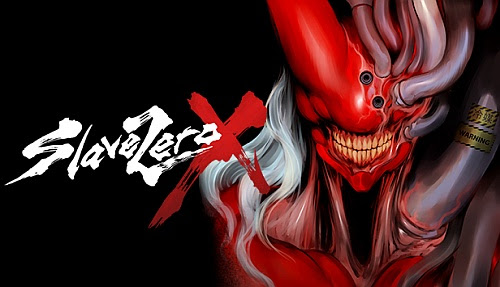 Remember Slave Zero from back in 1999? You’re going to have great fun with the resurrection of the franchise as Ziggurat Interactive and Poppy Works look to bring Slave Zero X to PC and console.

The latest to come out of the Ziggurat Interactive and Poppy Works teams is a new action game set in the same world of 1990’s Slave Zero. Slave Zero X is coming to PC and consoles (Xbox, PlayStation, Switch) and will feature side-scrolling hack and slash combat, multiple gameplay modes, and awesome set pieces.

Updating the classic mech shooter with an all-new biopunk action game that is set in the same dystopian world of Slave Zero, Slave Zero X is a genre-defining franchise prequel to the 1999 game. Promising to breathe new life into a top-selling title of the Dreamcast era in the form of Slave Zero X, an exciting new action title set in the same world of the original Slave Zero (1999). The all-new game will be coming to PC and consoles, features 2D side-scrolling action where players string together brutal combos while traversing a dangerous 2.5D world.

“We’re excited to take the wraps off Slave Zero X,” said Michael Devine, SVP of Business Development. “The game is a fantastic mix of fast-action, combo-heavy fighting set to a backdrop invoking a sinister mood, and we can’t wait to show off more of it in the coming months.”

In development by Poppy Works and Ziggurat Interactive, Slave Zero X will bring a whole new experience to fans of the original game. In Slave Zero X, players will don a death-dealing biosuit and do battle against the forces of the evil SovKhan. The game will feature multiple gameplay modes, and a variety of futuristic dystopian urban levels to battle through.

This new entry in the franchise is based on the concept drawings for the 1999 game. With a biopunk flare and H.R Giger influence, the original vision for Slave Zero couldn’t come to fruition due to budget and development time. Now though, Poppyworks with Ziggurat Interactive will bring that original vision to life in this fast-paced, hard-hitting, character action game in the unforgettable dystopian world of Slave Zero X.

Features of Slave Zero X include:

You can get wishlisting Slave Zero X on Steam right now, and check out the trailer below. Expect to see this one arrive on PC and console – Xbox One, Xbox Series X|S, PS4, PS5 and Nintendo Switch – at some point.