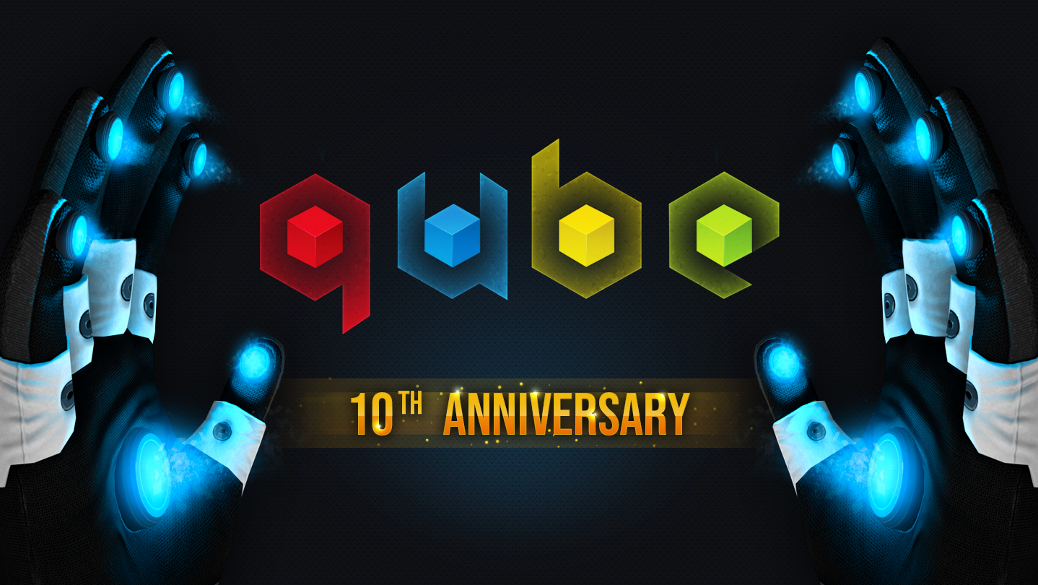 It’s hard to believe that it’s been a decade since Q.U.B.E. first burst onto the scene, twisting the minds of gamers in the process. But that’s exactly what it has been and so it’s time to celebrate – with Q.U.B.E. 10th Anniversary.

Sold as a re-envisioning of the first-person puzzler and due to launch on Xbox Series X|S, PS4, PS5, Nintendo Switch and PC (Steam, Epic), Q.U.B.E. 10th Anniversary will release this coming summer.

Appropriately titled Q.U.B.E. 10th Anniversary – seriously, what else could they go with!? – this brand new release will bring refined visuals and, in places, completely redesigned and revised sections to all of the content that launched in both the original release, and 2014’s Q.U.B.E: Director’s Cut; something which in itself added a completely new story by award-winning writer Rob Yescombe.

Q.U.B.E. 10th Anniversary will also include new content – and not just a little bit. It will include an entirely brand new chapter called Sector 8, and that will be found featuring an additional four-six hours of gameplay, unlocked after the main campaign has been completed.

All in all, Q.U.B.E. 10th Anniversary is set to serve as the ultimate celebration of Q.U.B.E.’s ten-year run, and will also mark the first time the franchise has appeared on the latest consoles, launching on Steam, Epic Games Store, Xbox Series X|S, PlayStation 5, PlayStation 4, and Nintendo Switch this Summer.

But that’s not all and the debut of Q.U.B.E. 10th Anniversary will coincide nicely with the launch of 2018’s follow-up Q.U.B.E. 2, as it comes to Xbox Series X|S and PS5 for the first time in the game’s history.

“We’ve built Q.U.B.E. 10th Anniversary entirely from scratch,” says Dave Hall, Creative Director. “We didn’t just want to paint on some prettier visuals to the game – we wanted to completely reimagine Q.U.B.E.’s world and offer fans, new and old, a fittingly significant improvement in visual quality. We’ve also listened to the amazing feedback we’ve had over the course of the last ten years to fix some of the puzzles we found just didn’t work as we’d intended, as well as adding a completely new chapter, Sector 8. We can’t wait to see what people make of it all.”

Excited much? We’ll be sure to let you know once Q.U.B.E. 10th Anniversary launches on Steam, Epic Games Store, Xbox Series X|S, PlayStation 5, PlayStation 4, and Nintendo Switch this summer. There’s no Xbox One love here though.

Anyways, watch the trailer and build the hype.