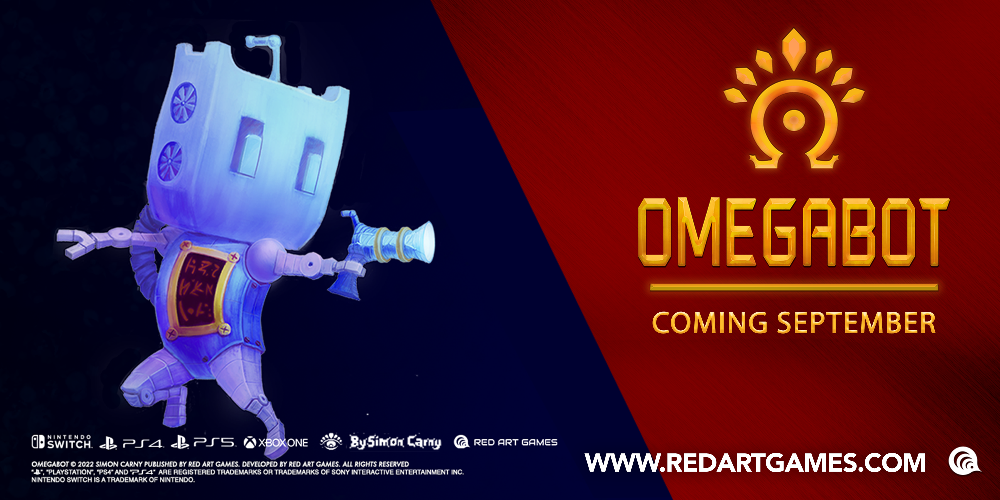 Due to drop onto pretty much any format you wish – as long as those formats are Xbox, PlayStation, Nintendo or PC based – is OmegaBot; a new super colorful side-scroller.

From Red Art Games is the Western digital release of OmegaBot. Coming to Xbox One, Xbox Series X|S, Nintendo Switch, PS5 and PS4., OmegaBot is an action platformer that has been put together by one Simon Carny, grabbed by Red Art Games for publishing.

OmegaBot is a tight action side-scroller with challenging robotic bosses. It has you playing as the OmegaBot, left to dodge metallic dangers, acquire powerful weapons and blast your way through a ravaged world full of deadly machines – three things that we can’t wait to get involved in. The problem is, In OmegaBot, running out of energy means death.

What makes things even trickier is that you’ll need to avoid various traps and deadly obstacles too. You’ll do this by utilising your weapons and abilities, making your way through metallic forests, ruins of futuristic cities and other environments. And you’ll also be able to step away from the beaten path in order to find hidden secrets and maybe even new friends who will help you vanquish the curse that has stricken the land.

The key features include:

Red Art Games have previously been behind the likes of Sturmfront – The Mutant War: Übel Edition and Arietta of Spirits, so we look forward to this one with much interest.

Check out the trailer and then hold tight for the September 2nd 2022 release of OmegaBot on Xbox, PlayStation, Switch and PC. Let us know what you think of this one by posting your thoughts in the comments.