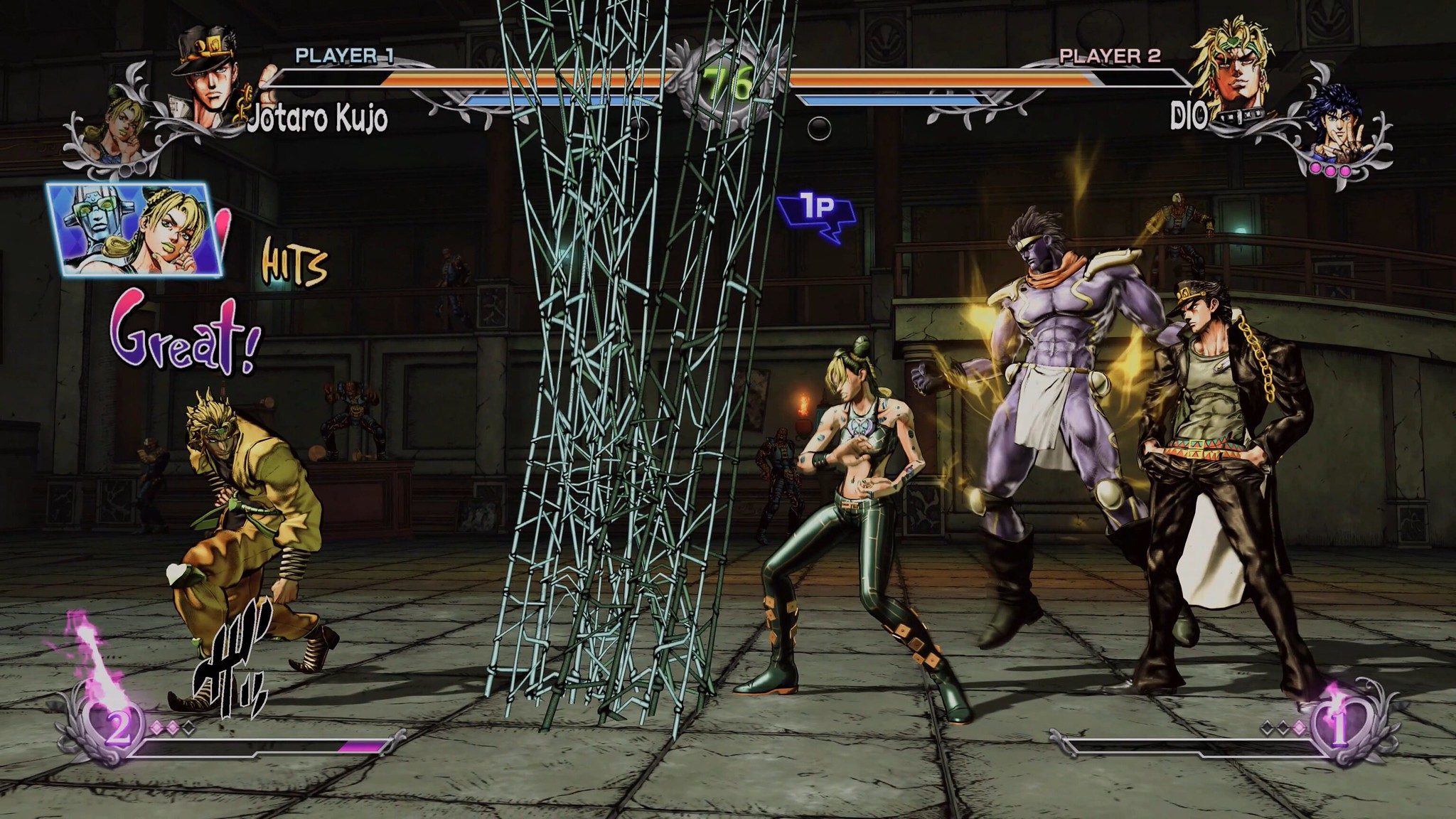 For the first time ever, fans and newcomers alike can battle it out in JoJo’s Bizarre Adventure: All-Star Battle R! Exclusive to PlayStation 4 and PlayStation 5, the limited-time demo features two modes – Online PvP and Practice Mode – and four iconic JoJo characters including Jonathan Joestar, Jotaro Kujo, DIO, and Jolyne Cujoh. Get in on the action starting today, June 16, until June 22.

Catch a first look at what players can expect in the demo:

Caption: Jolyne and her Stand, Stone Ocean, come to the assist.

Limited to a finite amount of uses per match, assists allow for players to strategically amplify their attacks and combos or defensively disrupt their opponents. With 50 uniquely designed characters to choose from, players will be able to mix, match, and optimize to their playstyle.

Tips for the Demo

Want to quickly climb to the top in online matchmaking? Here are some quick pointers to hit the ground running.

By spamming your light attack button, your fighter will complete a combo of light, medium, and heavy attacks. If you have at least 1 bar of gauge, it will activate the fighters HHA (a mini super move).

Caption: DIO may have all the time in The World, but he could still use an assist.

Use your assists when you’re in a bind:

Getting pummeled? You can feel the pressure of a super move (GHA) being charged? Send in your assist to disrupt them and even the playing field.

Assault Assists: Different actions are performed by each character, such as rush attacks, long-range attacks, and installation traps. If they can be successfully incorporated into combos, they can do a lot of damage.

Reversal Assists: When defending or taking damage, the assisting character jumps in and cuts off the opponent’s attack. Recovery of the assist gauge is slower than when used during an assist attack.

Flash Cancel to go on the offensive:

Flash Canceling cuts short your combos and immediately allows you to start a new one – but be careful!  Flash Canceling costs one full meter which can leave you high and dry when you could have been saving up for a game changing super move (GHA).

Caption: Four iconic JoJo characters are playable during the demo but 50 characters will be available in the full game.

Want more JoJo now that you got a taste of the battle?

JoJo’s Bizarre Adventure: All-Star Battle R launches on September 2, 2022. Pre-order is now available from the same page that you can download the demo.