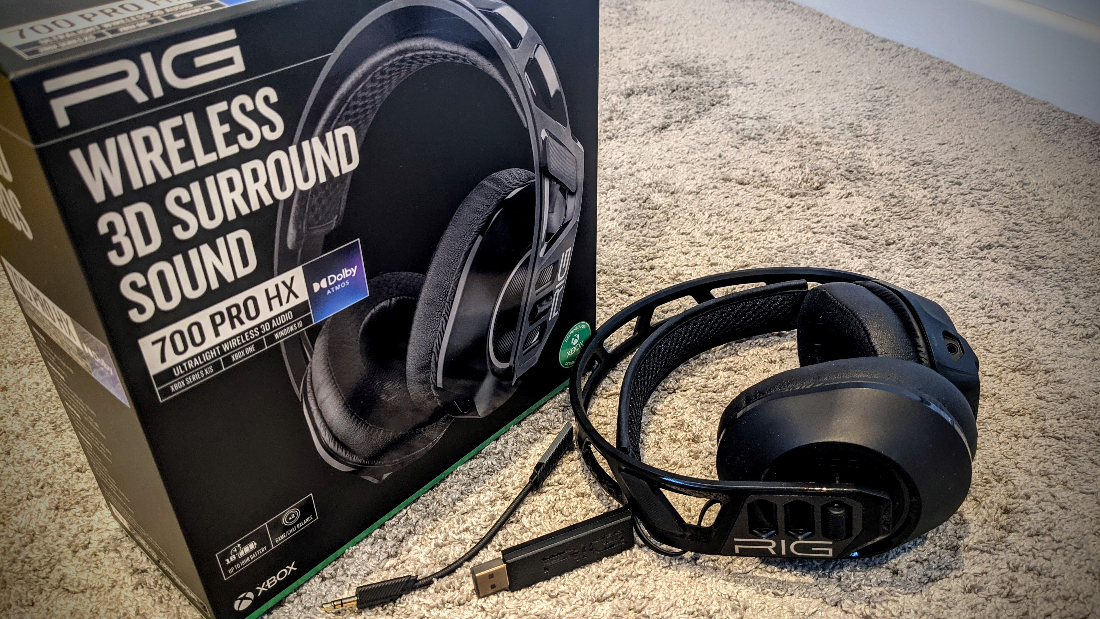 We all know that the gaming scene has absolutely exploded in recent years. What was once the domain of the ‘80s kids and their consoles or an underground network of PC players linking as one, has burst into the mainstream with the battle for supremacy between Xbox, PlayStation and, to a lesser extent, Nintendo. In fact, the gaming scene is now a place for all: young, old, skilled, confused – anyone can pick up a controller, fire up their favoured gaming console and find something to relate to.

But it’s not just been in the games themselves where the scene has taken hold, for the accessories that have been created to enhance the experiences are also plentiful. No more so than with the humble headset. Over the course of the last couple of years though a huge number of third and first party manufacturers have tried to muscle in on this scene, providing all manner of options: the cheap, the expensive, wired, wireless and more.

One of those who have gained some serious traction, particularly in the last two years, is that of RIG; a brand that has now been picked up by the ever-enthusiastic NACON. It’s with this new buyout that NACON are looking to push on in the headset sector, taking what was previously already extremely good, modifying it slightly, and pushing it out to market again in a next-gen fashion. They’ve taken that tact with the RIG 500 Gen-2, and are now also doing it with the RIG 700 PRO HX.

We first reviewed the RIG 700HX at the back end of 2019, before NACON splashed the cash and threw a PRO moniker at it. We were mighty impressed too, and whilst it wasn’t quite decent enough to make us take the RIG 800LX from our heads, it was certainly one to consider purchasing. I guess that means that with a slightly tweaked redesign, a new USB wireless adapter and that PRO tag in place, the 700 PRO HX should still be on the radar?

Well yes it does, for pretty much everything that has been changed with the next-gen version of the RIG 700 PRO HX has been for the better.

Anyone familiar with RIG products will pretty much know what to expect here and with the 700 PRO HX you’re getting the best of RIG in one super package: ultralight frame, wireless capabilities, isolating earcups, Dolby Atmos support, brilliant communication opportunities and a rather unique design.

In terms of the design, the RIG 700 PRO HX headset comes to market pretty much along the same levels as before, just with some subtle reworking. The outerframe is similar to previous, but now NACON has infused a suspension-styled headband to the product, doing away with the old foam cushioning. Anyone who has used this style of headset previously will know that is a great call as it ensures the 700 PRO HX is able to fit your head with ease, with the suspended band taking all weight off the top of your head.

Include the now standard RIG adjustability that is found in the headband itself – three notches are utilised instead of the usual slider you would find elsewhere – and combine that with the stupidly low weight of 240 grams – and you’ve got something that is right up there with the most comfortable headset you could ever imagine.

It’s helped along by some superbly well-cushioned earcups that surround the 40mm drivers that are included. These are padded with a combination of a leather material alongside cloth outers and are an absolute joy to have caressing your ears. This is a headset that you can easily wear for hours at a time, in all situations, without ever feeling the heat or any form of discomfort.

Branded for Xbox One, Xbox Series X|S and PC – although the RIG 700 also comes in HS form for PlayStation players too – the new 700 PRO HX is powered by an 850 mAh battery that should see you right for anything up to about 18 hours of play – again upped from the previous version’s 12 hours. We’re not convinced we’ve ever quite got that number out of the headset in real-world use, but when that juice starts to run low a simple plug and play with the included USB-A to Micro-USB cable for an hour or two will see you set right again. It’s a bit of a shame that NACON haven’t decided to go all in here and throw some USB-C love at the 700 PRO HX though, especially as that is fast becoming the standard for all. Similarly though, it’s no massive deal to be stuck with Micro-USB.

The need to power it up does of course mean that the RIG 700 PRO HX is a wireless headset and with no 3.5mm jack present at all, you won’t be able to use this across a range of devices. Instead the newly redesigned USB-A wireless adapter will ensure full connectivity with Xbox One, Xbox Series X|S and Windows 10 PC, with it just being a simple case of plugging it into your favoured USB-A socket, switching the headset on and awaiting connection confirmation. It’s a simple process to get up and running and through testing we’ve not seen a single drop or issue with connection – in fact, it’s been rock solid throughout.

The new wireless adapter is a big improvement over the old style cable and box that the previous 700 HX came with, and whilst we’d have liked to have seen the use of a slightly shorter unit, what is included here is pretty much standard stuff.

Once connected, you are more than good to roll. With Dolby Atmos support out of the box, a full volume dial, a separate game/chat balance dial and an easy-to-hit mute button all present on the left cup, gaming into the wee hours with the RIG 700 PRO HX is a cinch. Keeping connected to your mates and online squad is easy as well, mostly thanks to the detachable mic. Whilst many may well prefer to find a flip-to-mute offering here – and we’re certainly in that group just because of the ease in which we lose things that can be removed – the detachable mic that is present has been nothing but a joy to use. It allows for some superb communication across gaming channels, with instructions delivered with brilliant clarity and ease.

Those sounds coming back the other way through the earcups are just as good. Whether that be game audio, party chat or a combination of both, the RIG 700 PRO HX has never let us down. If truth be known, with the inclusion of Dolby Atmos for good measure, there have been times when we’ve been blown away with the immersion that the audio brings, as it bounces around from side-to-side, firmly entrenching you in the experience at hand.

One very slight negative though is that the maximum volume allowed when gaming on Xbox Series X|S isn’t quite as powerful as we’d like. We’ve constantly been left fiddling with the volume controls on both console and the headset in the hope that we could get things turned up to 11, but it just falls short there. It’s absolutely fine for the majority of gaming sessions, but when you wish to just kick back and zone out with the likes of AVICII Invector, we’ve been left a little disappointed by the outright volume. But then, perhaps it’s not always best to have everything pounding your head for hours on end.

In all, what NACON have done with an already great product needs to be commended. The RIG 700 PRO HX headset for Xbox is easily up there with the most comfortable headsets that we’ve ever worn, the wireless capabilities are rock solid and the latest amendments with this next-gen PRO version have all been for the better. Oh, and it helps that the Dolby Atmos sound it delivers is superb too. A little more oomph in outright volume would have been nice, but this is a headset that anyone would be more than happy to use as a daily driver.

Huge thanks go out to NACON for providing us with the RIG 700 PRO HX for unboxing and review. If you wish to pick up the headset for yourself, head over to NACON direct.

Battlefield 1 and all its DLC are free to play on Steam this weekend
From a Living Desert to a Volcano’s Peak: Exploring Forza Horizon 5’s Biomes and Seasons
Last Stop Review
Sony Considers Housemarque’s Returnal a ‘Mega Hit’
Dreams: DreamsCom21 starts today