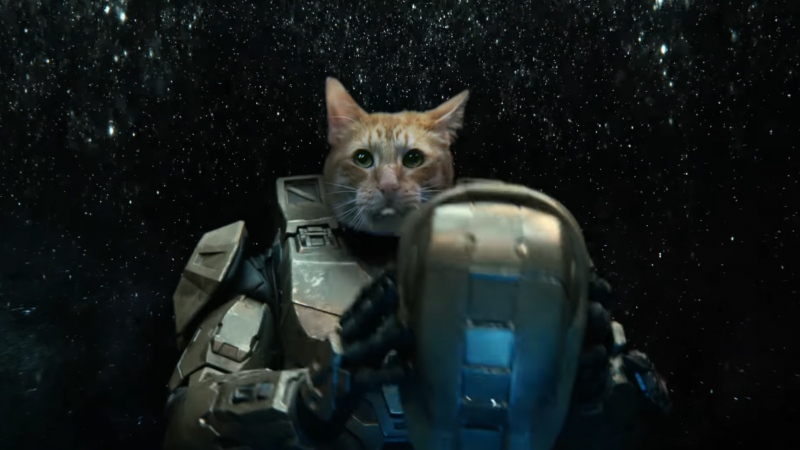 It’s hard to deny Halo’s influence on the greater gaming landscape. For decades, Halo has been one of Microsoft’s biggest gaming brands, and it helped establish the original Xbox as a gaming console of note. However, in all that time, we’ve never gotten a really good look at the series iconic hero.

Most gamers know very well what Master Chief’s armor looks like, but what about his face? The original developer, Bungie, often said that this was intentional, that it helped fans better identify with Chief. In a 2007 interview with IGN, lead writer Frank O’Connor said, “Revealing his face is not as important as revealing the outcome of the events of the universe around him.”

However, none of that has stopped Halo’s developers from teasing fans with near glimpses. At the end of the original Halo: Combat Evolved, Chief removed his helmet, and it looked like we were about to get a good look at what is under that shell until the camera panned away. Those who beat Halo 4 on Legendary difficulty even got a tight close-up of Chief’s eyes, so we know what those look like.

This secrecy seems a bit strange, however, because we basically know what Chief looks like. The 2003 sci-fi novel from William C. Dietz called Halo: The Flood told us that Chief was about seven feet tall, had short brown hair, and his skin was unnaturally pale (because he never takes off that dang helmet).

So, what do you think of all this? Is this mystery fun or has it run its course? Should 343 Industries just show us what Chief looks like in Infinite or do you like the secrecy? Or do you firmly believe – as we do – that Chief looks uncannily like Nicolas Cage? Sound off in the comments below?

Excited for Halo: Infinite? So are we. While you wait for its holiday release, read the latest news about its ongoing multiplayer story or check out the original Halo weapon prototypes in action.