Dogs. We all love to pet them. And in the game. And thanks to the Twitter account Can You Pet The Dog?, we know where to find them. Pettable dogs where they weren’t before can make gaming news.

Solo indie developer Lateralis implemented pettable dogs in his 2D action-platformer game Dogworld to try and catch the eye of the Twitter account in hopes of getting a retweet. It wasn’t the only reason, though: “the title of my game is Dogworld, so I also did it to stem the massive amount of comments I was getting constantly asking ‘can you pet the dog tho’”.

Implementing the petting took “a lot of finessing to get right”. While the animation wasn’t difficult, he explained that petting a dog is a unique state, much like climbing a ladder, or being underwater. “That state had to stop the player from moving, from shooting, from doing literally anything else other than petting. So now there’s a bunch of checks in the player code to make sure ‘petting = false’ before you move or do anything else.” Implementing this code – and making sure it didn’t break anything – took about half a day’s work, that he wasn’t sure was worth the effort.

Lateralis posted a gif of their new pettable dog, and Cooper saw it. “[the account] retweeted my tweet with the quote ‘You can pet the dog in Dogworld’, which was basically exactly what I was hoping for.” Lateralis received a ‘pretty decent’ amount of new Twitter followers, but found the overall response underwhelming.

“I think partially I had a misconception that people who were interested in Can You Pet The Dog? were interested in the games themselves, but the case tends to be that they just like to see it and not take any action besides liking the post.” This observation checks out – in an interview on the podcast Toad On Games with Ryan Brown, Cooper said his Twitter analytics showed that ‘Dogs’ are a more liked topic by his followers than ‘Games’. Indeed, Dan Marshall gave a breakdown of how getting his game mentioned – and very successfully – by the account lead to, as far as he could see, zero new sales for his point and click adventure Lair Of The Clockwork God

Mikael Forslind, who was part of the team behind Alwa’s Legacy, had a slightly different experience. Alwa’s Legacy features a sweet little pettable pig, which Forslind confirms was primarily to try and get the attention of Can You Pet The Dog? – unsuccessfully, in this case. “Someone tweeted them about it but nothing happened as far as I know.”

Unlike Dogworld, pigs don’t play a large part in the game, so making the pig pettable took a realtively small amount of work. Even though the Twitter account never boosted Alwa’s Legacy, Forslind is happy for pig petting to be “just for fun”.

Other developers come to pettable dogs in their game through courting mild controversy. Marshall, developer at and founder of Size Five Games, said that while he thinks it’s great for other people, virtual dog petting doesn’t “really fill [him] with the same sense of glee” as petting a real dog.

Size Five’s Lair Of The Clockwork God enjoyed some modest virality earlier this year when Can You Pet The Dog highlighted its pettable dog – which Marshall had tried very hard to hide. His initial idea was to have a dog you couldn’t pet, “as a sort of ‘anti’ to the pettable dog movement”, even if you went through a number of complicated steps that you thought would lead to dog pets. “I thought that’d be funny, and it’d drive people nuts.” 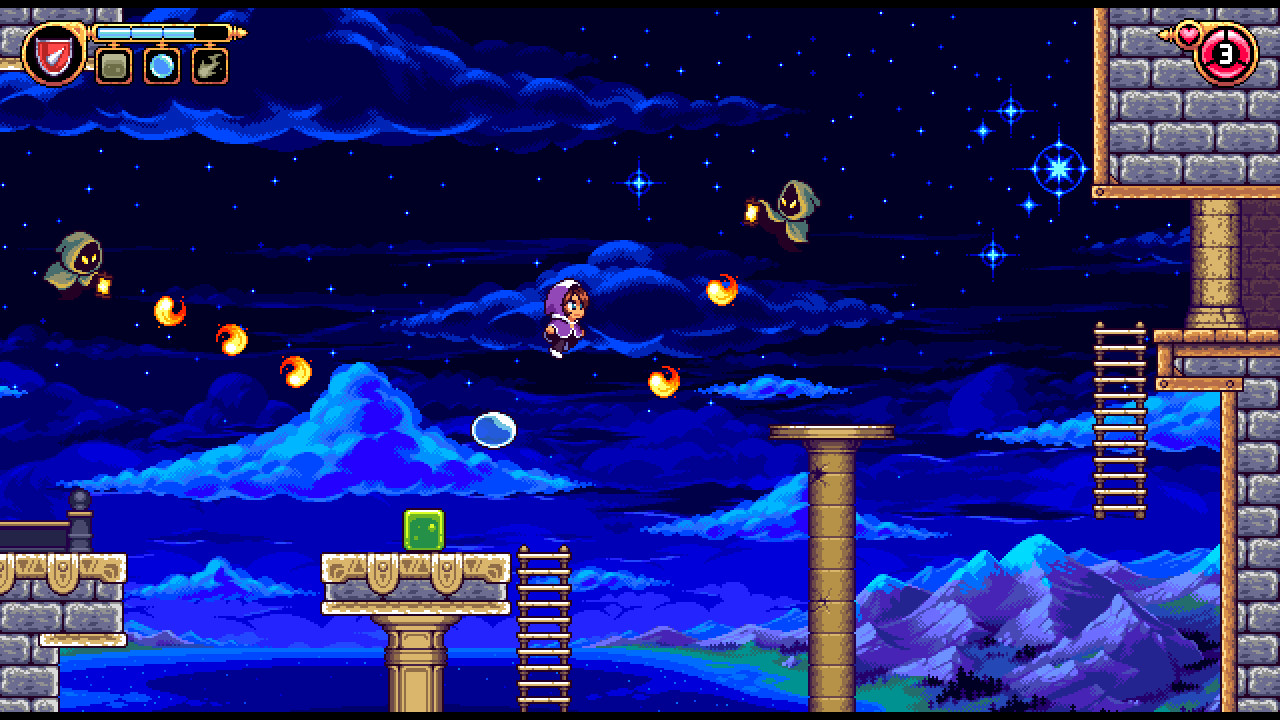 “Then I remembered about @CanYouPetTheDog and I thought it’d be quite good guerrilla marketing to have them declare “you cannot pet the dog” to all their followers, and then I’d get all offended and threaten to sue for libel or slander, whichever the right one is, and demand a retraction,” Marshall explained. “At the very least I’d get two tweets out of them.”

Instead, Cooper found and petted the dog, and posted a short clip to the Twitter account, with the same caption as always: “You can pet the dog in Lair of the Clockwork God.” Marshall’s faux-indignant response at the dog being ‘found’ was retweeted well over a thousand times, but his frustration was only for show.

“I was mainly just delighted that the account took the time to play the game and were thorough enough in their research to make the right call. It’s impressive, as I said I think they were the first to accomplish it.” He explained that, while he didn’t want to give away the exact steps, working out exactly how to pet the dog should use all the tools in the adventure game’s toolbox, and could take hours to puzzle through.

I’m actually quite angry about this because the dog, and the convoluted difficulty in petting the dog, was *entirely* put in the game with the specific intention of trolling @CanYouPetTheDog into declaring you could not pet the dog.

At the risk of legitimately drawing Marshall’s ire, Cooper admitted that it did not actually take him hours to find the pettable dog. “I was playing through the game as fast as possible because I had other dogs to pet, you know, and I was using a guide!” He continued, with some embarrassed laughter, “I wasn’t [the first], and I sort of let him think that I was? I’m a fraud. I’m not a real gamer.”

Cooper is aware that developers see his dog-centric Twitter account as a kind of marketing (“but the conclusion most [of the account followers] come to is ‘well, it’s marketing, but I can pet a dog, so everyone wins’”), but he’s wary of taking undue responsibility for pettable dogs in games. “It wouldn’t be a healthy way to go about things, just assuming, ‘oho, another dog, attributed to me! Thank you so much, yet again, toss it on the pile. You’re welcome everyone, for the work I didn’t do!’”

The idea of pettable dogs in games and the curatorial nature of the Can You Pet The Dog? account seem intertwined, but Cooper has been running the account for less than two years. Pettable dogs, and the sentiment for them, pre-exist it by a long time. An example of this is Hades which, despite its splashy 1.0 release last year, initially released into early access in December 2018. Before Cooper ever made his account, Supergiant Games had already been showing off that you could pet Cerberus in the halls of Hades. In an interview with Polygon’s Jenna Stoeber, Greg Kasavin said that this was to give players a comforting experience after losing a run. 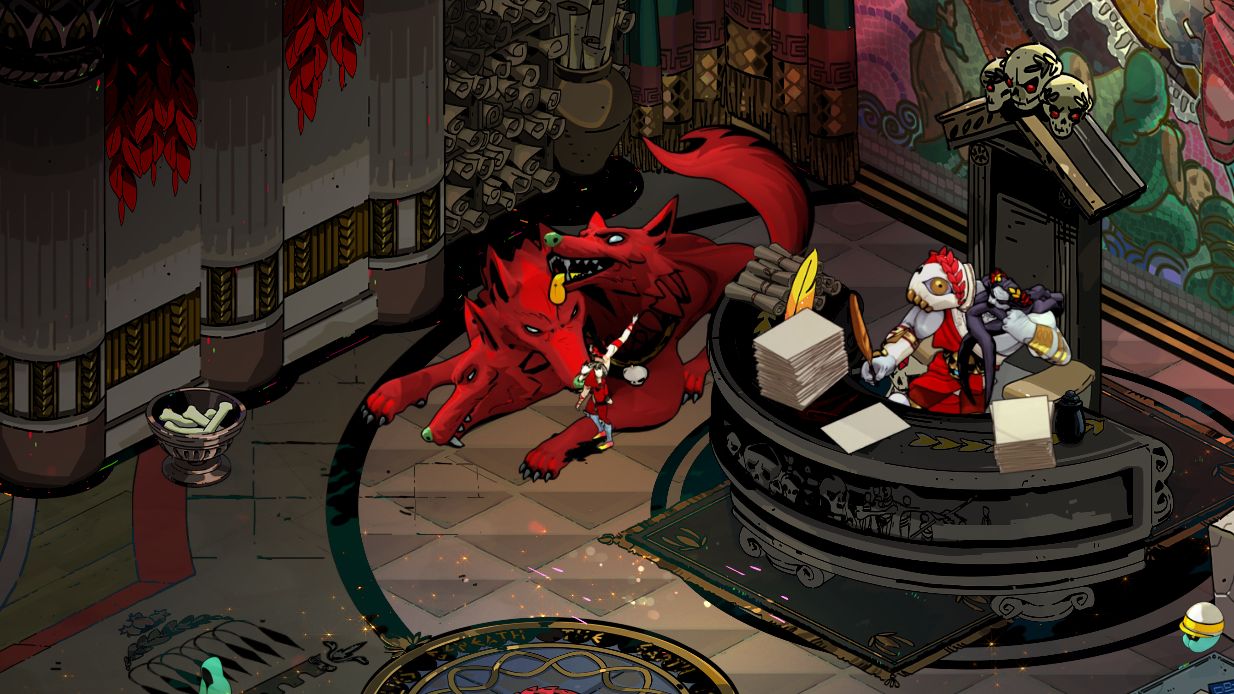 With a following of nearly half a million people looking for those good dogs, Cooper is aware of the pressure his account might put on developers. After he posted that you couldn’t pet the dog in Enter The Gungeon, the game saw an update that introduced petting in direct response. “I just posted about it because it’s a dog in a game that I like that I couldn’t pet, that I wanted to… but thinking about how a post of mine could make people work overtime or crunch or spend a lot of time and labour on something because they felt pressure from me, it doesn’t feel so good.”

It may be a gimmick account, but Cooper tries to use the platform he has for good, in “the pretty terrible doomscroll of 2020” (now 2021). So after that, Cooper stopped posting about dogs that cannot be pet, except for obvious jokes, “like a zombie dog that murders you with its tentacles”, or very old games no longer in active development. Sometimes developers intentionally leverage their unpettable dogs, and Cooper will check in that they’re okay with any potential pushback before boosting that information.

“If a developer were to ask me, ‘should I put a pettable dog in my game’ I’d be like, absolutely, I would love it, and I would post it on my account. Will you get a good return on investment? I don’t know. I can’t answer that question for you. Hopefully, it’s enough that a nice thing is in the game!” If that desire to have a dog in your game is rooted in more than just loveliness, however, he continues cautiously. “As far as the exposure, monetary conversation, that’s all kind of nebulous, and you never know what’s going to take off and what’s not.”

Rumour: Pokemon Diamond and Pearl Switch remakes expected to be announced this week
Share of the Week: Control – The Oldest House
10 PlayStation Games We’d Like To See On PC
Pop Fiction: Season 2: Episode 24: Don’t Forget Your Sword
Cuphead and Mugman are coming to Fall Guys