Let’s not keep you in suspense: in our opinion, the best Minecraft shaders are BSL Shaders. Extremely customisable, lightweight and more performant than most of the others on this list, you can point your screen at basically anything in Minecraft and end up with a beautiful sight thanks to BSL Shaders.

We’ll talk more about BSL and all its competitors below. Click any of the links to skip ahead and read about each of our favourite Minecraft shaders!

These are the best Minecraft shaders for 1.16.4:

How to install Minecraft shaders for 1.16.4 using Optifine

Here’s how you can install any of the below Minecraft shaders for 1.16.4:

And that’s it! You can now go back to Minecraft (making sure you run the Optifine 1.16.4 version from the Minecraft launcher), and under Video Settings you can click on Shaders to bring up the shaders selection screen and customisation options for each pack. Simple as that. 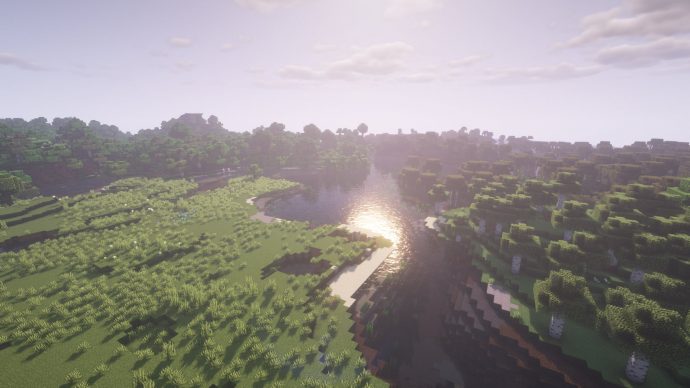 Good lord, BSL Shaders are beautiful. Like, really beautiful. In fact, when all’s said and done, this is the shader pack that I always go back to for my own survival worlds. Everything included here, from the amazing depth of field effects to the crisp lighting, the beautiful water reflections, and the fluffy far-off clouds utterly transport you to a place that you could almost imagine to be Minecraft 2.0. Plus, you can turn on World Curvature for some crazy nice screenshots like the one at the top of this article.

You might expect that such stonking pulchritude comes at the cost of lower frames, but… no, not really. It actually runs a little better for me on my (high-end) rig than the other “go-to” shaders on this list (Sildur’s and SEUS). But the fact that Minecraft can look this good and still run at a decent 60 FPS on a good rig just blows my mind. 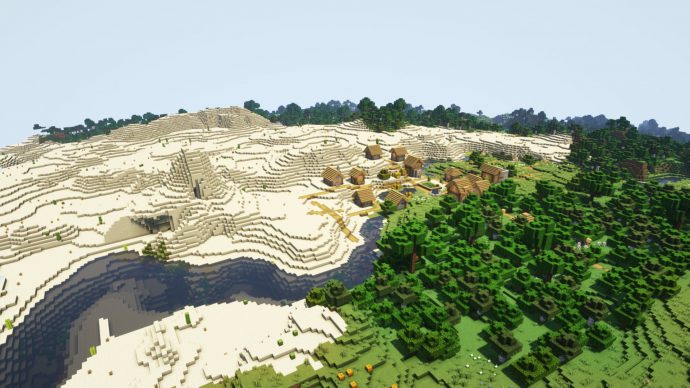 Piggy-backing off the brilliance and success of the previous shader pack on this list, Complementary Shaders is an offshoot of BSL Shaders, designed to be “as issueless as possible”. Extremely performant, and with just as much opportunity for customization as BSL (check out the world curvature on that screenshot, eh?), whether you choose BSL or Complementary comes purely down to preference.

The download also comes with a Complementary Resource Pack, to be used alongside the shaders if you so desire. 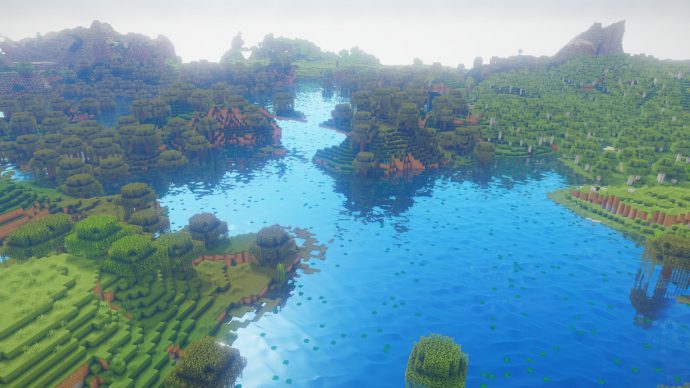 As the title might suggest, Oceano Shaders give Minecraft’s water surfaces a much-needed makeover. From a distance, they’re possibly the best shaders out there for oceans, though it does look a little stranger with smaller bodies of water. But the overall look and feel of the shader pack more than makes up for these occasional anomalies.

everything has a very bright, crisp look with Oceano Shaders. It feels a bit like a cross between Continuum Shaders and SEUS (both of which you’ll meet shortly below), but comes away looking very much like its own thing. 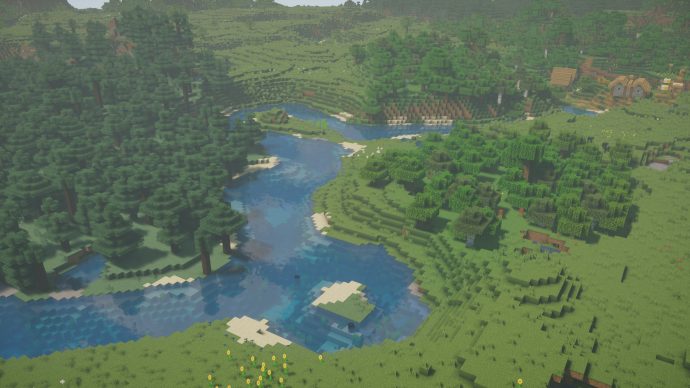 Nostalgia Shaders give you an extremely lightweight and wonderfully subtle graphical overhaul for your Minecraft worlds. Designed to emulate the first few popular shader packs of the early 2010’s, Nostalgia may be a little lacking in the customisation department compared with others on this list, but the flipside of this is that you really don’t need to do much tinkering to get a very performant and great-looking Minecraft experience.

By far my favourite thing about Nostalgia though is the cloud options. Do yourself a favour: set both layers of clouds as high as they can go, and turn on Story Mode Style. It looks so, so very good. Why is this not just what clouds look like in regular Minecraft? 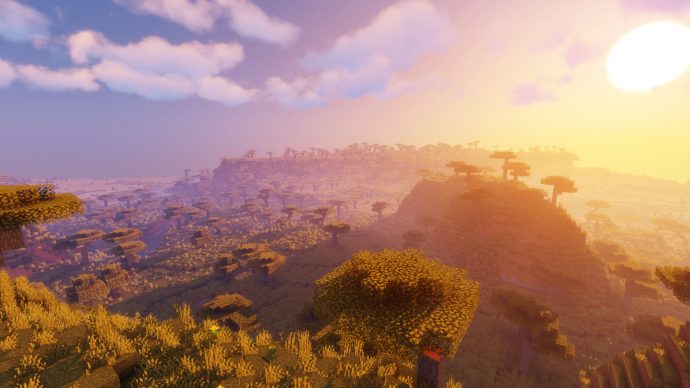 Sildur’s Vibrant Shaders is probably the go-to option right now for Minecraft shaders mods, and it’s easy to see why once you see it in action. Not only does this shader pack give Minecraft a much-needed and incredibly comprehensive makeover, but it’s also made a name for itself as one of the most customisable and flexible shaders mods around.

That’s really where Sildur’s success lies. After all, every single shader pack on this list looks beautiful. But with Sildur’s, it’s very easy to spend ages tweaking little settings to achieve the absolutely perfect look for you and your Minecraft world. You’ve got six different versions of the mod to try out, from Lite through to Extreme, so no matter your specs you’ll be able to run Sildur’s with little effort. And even at maximum settings, Sildur’s is remarkably lightweight and scores massive points for performance compared to most other Minecraft shaders around. 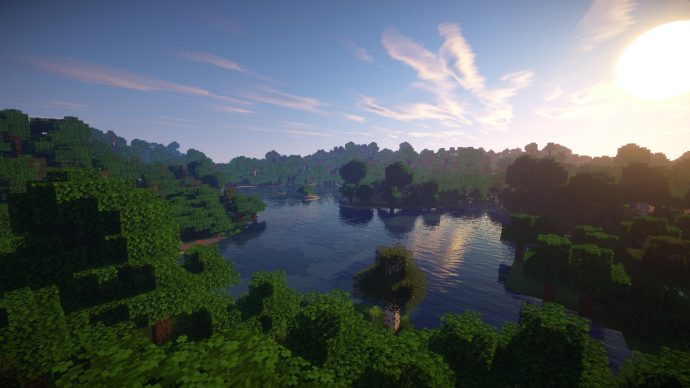 Sonic Ether’s Unbelievable Shaders, or SEUS for short, is where many players who have dipped their toe into the Minecraft shaders ocean would have started. This shader pack goes for a very clean and familiar Minecraft look, less flashy than many on this list but just as beautiful, particularly in motion.

The downside is that it’s not nearly as customisable as Sildur’s or certain other Minecraft shaders on this list; but the upside of that is that it looks great right out of the gate, no tweaking of settings required. The skies are bright and bold, the shadows add a new level of depth to the world, and the gentle flapping of the leaves in the wind really helps you to lose yourself in your own great big survival experience. 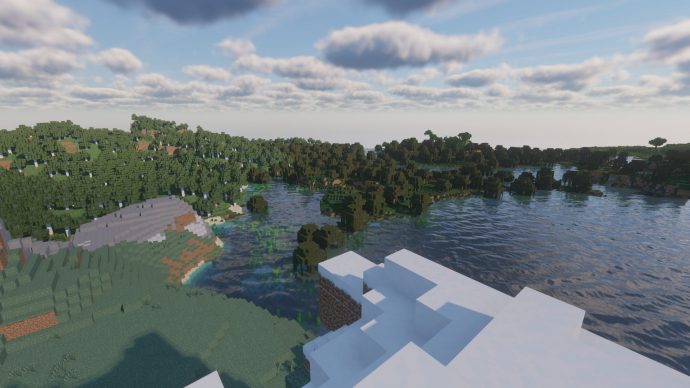 Right, here’s the thing about Continuum Shaders. I waxed lyrical earlier about the stupendous beauty of BSL Shaders, but Continuum Shaders just knocks any other on this list out of the park. Just look at that screenshot. Continuum puts a lot of emphasis on its authentic lighting effects, and it shows.

But – and it’s a big but – in terms of optimisation, Continuum falls flat on its face compared to many other Minecraft shaders out there. The way I’d put it to you is this: if you want an amazingly good-looking screenshot that makes your Minecraft world look like it came out of a world-class modelling or animation studio, Continuum is what you should use. If you’re after a shader pack that looks amazing in motion and allows you to get on with a spot of building or mining or fighting, then maybe you should give this one a pass. While still appreciating its beauty, of course. I mean seriously, look at that screenshot. I can’t get over it. That’s the best-looking Minecraft screenshot I’ve ever seen. 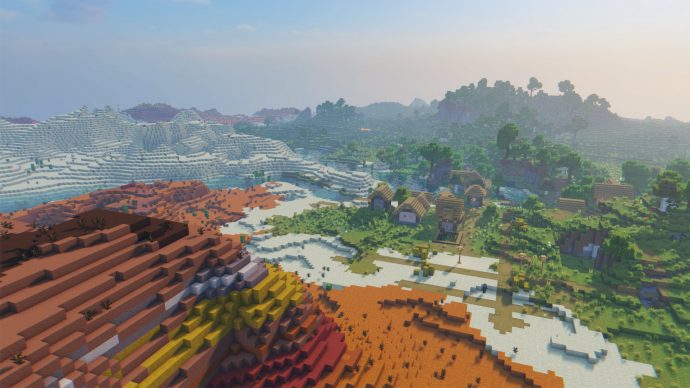 The official successor of the venerable KUDA Shaders, projectLUMA Shaders aims to give Minecraft as much of a visual pop as possible without tanking your performance. Sounds much like the aims of most other shader packs, right? But in projectLUMA’s case the results are extremely positive – which cannot be said for many other shader packs I’ve tried.

Rather than opting for the fluffy marshmallow clouds present in most shaders, projectLUMA gives you photorealistic skyboxes, matched with excellent lighting options that give the landscapes below an amazing sense of life and colour. This is a very solid choice for anyone just starting out with shaders in Minecraft 1.16.4. 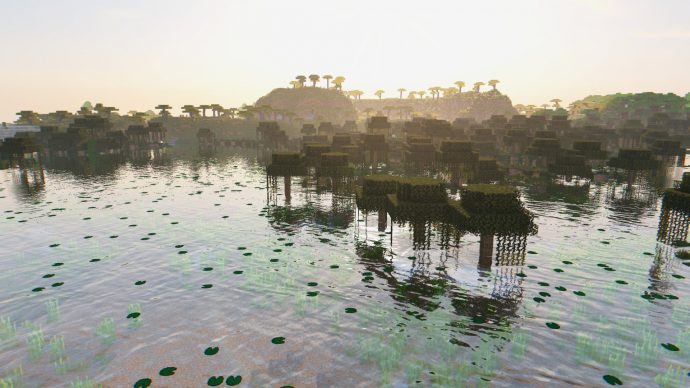 An edit of projectLUMA Shaders, Sora Shaders simply does nothing wrong that I can see. This shader pack just looks like it has absolutely nailed everything it has set out to do. Again, amazingly good-looking skyboxes and wonderful subtle lighting effects give Minecraft an entirely new atmosphere.

The water looks fabulous, the shadows and reflections are great, and – much like Oceano Shaders near the top of this list – everything just appears super crisp and clean and colourful. Perfect for starting up a new Minecraft world. 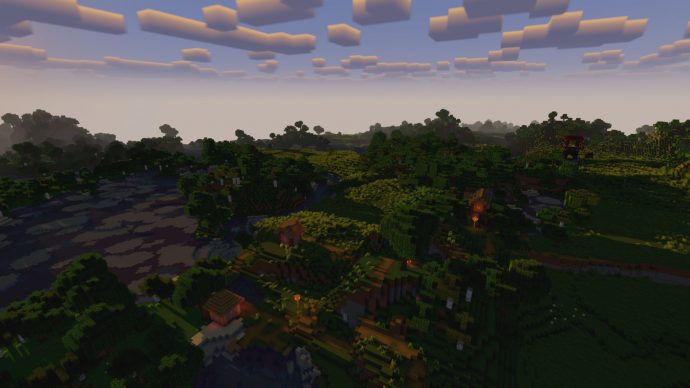 Another excellent and popular shader pack from the creator of the Nostalgia Shaders mentioned above, Vanilla Plus aims to give you a high-quality, elegant Minecraft graphics makeover while staying as true as possible to vanilla Minecraft. And this is does with outstanding success.

This is what Minecraft should look like all the time, right out of the gate, the first time you load it up. You’d be forgiven for looking at the above screenshot after a long while spent away from Minecraft, and not realising this was a shader pack, but instead saying to yourself, “my god, I forgot how good Minecraft looks sometimes.” I think I spent about 10 minutes longer wondering about the world on Vanilla Plus Shaders than I did with any other shader pack, because I was just so impressed with how good it made Minecraft look, without losing the charm and nostalgic feel of plain-old vanilla Minecraft. 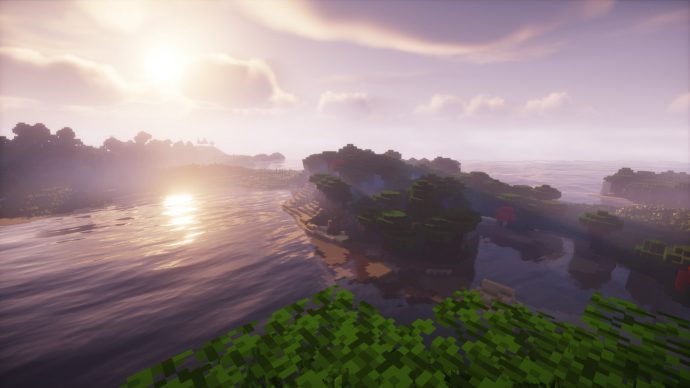 Here’s another classic shader pack whose name might be familiar even if you’ve never used Minecraft shaders in your life. The venerable Chocapic13’s Shaders pack still stands up today as one of the best options available for 1.16.4, thanks to its vibrant but pared-back style and its ability to run on a great deal of different rigs without too much trouble.

For those looking to really test their Titan XPs with the eyecandiest of eyecandy, well, this probably won’t knock your socks off like you’re hoping. But Chocapic13’s Shaders somehow create a more relaxing Minecraft than nearly any other shader pack I’ve tried (and I’ve tried a lot). There’s something so serene about this particular combination of swaying leaves, gently shimmering waves, and soft, subtle lighting. 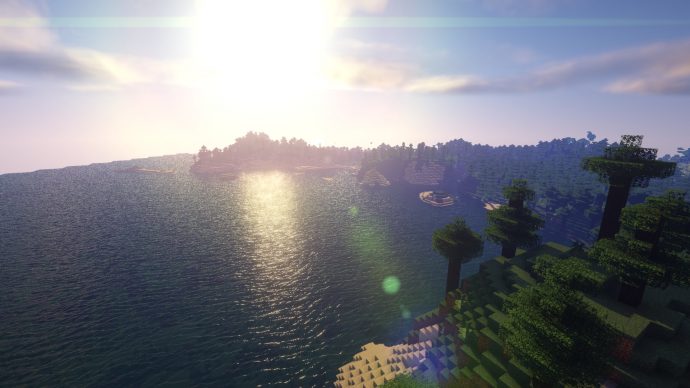 If you want to recreate Pirates of the Caribbean in Minecraft, then Beyond Belief Shaders are absolutely the shaders for you. That’s the best-looking water of any shader pack on this list, full stop. It really is Beyond Belief.

Taken as a whole, I’d say there are still one or two shaders that look slightly higher-quality, but Beyond Belief Shaders still completely revitalise your Minecraft experience, even before you’ve started tweaking the settings (which is made easy by a lovely and well-presented set of customisation options). The lighting is great, the godrays and lens flares actually add to rather than take away from the experience, and… I mean, c’mon. That water. That’s real-life water, that is. Incredibly impressive stuff.

And with that, I’ll conclude this guide to the best Minecraft shaders for 1.16.4. The above shader packs cover the entire spectrum in terms of looks, customisation options, and performance impact – so hopefully you’ve found the shaders mod for you. But that’s not all! If you’re looking for a spectacular vista to combine with your newfound shader pack, then why not check out our list of the best Minecraft seeds?