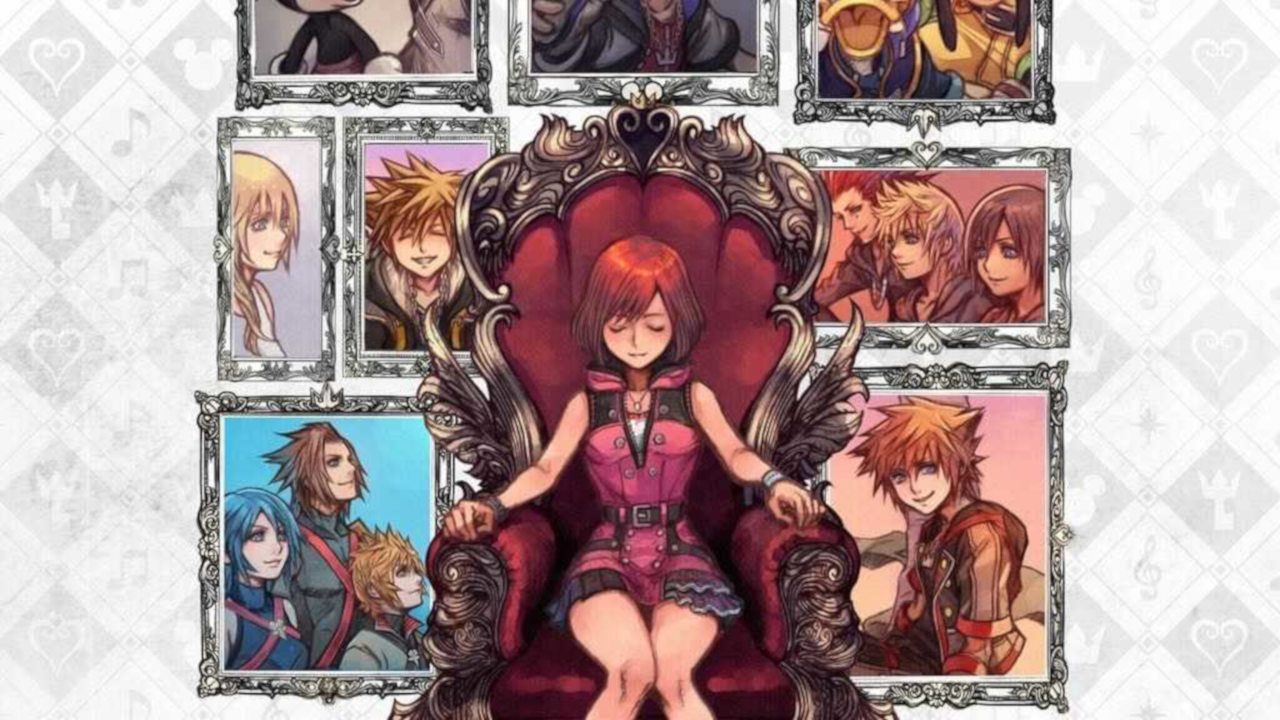 The moment is nearly upon us – the release of the demo for Kingdom Hearts Melody of Memory, the first rhythm action game set in the beloved Kingdom Hearts universe. We’re pleased to share some details about what’s in store. 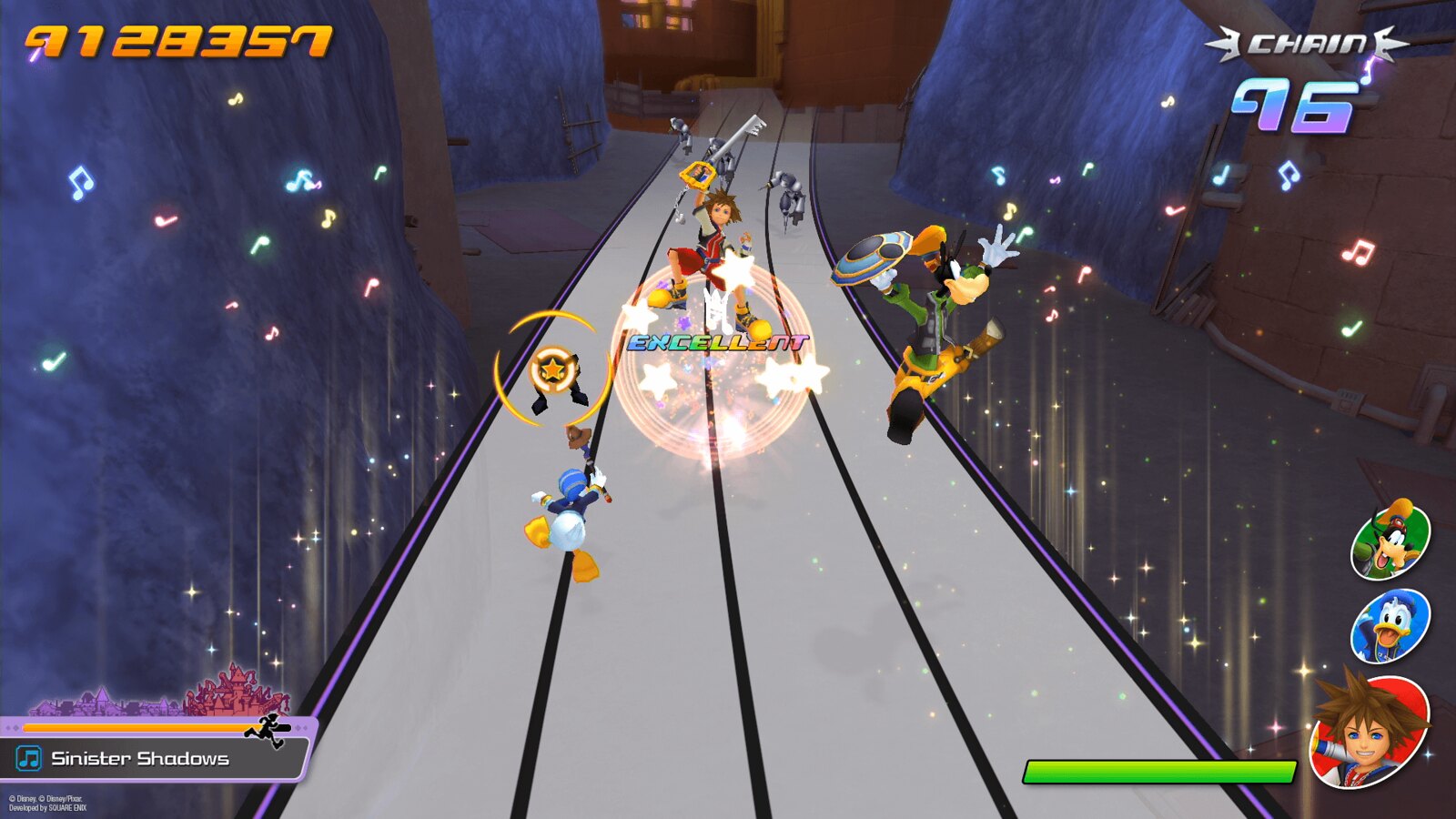 Included are six tracks from the game’s massive library of over 140 songs, collected from across the breadth of the Kingdom Hearts portfolio of games and composed by legendary composer Yoko Shimomura. The six tracks are:

The first four tracks can be played solo, in a mode called “Field Battle.” You’ll play as “Team Classic,” comprised of Sora, Donald, and Goofy, and attack enemies to the beat of the music. A quick tutorial eases you into the controls, so you’ll know exactly which buttons to press to attack, jump, and soar across the levels.

The other two tracks listed above can be played with a friend in local co-op, with one player controlling Sora and the other taking control of Riku. 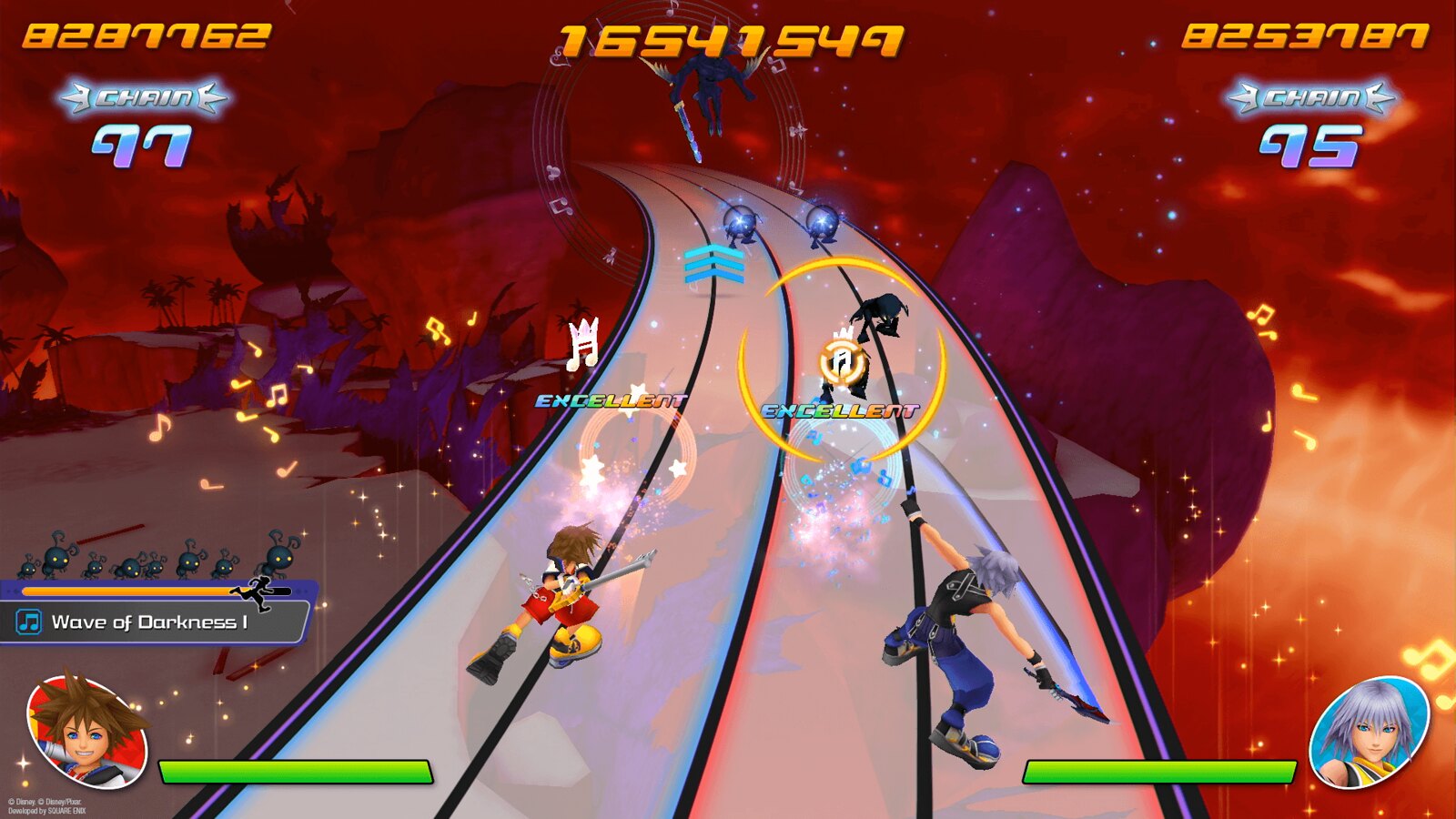 The demo showcases an array of different difficulty levels from beginner to standard to proud for the greatest challenge. You’ll be able to further customize your play experience via “play styles.” Each of the tracks can be played via basic game mode, that breaks up different actions – attack, jump/float, and special into different buttons, as explained in the tutorial. For a more relaxing experience, you can select “One button” mode to map every action to a single button. And for experienced rhythm gamers who want the highest challenge, a “performer” mode is available that includes extra targets on each track mapped to even more buttons on the controller.

The demo is just the tip of the iceberg when it comes to the content available in Kingdom Hearts Melody of Memory; the full game will include other gameplay options like a versus mode, a massive music library of over 140 tracks, multiple Kingdom Hearts worlds to explore, additional character teams, a memory theater, and a wide range of collectibles and unlocks.

This title has a total of over 140 wonderful songs included.

Not only that, but the game progression will also allow players to revisit each of the entries in the Kingdom Hearts series from the first title. So, fans of Kingdom Hearts definitely, and even those who are getting into the series for the first time, will get ample enjoyment out of this game. There is so much more I want to say, but I am running out of space!

I would very much appreciate it if you could start with trying out our demo.

Kingdom Hearts Melody of Memory releases November 13, 2020 on PlayStation 4! You can pre-order now at PlayStation Store.

Have You Played… A Normal Lost Phone?
Happy 35th, NES: The Console I Always Wanted and Am Glad I Never Got
Torchlight III illuminates the action-RPG realm on Xbox One, PS4 and PC
Lawsuit Claims Bethesda Purposefully Sabotaged Rune 2 In Favor Of The Elder Scrolls
2K Responds To NBA 2K21 Unskippable In-Game Ad Backlash