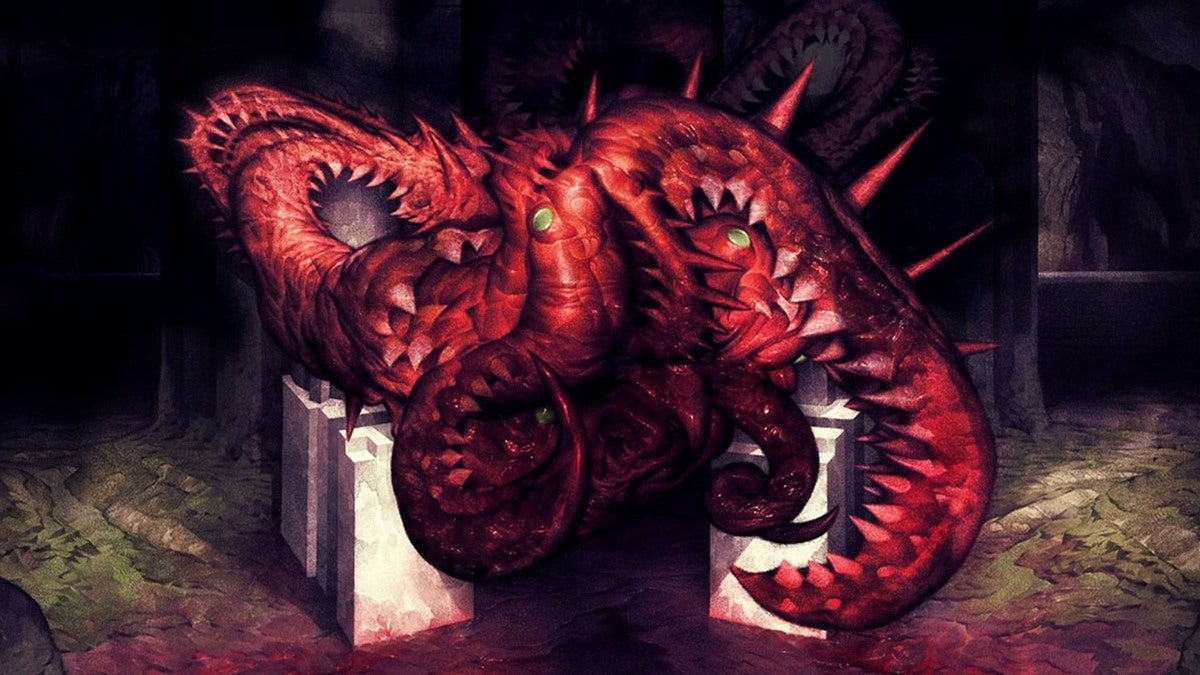 For anyone who’s ever watched a monster movie and thought “Hey, it would be pretty cool to be that monster,” the premise of Carrion is immediately appealing. It’s a power fantasy that has you going an utter rampage through an underground facility, terrorizing both armed and unarmed inhabitants along the way. Developer Phobia Game Studio is uncompromising in its approach to making Carrion as true to this fantasy as possible, and it makes for a game unlike any I’ve played thanks to a collection of truly excellent moments. Even when the novelty of grabbing a helpless scientist and slamming them all around a room, Hulk-style, wore off, Carrion’s puzzles and cerebral combat encounters still kept me thoroughly entertained. The monotony that lurks between them, however, is the real monster.

If there’s one thing that Carrion nails, it’s the movement and abilities of its leading amorphous, multi mouthed, tentacled monstrosity. The monster has total freedom of movement, with its appendages automatically shooting out and pulling it toward whatever direction you point it in. It’s delightfully creepy to watch and there’s a great speed and fluidity to its movements, which is important because hit-and-run tactics are crucial when dealing with the more dangerous weapon-wielding enemies you’ll encounter.

You can control one of your tentacles via the right stick and grab either enemies or pieces of the environment with the right trigger. Enemies can be consumed for health and extra biomass, or slammed and tossed around like rag dolls; bits of the environment can be hurled across the room; and doors can be ripped right from their hinges. It’s hard not to crack a devilish smile when you’re able to creep down on an enemy from the ceiling, quickly pull them up, eat their top half, and drop their lower half down for the rest of the people in the room to freak out about.

As you progress through the underground facility, you’ll unlock strains of DNA that add new abilities to your repertoire, such cloaking, growing blades and charging through barricades, and most notably, parasitically controlling a human. In typical Metroidvania fashion, these abilities typically have both a combat use and a navigational use, and every time you get a new ability you’ll be able to explore previously closed-off sections of the map.

The best Metroidvanias manage to hide worthwhile upgrades and secrets to encourage backtracking and exploration whenever you get a new ability. This is one pro tip Carrion doesn’t follow in that there are only nine mostly useless, optional upgrades. Worse still, searching for them is a nightmare because of how easy it is to get lost. There’s no map to consult, no reminder of your current objective, and no waypoint or hint system to guide you. At one point I backtracked to access a previously blocked off area, only to find that all it did was provide a useless shortcut. Then I found myself hopelessly lost in a cleaned-out facility for an absolutely miserable two or so hours of aimless wandering.

My first blind playthrough took about six hours. My second took a little over two

On my second playthrough, I could see that there is a fairly cleanly laid-out path to follow to get from main objective to main objective, but any deviation from that path makes it very hard to find your way back because you don’t know what those main objectives are. Just to illustrate how much of an issue this was, my first blind playthrough took about six hours. My second took a little over two.

It’s worth repeating that the actual moment-to-moment gameplay of Carrion is excellent. There are some very cleverly laid-out encounters that offer a ton of freedom in terms of how you literally pick apart your prey, and while it’s pretty easy early on, in the later bits it ups the ante significantly with armored mechs, fast drones that can rip you to shreds, and flamethrower-wielding soldiers who will have you rushing to the nearest body of water if they manage to set you on fire.

As far as the story goes, there isn’t much of one to speak of, but that actually works in Carrion’s favor. From the start until the end, the perspective never shifts away from the monster, outside of a couple of quick flashback sequences that provide some context for its origin. That makes it kind of a fun and unique way to experience the increasingly dire state of your human adversaries, as presented through emergency bulletins and LED signs.

Screenshot Saturday Sundays: Art school, antiques, and the rental store at the end of time
You can pet the dog in Ghostwire: Tokyo
Players’ Choice: Vote for the best new game of July 2020
Talking Point: So, Where Does Switch Fit Into Sony And Microsoft’s Next Gen Landscape?
Next Week on Xbox: August 10 – 14