Today, we’re super excited to announce that Carrion, our grisly reverse-horror experience will launch for Xbox One on July 23! Our little team of sci-fi fanatics has been working hard to create an experience we think you’ll love, especially if you’ve always dreamed of portraying an amorphous blob of gristle, teeth and tentacles! We can’t wait for Xbox gamers to get their feelers on Carrion, so we’re thrilled that it will also be available with Xbox Game Pass.

But, what is a “reverse-horror experience”? Carrion immerses players in the role of an abominable creature as it awakens in a secret, underground laboratory. With no explanation how it arrived there or for what purpose, there is only one thing on the mysterious monster’s mind: Escape!

Players will stalk and consume the secretive humans that have imprisoned them to spread fear and panic throughout the facility. The creature will grow and evolve as you tear down the base and acquire devastating abilities on the path to retribution, including a web-like ranged attack, the ability to bend light to become temporarily invisible, and even possess humans for maximum terror!

But Carrion is far from a purely subterranean affair, with your break for freedom revealing a sprawling overworld that connects different parts of the facility. New paths will become accessible through the evolution of the creature’s abilities and successful completion of goals, and it will take all your resourcefulness and cunning to navigate your crusade of chaos. You could say it has a little metroidvania vibe, minus the persistent backtracking.

Having said that, if you choose to revisit certain areas to instil some fear among those still wandering the corridors, that’s entirely your call. We’re not here to judge.

We hope Xbox gamers are as eager as we are for Carrion’s release, and we’d like to thank the amazing people at Microsoft and the ID@Xbox team who have helped bring our humble horror-fest to you all on July 23! 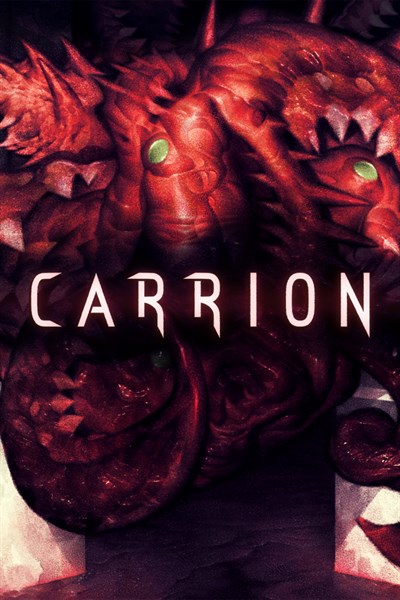 ☆☆☆☆☆
★★★★★
Xbox Game Pass
CARRION is a reverse horror game in which you assume the role of an amorphous creature of unknown origin. Stalk and consume those that imprisoned you to spread fear and panic throughout the facility. Grow and evolve as you tear down this prison and acquire more and more devastating abilities on the path to retribution.
This article was originally published by Xbox.com. Read the original article here.
Share on Facebook
Share on Twitter
Share on Pinterest
Share on LinkedIn

$110 Dragon Ball FighterZ Ultimate Edition Now Under $30 In Arc System Works Switch Sale (North America)
Microsoft Flight Simulator Will Get Support for Virtual Reality
Save £550 on this Razer Blade gaming laptop
Fall Guys Gets Review Bombed, Then Un-Bombed
Fly high with Merchant of the Skies on Xbox One and Nintendo Switch