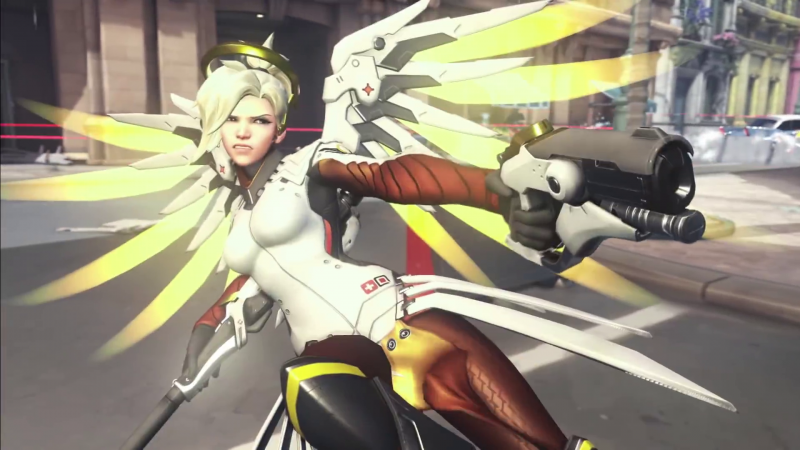 Dating back to Overwatch’s launch in 2016, players have been able to suit up as any hero for quick play and competitive play. As the roster of heroes continued to expand, the game’s balance and meta became more unwieldy, and players wanted to see more frequent updates from Blizzard to even out the play. In a developer update video released today, Overwatch’s game director Jeff Kaplan said his team has “faced some criticism for being a little bit slow when it comes to our balance patches.”

Kaplan added that the Overwatch community also wants Blizzard to try more ideas and to revert changes quickly if they aren’t considered good. Although Blizzard has a public test realm to change things, Kaplan admits that they don’t move quick enough on implementing or axing them.

In the coming months, Blizzard is adding a new “experimental” card to Overwatch’s menu, which joins quick play and competitive play. The experimental card will appear periodically when Blizzard has balance changes or other things they want to test and gather community feedback for. “It will give all players of Overwatch (console included) the chance to test out changes. Interestingly, playing matches through the experimental card will still give you experience points to level up and earn loot boxes. Victories will also go toward weekly challenges that sometimes appear and reward players with skins. Kaplan says it will take his team a few weeks to get the first experimental card up, but it should be hitting soon.

Kaplan says that the team is implementing a new approach to balance. Up until now, Blizzard balanced the game with stability in mind for all players. Now they are going to balance more aggressively toward the meta. This means big buffs and nerfs that could be there one week and gone the next. Kaplan notes that just because it’s in the experimental card doesn’t mean it will be pushed over to the main modes. They are just trying ideas.

The experimental card gives both console and PC players a way to deliver feedback about what’s happening to their beloved game – a good thing. Now the controversial part: Blizzard is also adding something called “hero pools” to Overwatch’s competitive play. Hero pools will disable specific characters for one week of play during season 21.

If Mercy is no longer selectable for a week, she likely will return the next week with another hero disappearing. “Players will have to think of different strategies that don’t include those heroes,” Kaplan says. “That will last for one week and then the hero pool will change. This is targeted at keeping the meta fluid, or the meta from stagnating, and really getting to more hero diversity. We know there are some challenges with this concept. This is what I would consider to be something we are willing to change if we don’t feel like it’s going correctly. We could make the hero pools last longer, we could make them move faster, or make them change every match. There are all sorts of ways we can adjust on this.”

Kaplan then adds that the Overwatch League is excited about hero pools, and viewers will see many more formations of heroes each week, but Philadelphia Fusion player Poko sees it creating stress. He tweeted his thoughts about hero pools, which you can read below:

Not sure how i feel about: “Teams will be informed of each week’s Hero Pool approximately one week in advance of matches. “
and: “The heroes will be randomly selected”

Seems like a lot more additional stress for players and coaches 😬

If you are an Overwatch player, what do you think about Blizzard’s approach to fixing the meta and striking a better balance for play? Leave your thoughts in the comments section below: