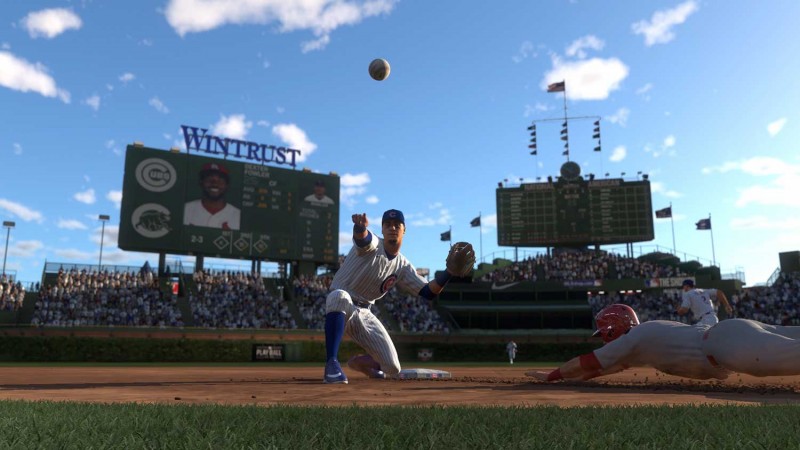 MLB the Show 20’s first gameplay trailer has just dropped, giving teases of some of what’s to come when the game releases for PS4 on March 17.

Apart from some new legends like John Franco, David Ortiz, and Mariano Rivera, the trailer also shows off some personality with team celebrations and Juan Soto’s ”Soto Shuffle.”

In terms of gameplay, the trailer appears to reveal real-time hitting and fielding icons related to specific attributes such as Power Left and Fielding, as well as a red ring around balls dropping into the outfield as players try to dive for and catch them. The developer’s upcoming livestream schedule has a day devoted just to covering defensive fundamentals, so we imagine this is related to that.

You’ll also see these attributes in the rewards for the dynamic challenges of player career mode Road to the Show, which now looks to also contain perk rewards.

Other game elements coming in the livestreams, some of which are teased in the video, include (text from Sony):

The series is including other non-PlayStation platforms possibly starting “as early as 2021,” and this is just a sample of why the franchise has been so lauded thus far.