Yes, I know. Fallout 76 is not exactly a beloved game what with the whole Fallout 1st subscription launching at the same time the free Wastelanders update was delayed. Before that was the game’s initial, buggy launch. There are still players out there who do seem to love it and continue to make delightfully silly creations all over irradiated West Virginia. This now-notorious player, for instance, has made a maths school that will literally kill you. In game, obviously.

As spotted by Eurogamer, the player called “Vault101manguy” has posted a YouTube video with his newest build. In the past, Vault101manguy has made a Deathclaw maze, a murder church, and other killer creations. Definitely the kind of wastelander you want as a friend and not an enemy.

According to the YouTube video description, he was trying to come up with the “most terrifying, heinous threat someone could encounter in the wild.” Given that vault dwellers are already so adept at surviving the physical dangers of the apocalypse, the new evil that he’s presented players with is a maths test. 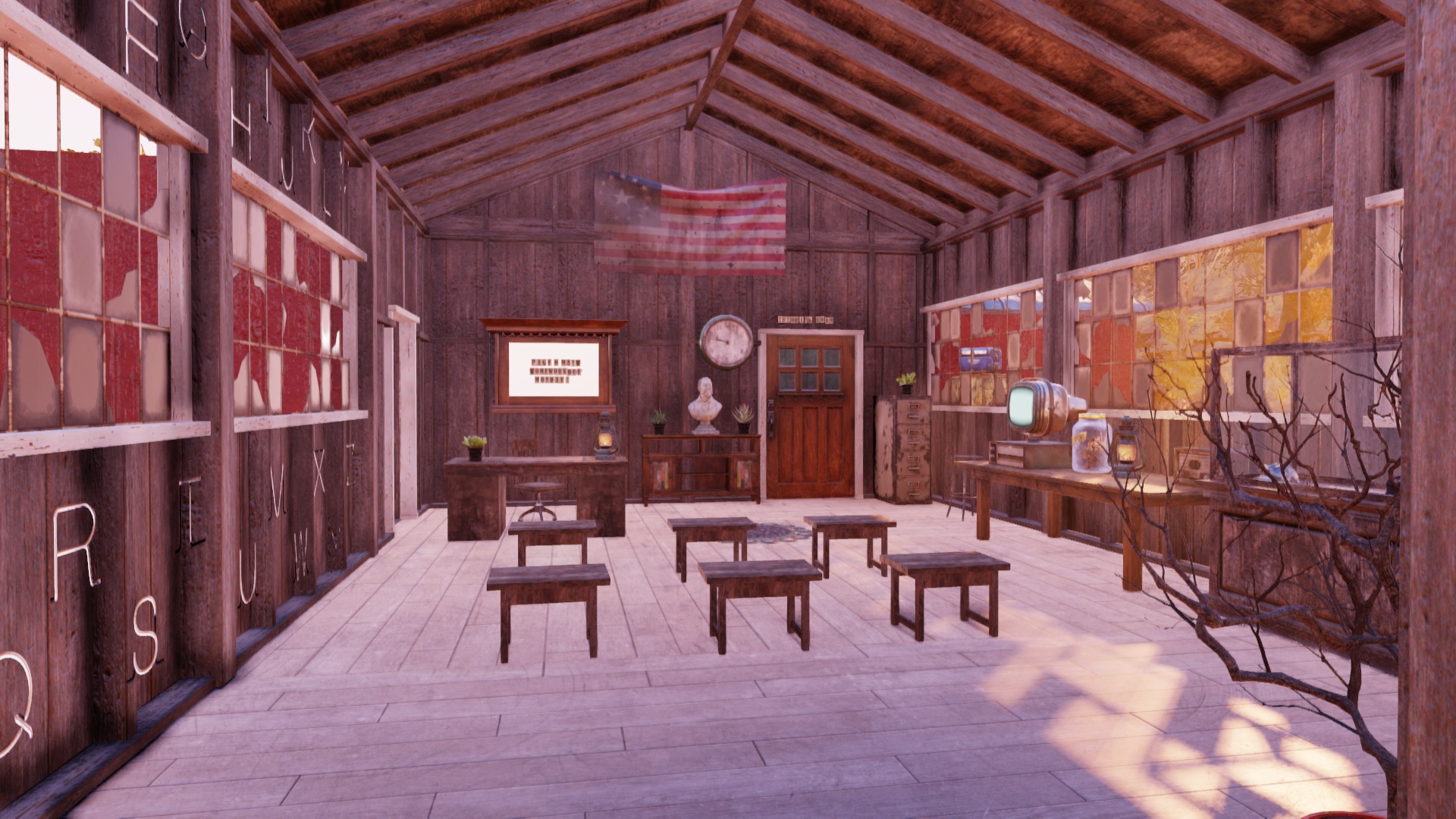 Using Fallout 76’s C.A.M.P. system, Vault101manguy designed a quaint rural schoolhouse. It’s meticulously decorated with seats for students, a teacher’s desk, a properly academic-looking bust, and an American flag. Curious players end up exploring the “tutoring room” in back which will lock them inside once they enter.

On the wall is a simple arithmetic problem: 230 x 10 + 2. Attached to the escape door is a keypad. The solution to the problem is the four-digit code to the door. Vault101manguy watches from a window nearby. After he feels the trapped player understands what’s being asked of them, he flips a switch.

“Test results show that many people have trouble doing math when suddenly being burned alive,” he says in a Reddit post explaining his deadly school. The captured guinea pigs must either solve the problem or be barbecued. They can’t fast travel out while taking damage. They can’t break the components of the school as it’s owned by another player.

Vault101manguy says that he does allow players who fail to return and retrieve their gear, even joining them in the kill room as a sign of good faith. Many came to try again even after losing, he says. “Whenever I build a camp I want it to be something unique that will give other players an experience, whether it be a challenge or something unusual and unexpected.”

Well, it certainly is unexpected. That’s one way to make sure your young vault dweller passes their G.O.A.T exam.