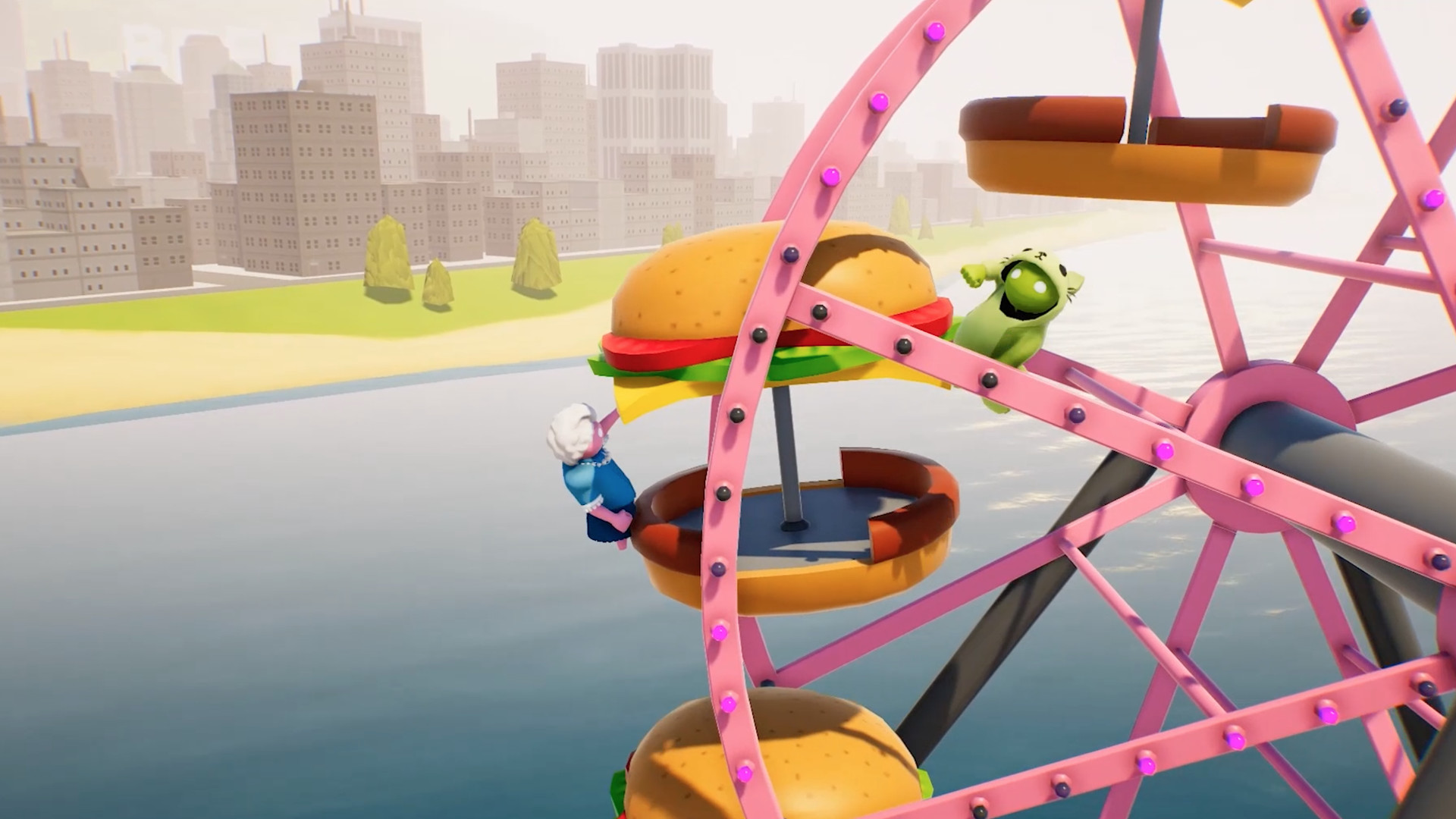 A lot of my friends from school have done things like have children or move to other countries now, but in the wilderness years of 2010-2016 we still all returned to our home town every Christmas, primarily to see our families, but also, secondarily, to get absolutely destroyed on Christmas eve.

A tertiary reason was that my friend Tim, who has now both had a child and moved to another country, would have an annual Christmas LAN party at his house. There were a few games that cropped up at these. When Gang Beasts first appeared, around 2014 or so, it entered heavy rotation.

We, a group of sill very obnoxious 20 somethings, huddled around two electric heaters in a cinder-block storage room abutting Tim’s house, and only came inside to eat the huge takeaway we ordered. It was very cold, and Gang Beasts was my favourite game to play because it took all our minds off that. The lads all liked playing 4X games so they could throw armies against each other, but with Gang Beasts we could all crowd around one screen, and laugh and hoot and screech and stamp our feet.

In Gang Beasts everyone is a blob person of a different, bright colour. Sort of a cross between Morph off of Take Hart/Morph and Flubber off of Flubber. You control each arm independently, and can make them grab and hold onto something – practically anything, in fact. If you get the knack, you can monkey up a wall, one arm swing at a time. You can also flail and punch. The objective is to be the last beast standing. The battlegrounds are creative, so our enemies can be thrown into fire pits, or into the sea, or dropped from atop a moving truck.

It is a furious dance. Punch an opponent enough, and you can knock them to the ground, leaving them helpless, but punch too much and you might also tire yourself out. If someone wellies you off an edge, you can grab onto them as you fall, taking them with you – or they might decide to sacrifice themselves, in the hope that your death registers first. One time, Geoff climbed up a wall and stuck there in a corner, while everyone forgot about him, and waited until Tim was the only other person left. He leapt from the wall like a gelatinous batman.

Gang Beasts leads to many Indiana Jones style life-or-death fights taking place on the edge of furnaces, or on top of a moving big wheel, and it remains probably the best couch game I have played for years.