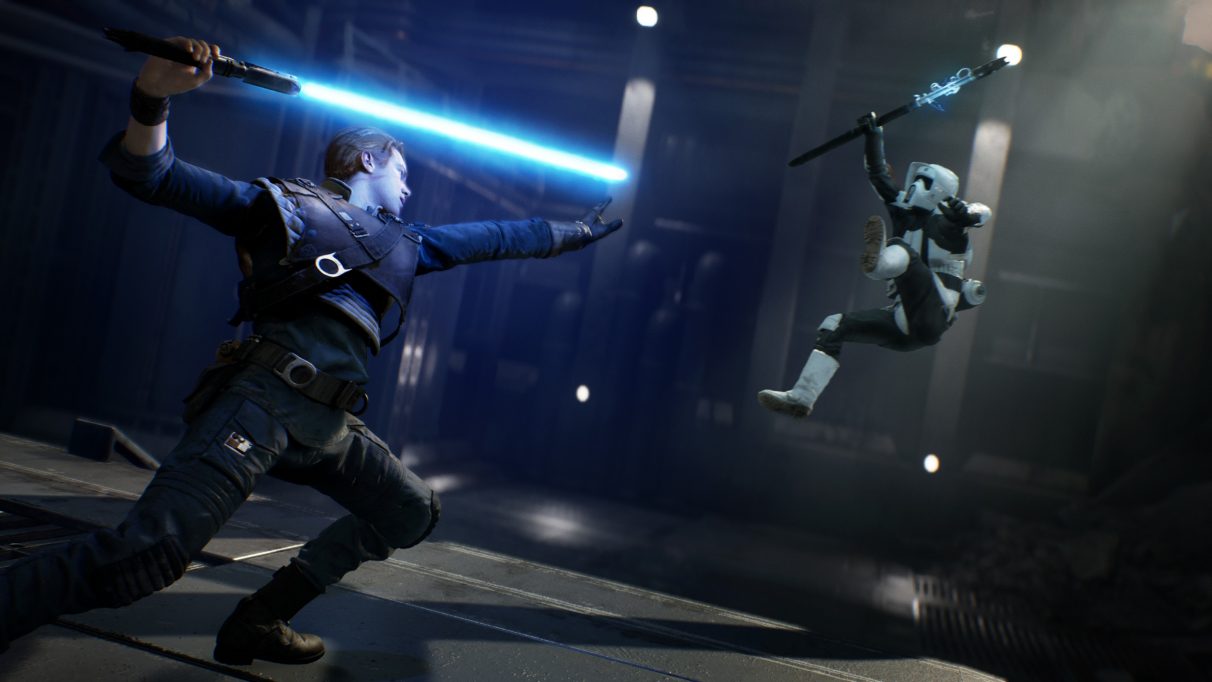 What’s a Jedi without their Force Powers? This is one of the many questions that Star Wars Jedi: Fallen Order asks, placing you in the shoes of Jedi Cal Kestis, whose past has left his connection with the Force damaged. As you progress through the game’s impressive and extensive campaign, you’ll begin to heal Cal’s connection with the Force and unlock more and more ways to use it.

Our Star Wars Jedi: Fallen Order Force Powers guide will show you the ropes in this regard, with in-depth explanations of exactly how to unlock the Force Push, Force Pull, and Double Jump Force abilities in the game.

If you haven’t yet read our Star Wars Jedi: Fallen Order skills guide, you might not know that there are a great many ways to customise Cal’s connection with and use of the Force in combat. But at its core, there are four pure Force abilities that Cal has (or can gain) access to throughout the campaign:

Force Slow is the only pure Force ability available to Cal at the beginning of the campaign, because past events have damaged his connection to the Force, and he’ll need to go through various trials and gain more experience before he can unlock the powers he once possessed. The unlocking of each major Force Power will coincide with a flashback to Cal’s training at the hand of his former master, Jaro Tapal. Let’s go through how to unlock each of these Force Powers, one by one. 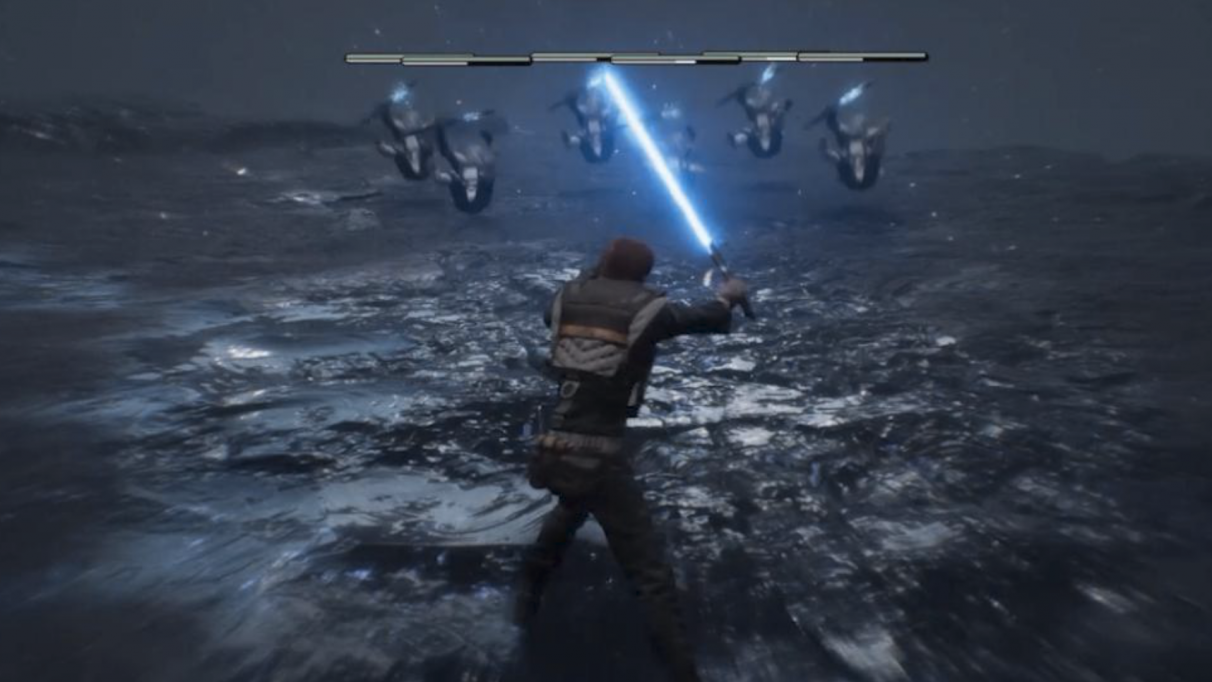 Force Push is the first major Force Power you can gain after the initial stages of the campaign, and it is useful not only in combat (particularly for interrupting attacks and to avoid being overwhelmed by multiple attackers), but also for the many environmental puzzles that you’ll encounter throughout Jedi: Fallen Order.

To unlock Force Push, you’ll need to head to the planet Zeffo, and fight your way steadily through the various imperial forces racing to reach the Tomb of Eilram before you do. The good news is that you can simply follow the objective marker to take you straight where you need to go. The bad news is that this is a big place, with lots of fighting and platforming elements between you and Force Push, so depending on your difficulty level you should take it slow and steady.

Once you reach the Tomb of Eilram, you’ll quickly be presented with a flashback to Cal’s training as a Padawan, where his master Jaro is teaching him how to use Force Push. Upon exiting this memory, voila! You have access to Force Push! Which is good, because you’ll need to use it a lot in order to escape that nefarious and puzzling tomb.

I don’t yet know if I’ll be putting together a full guide on how to escape the Tomb of Eilram, but for now I’ll just leave you with this one hint: look for opportunities to push spheres into the paths of wind vents to get them onto the higher platforms. 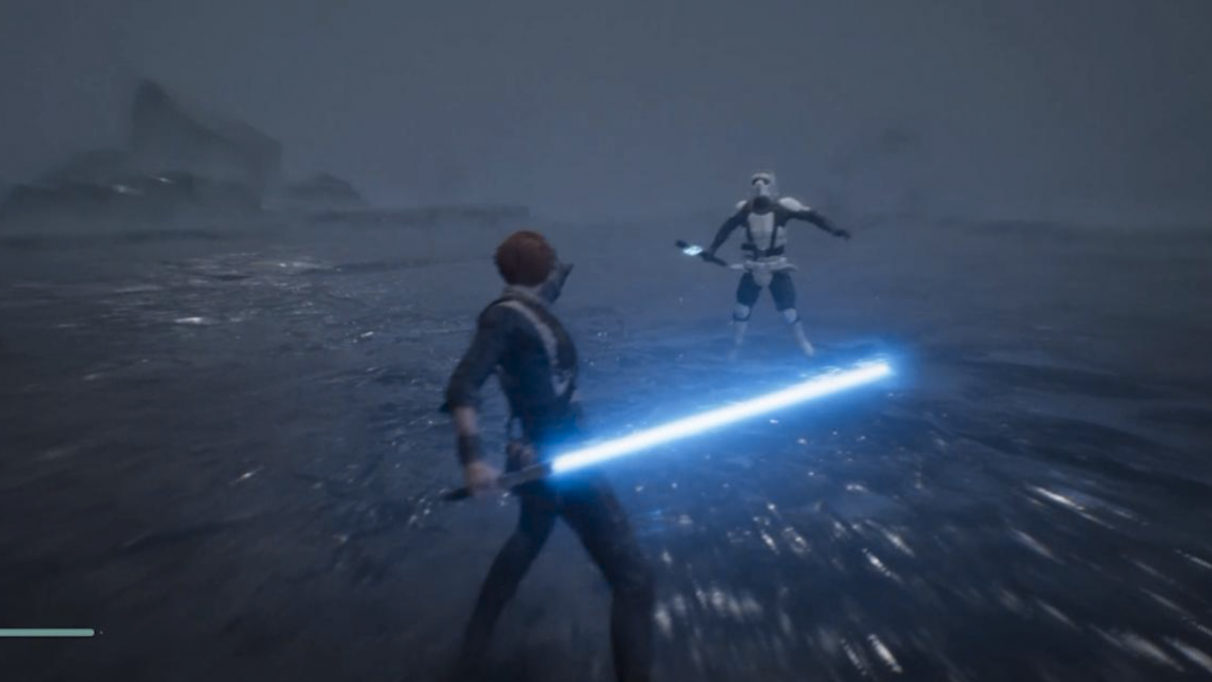 Force Pull is acquired in another tomb, also in Zeffo – but you won’t be able to simply head from the Tomb of Eilram to this one, because the game wants you to go off to Kashyyyk and do some other story stuff first. But fear not! You’ll come back to Zeffo soon, and from there you can head towards the Tomb of Miktrull.

Navigating the Tomb of Miktrull is far from straightforward, but essentially you just want to keep pushing on past all of the platforming elements and hordes of Stormtroopers (if you reach an area with lots of enormous horizontal sliding doors that you can use Force Slow on to get through, you’re nearly there). Keep pushing on, and once you reach a certain platform in one of the largest spaces in the Tomb, an imperial ship will appear and destroy the platform, causing you to drop your lightsaber in a cutscene.

This will trigger another flashback to Cal’s training, this time learning the powers of Force Pull. And good thing, too, because it enables him to Force Pull his lightsaber back after the memory has run its course – and after this point, you have access to Force Pull! Simple as that!w 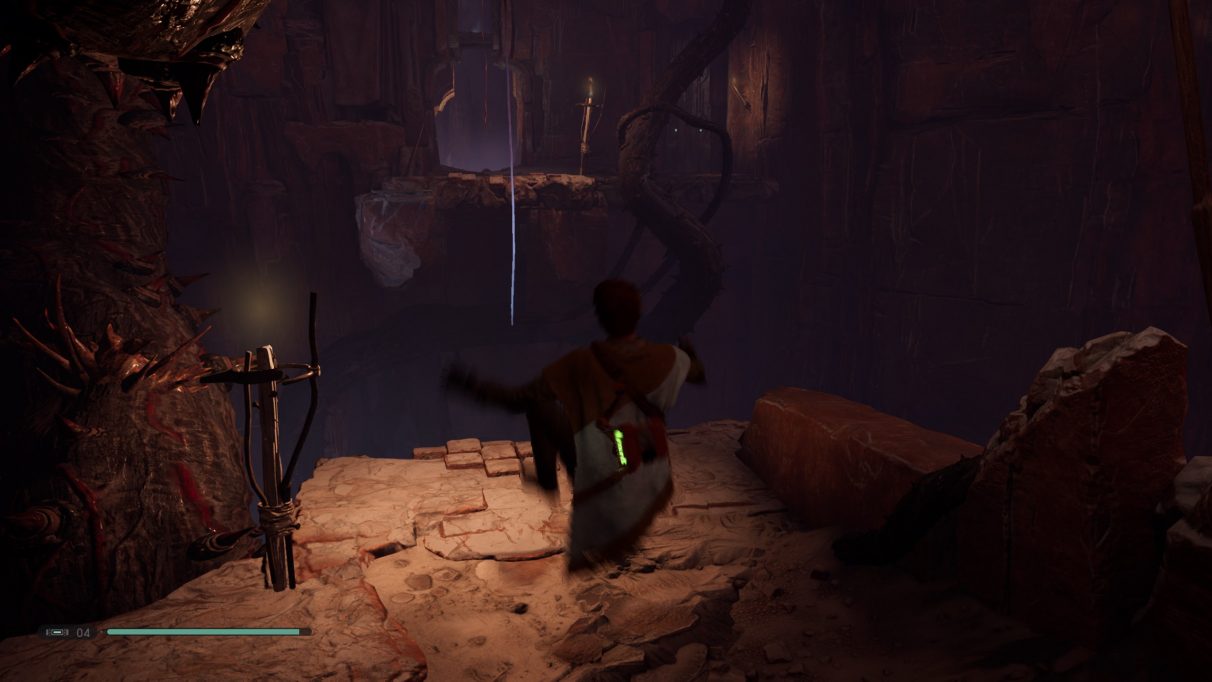 The final major Force Power in Jedi: Fallen Order is Double Jump. I know, it doesn’t sound much like a Force Power. Call it Force Jump if it makes you feel better – but the fact is that this is the final moment where a flashback to Cal’s training at the hand of Jaro Tapal results in another ability unlock.

To unlock Double Jump, you’ll need to progress a little further into the Jedi: Fallen Order campaign, until you reach the story mission which requires you to head to Kashyyyk for the second time in order to find and speak to a certain Wookiee freedom fighter. Your travels throughout this bouncy segment of the campaign will lead you into the path of a giant bird that intervenes and saves you (for the moment) from death at the hand of the Ninth Sister. If you reach this point, you’ll know that you’re getting very close to unlocking Double Jump.

There is a moment where you have to bounce down a line of Lung Plants (the plants that bounce you upwards), and this bouncing will trigger another of Cal’s memories, during which he learns how to Double Jump. And once you’re back, you can Double Jump! This also means you can now return to that jump you’ll no doubt have come across on Dathomir, where you met the mysterious robed stranger.

And with that, we’ll conclude this Star Wars Jedi: Fallen Order Force Powers guide. Hopefully this has solved a couple of the quandaries plaguing you regarding how and when you’re meant to gain access to the Force abilities we’ve all come to know and love. Now, why not take a look at our Star Wars Jedi: Fallen Order skills guide for full details on how to make the most out of these Force Powers?