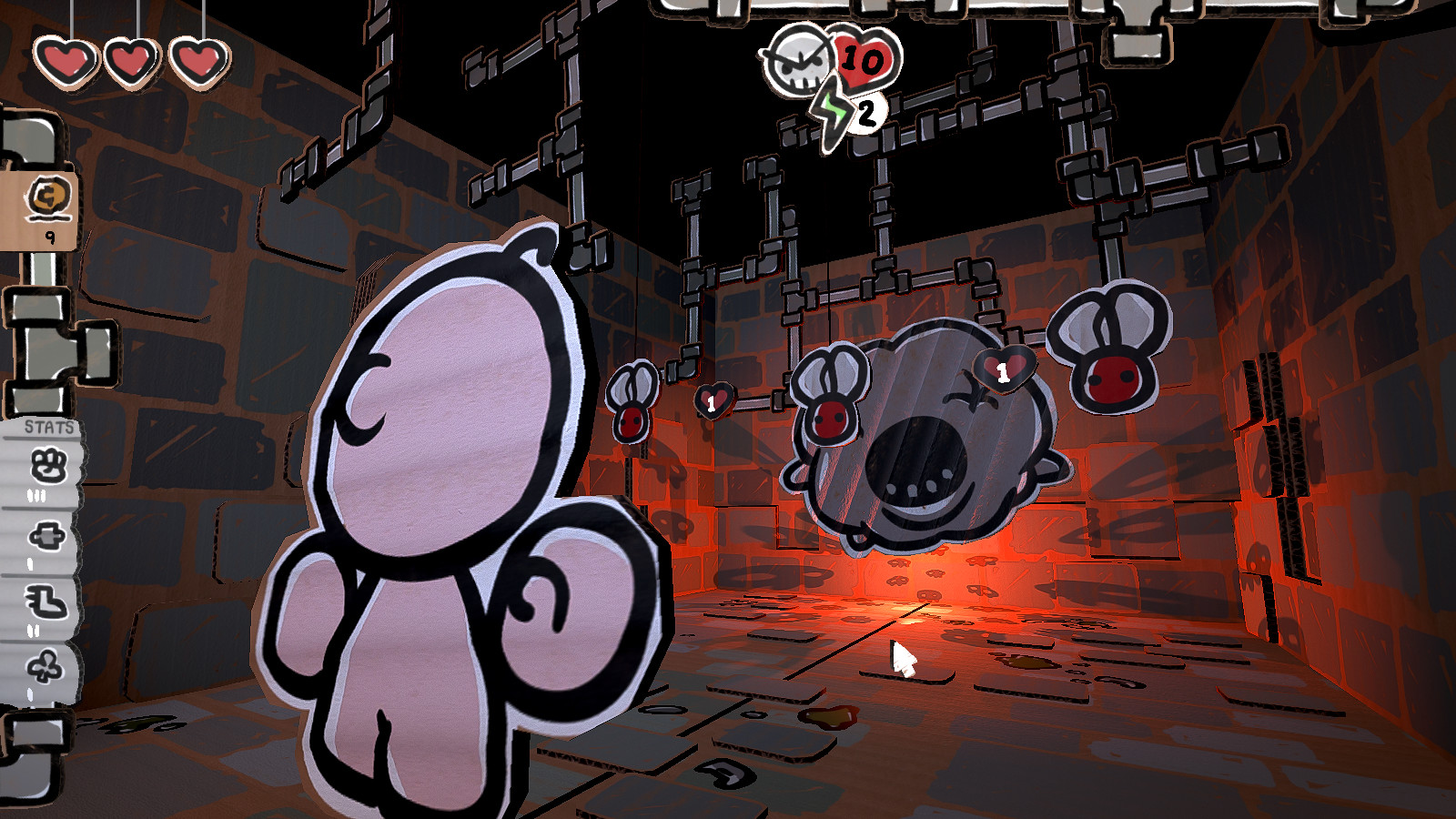 By my estimates, roughly seven trillion so-called roguelikes have come out since Edmund McMillan first offered up The Binding Of Isaac back in (oh no) 2011. But you can’t keep McMillan and his naked infant children out of the basement for long. The Legend Of Bum-bo, a strange deckbuilding/match-four mashup painted in cardboard, embarks on its gross-out adventure today.

I’m not sure about the acting here, mind. Bum-bo’s performance is rather stiff. Wooden, perhaps. What’s the word…

Now, I was never really one for The Binding Of Isaac (or its increasingly strange sequels). Whether it was the floaty movement or the overly scatological humour, it never quite devoured my time in the same way as Nuclear Throne or Enter The Gungeon. But I’ve done the maths, and I reckon six trillion so-called roguelikes have come and passed since Isaac’s first trip to the basement. It’s hard to argue McMillan’s hit didn’t leave a permanent, shit-smeared mark on the scene.

Rather than offering another top-down cry ’em up, Bum-bo is a tile-based tactical match-four. Matches turn into attacks and generate energy to use items, which are collected and upgraded over the course of a run, as Bum-bo faces a rogue’s gallery of flies and mutilated children. Yup. It’s an Isaac game.

Keeping to the spirit of Isaac, various Bum-bos (fat Bum-bo! weird Bum-bo) bring their own spin to the table, helping you take down delightfully grim bosses. It’s a rather strange game to describe, mind. Thankfully co-developer James Interactive (who previously pitched in on Isaac’s horrifying live-action trailers) has put up some lengthy gameplay footage to help you get to grips with Bum-bo:

Is it as good as its timeless predecessor, though? Our Matt is penned in for a trip down the basement to give us his full verdict next week.