The Jedi Order has fallen, and it’s up to surviving Padawan Cal Kestis to complete his training and stay one step ahead of the Empire. Respawn Entertainment created a galaxy-spanning adventure in Star Wars Jedi: Fallen Order, which drops one week from today on November 15. Who’s ready to topple an AT-ST all by themselves?

Earlier in the week, keep your senses sharp while playing escape-room-adventure Last Labyrinth. You and fellow captive Katia will have to rely on body language and non-verbal communication to survive a treacherous mansion. 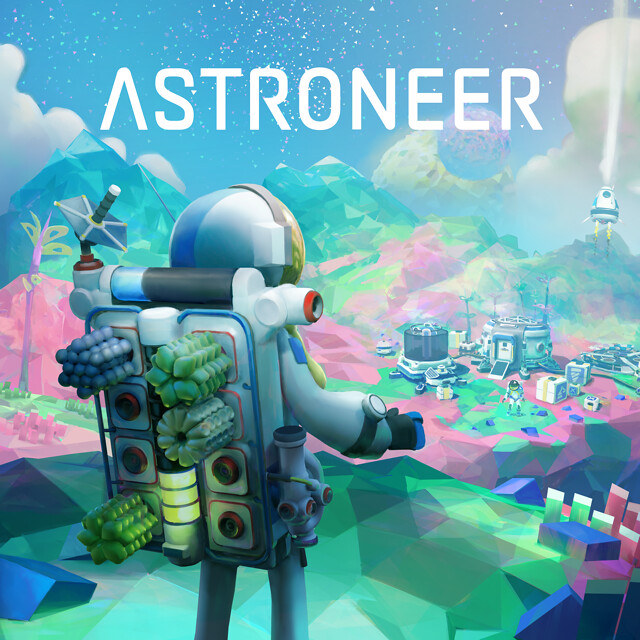 Astroneer is a space sandbox adventure, where players can work together to build custom bases above or below ground, create vehicles to explore a vast solar system, and use terrain to create anything they can imagine. A player’s creativity and ingenuity are the key to thriving on exciting planetary adventures!
Bee Simulator
PS4 — Digital, Retail 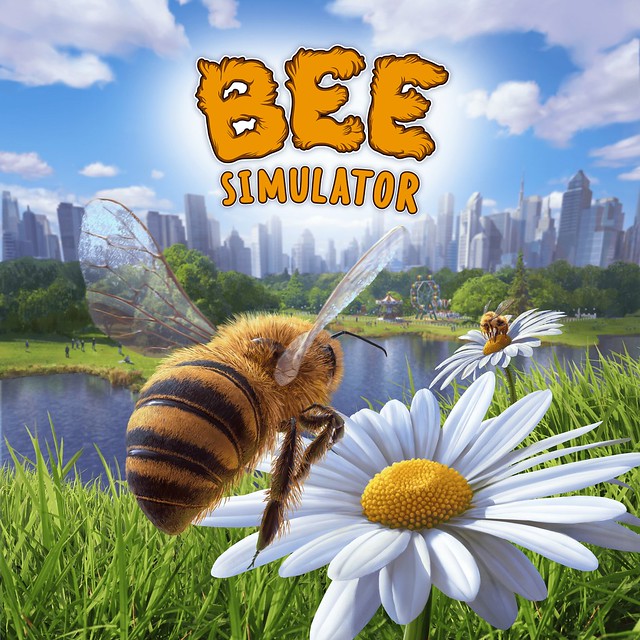 See the world through the eyes of a bee! Explore a world inspired by Central Park where you can take part in bee races, collect pollen from rare flowers and defy dangerous wasps. Play with friends or family in three game modes, including co-op and PvP on split screen.
Contagion VR: Outbreak
PS VR — Digital 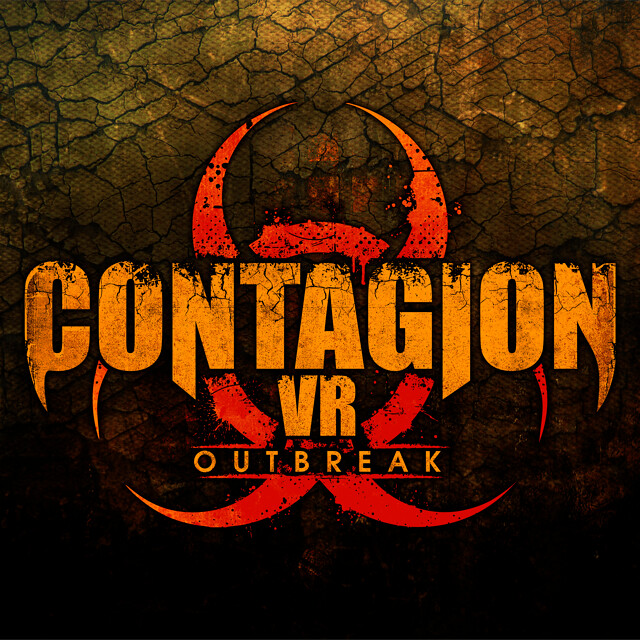 Dive deep into the events of the initial zombie outbreak. Explore the world through different perspectives and experience the beginning of the end in our single player campaign. With limited resources, make your way out in Free Roam. Familiarize yourself with each weapon in the Firing Range and best your scores if you can!
Doctor Who: The Edge of Time
PS4 — Digital 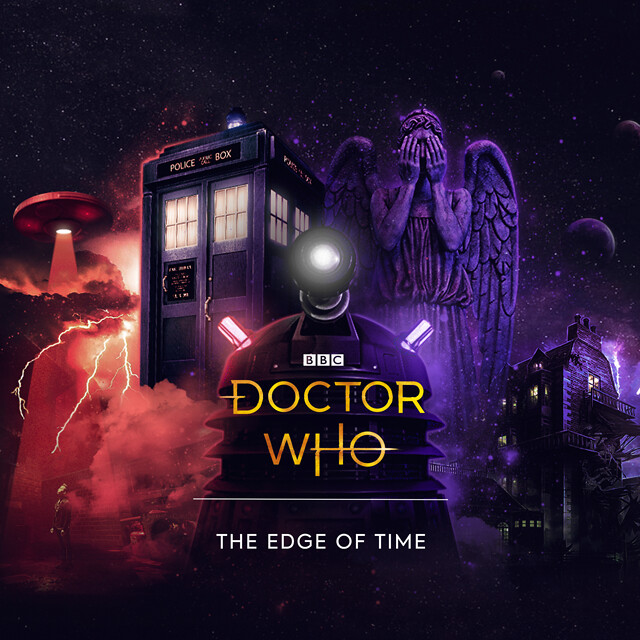 A new mysterious enemy threatens to tear apart the universe and only you can stop them! Doctor Who: The Edge Of Time lets players embark on an adventure through space and time. Travel across the universe, visit alien locations, pilot the TARDIS, and solve the mystery of the controlling force behind the Reality Virus.
Fractured Minds
PS4 — Digital (Out 11/14) 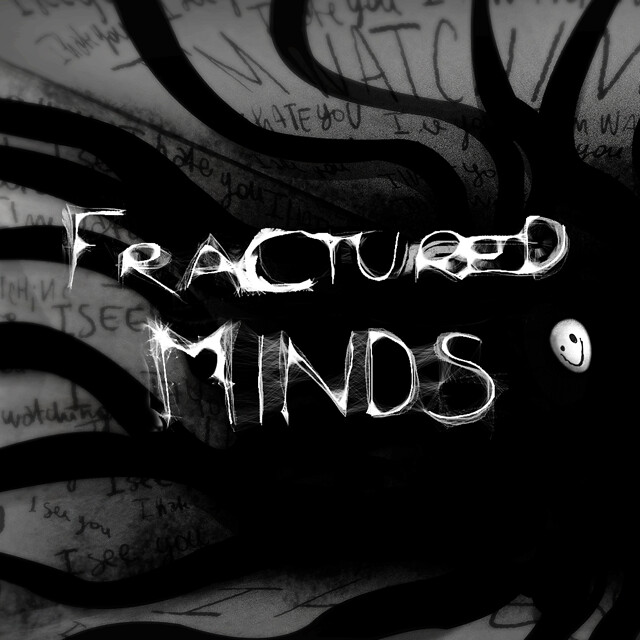 Fractured Minds is an immersive artistic short game, exploring anxiety and mental health issues. Embark on a journey through the human psyche to experience the everyday challenges associated with these conditions. Winner of the BAFTA Young Game Designers Award.
PS VR — Digital (Out 11/15) 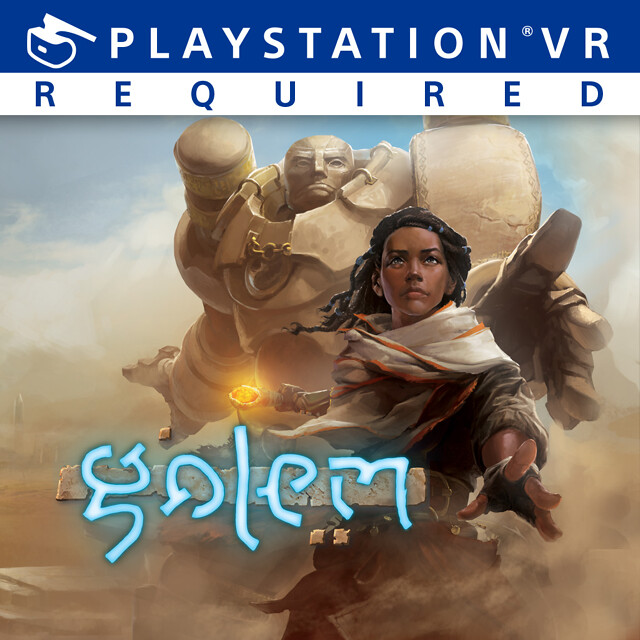 Enter a mysterious storybook world and take the role of Twine, an adventurous kid who has been seriously injured in an accident. Even though you are unable to leave your bed during your recovery, you never stop dreaming of exploring the outside world. That is, until you discover that you have the ability to create and control stone creatures called golems, seeing through their eyes and controlling their actions.
Kitten’d
PS VR — Digital (Out 11/14) 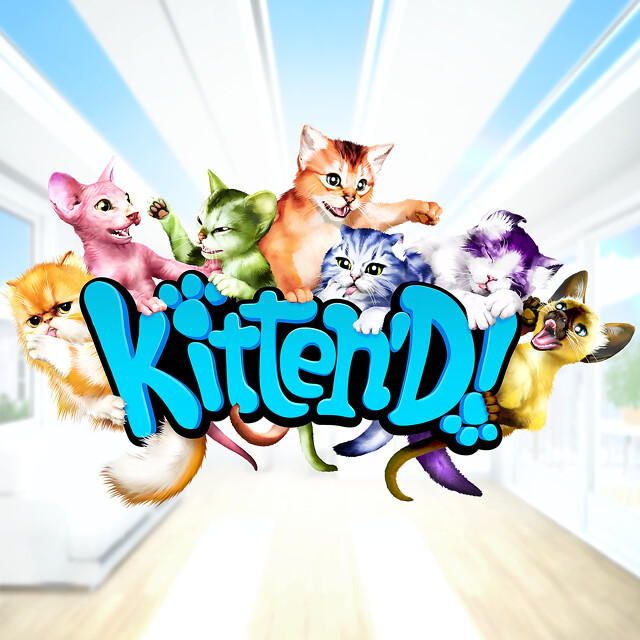 Take care of cute kittens – lots and lots of cute kittens! Get points for keeping them happy and lose points for everything they destroy. Use points to upgrade your tools. Get an automatic food dispenser or clean up poop faster with the PoopScoop 3000! What awaits inside the next box?!
Last Labyrinth
PS4 — Digital (Out 11/13) 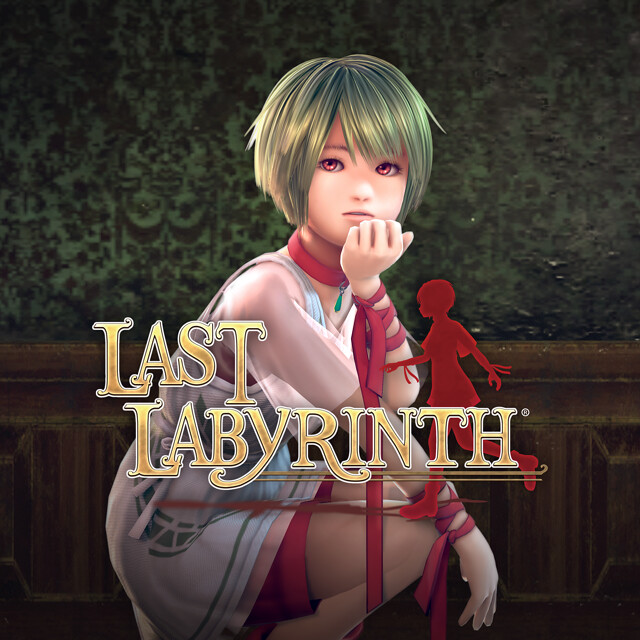 Escape a merciless mansion alongside a girl words cannot reach, in an escape-the-room adventure game that can only be experienced in VR. Players must work to escape a mansion full of hidden dangers with a mysterious girl that appears before them.
Mad Games Tycoon
PS4 — Digital (Out 11/14) 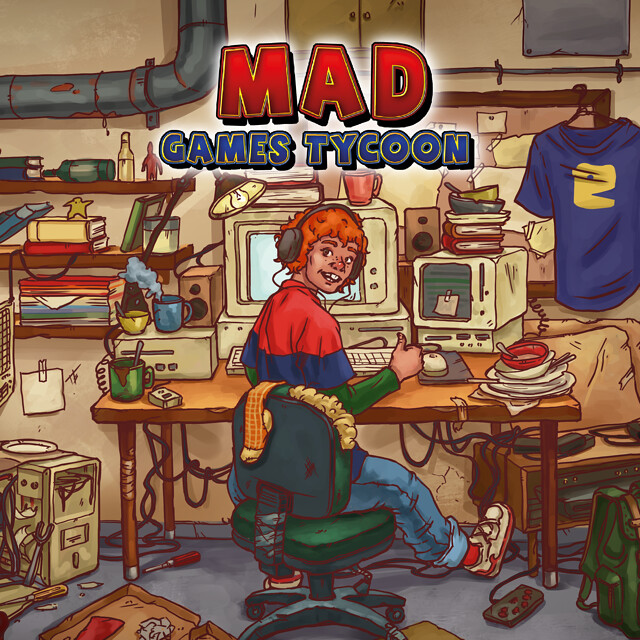 In Mad Games Tycoon, build your own Gaming Empire. Start your own game studio in the early 80s. The journey begins in a small garage with little money and limited resources. Create new game concepts, set up your team and develop the next million hit. Research new technologies, train employees and buy new and larger office space.
Mercenaries Wings: The False Phoenix
PS4 — Digital (Out 11/13) 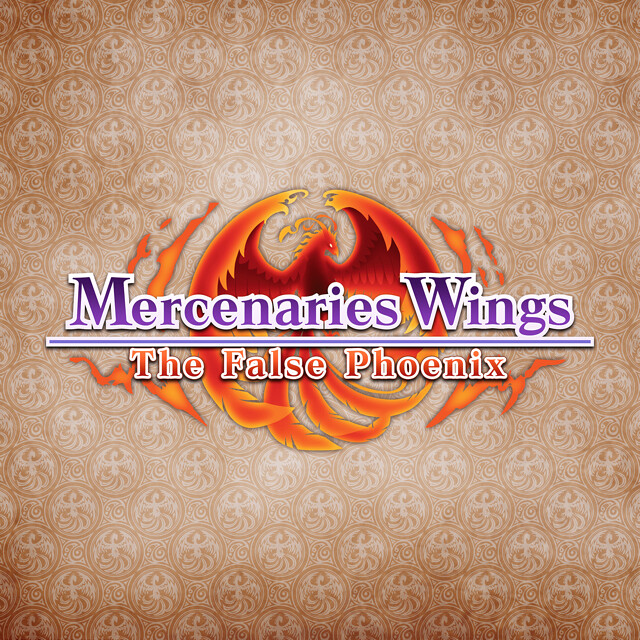 Mercenaries Wings: The False Phoenix is a tactical RPG in which players take control of mercenaries for hire. Hired by a King on a mission to reclaim his kingdom, the group of mercenaries are sent to fight a rebel army as commanded, risking life in exchange for precious coin.
Neverwinter Nights: Enhanced Edition
PS4 — Digital 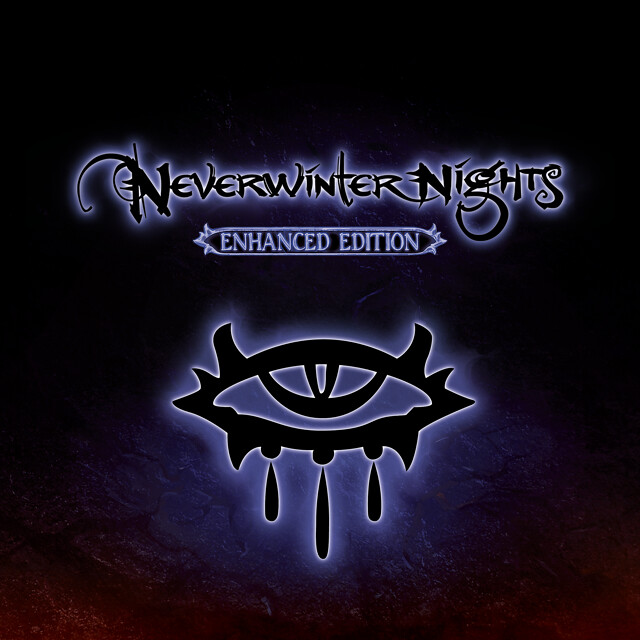 Slink through the shadows as a deadly half-elven rogue, wield fearsome magics as a powerful gnomish sorcerer, vanquish your foes as an armor-clad dwarven paladin… whatever hero you create, incredible adventures await.
Romancing SaGa 3
PS4, PS Vita — Digital (Out 11/11) 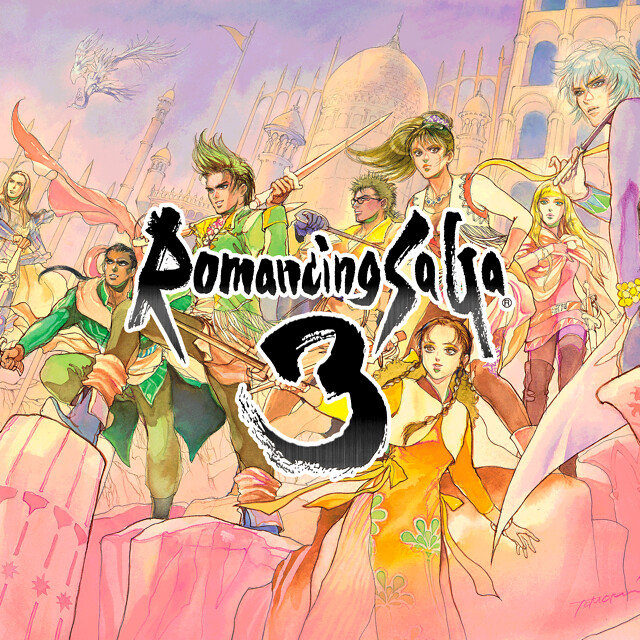 The celebrated RPG classic comes west for the first time! Developed by industry veterans, Romancing SaGa 3 was originally released in Japan in 1995. This HD remaster of the legendary RPG masterpiece introduces optimized graphics, a new dungeon to explore, new scenarios and a new game+ function.
PS4 — Digital, Retail (Out 11/14) 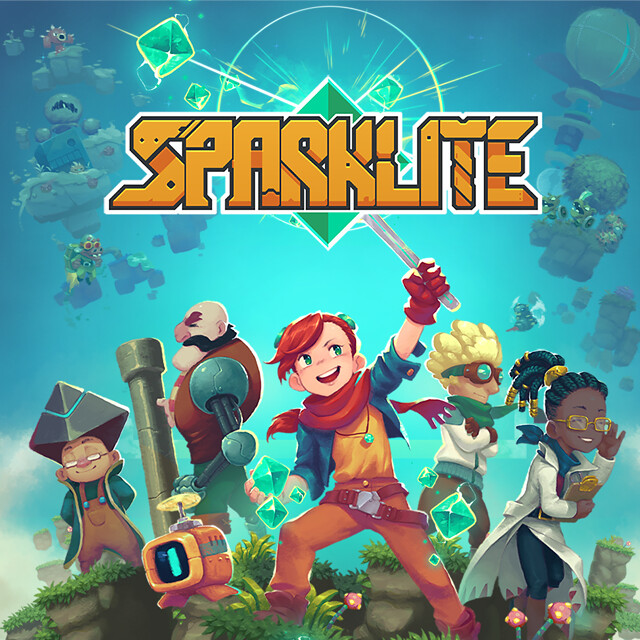 Sparklite is an action-adventure set in the whimsical and ever-changing land of Geodia. Battle foes in top-down action using an arsenal of gadgets, guns, and gear. Explore dangerous corners of the procedurally generated world, take down titans of the mining industry, and harness the power of Sparklite!
Star Wars Jedi: Fallen Order
PS4 — Digital, Retail (Out 11/15) 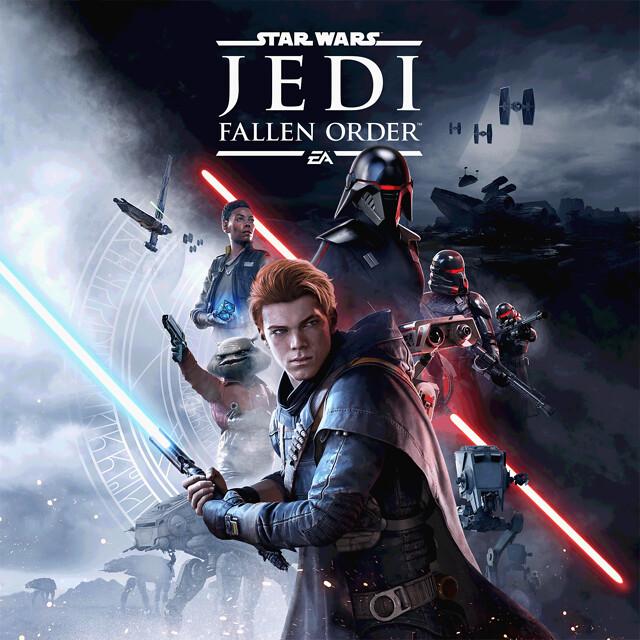 A galaxy-spanning adventure awaits in Star Wars Jedi: Fallen Order, a 3rd person action-adventure title from Respawn Entertainment. An abandoned Padawan must complete his training, develop new powerful Force abilities, and master the art of the lightsaber – all while staying one step ahead of the Empire.
VR Ping Pong Pro
PS VR — Digital, Retail 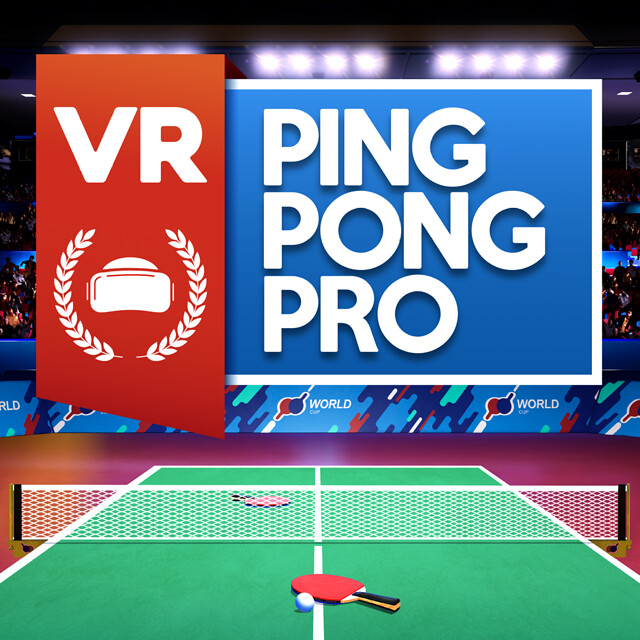 Rackets at the ready! VR Ping Pong Pro is the follow up to the hit table tennis simulator of 2016, VR Ping Pong. Test your skills with a variety of challenging game modes, as you rise up the ranks to become the true Ping Pong Pro! Do you have what it takes? Pick up your virtual racket and find out!
PS4 — Digital (Out 11/15) 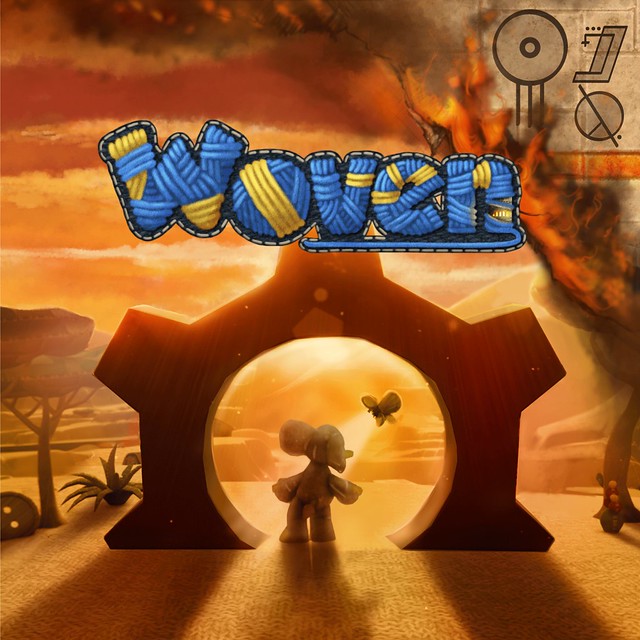 Explore a woollen world where stuffed animals once lived in peace. Search for hidden secrets and customize your character with different animal shapes to solve puzzles. An epic adventure with two very unlikely heroes and a story narrated in rhyme.
PS4 — Digital 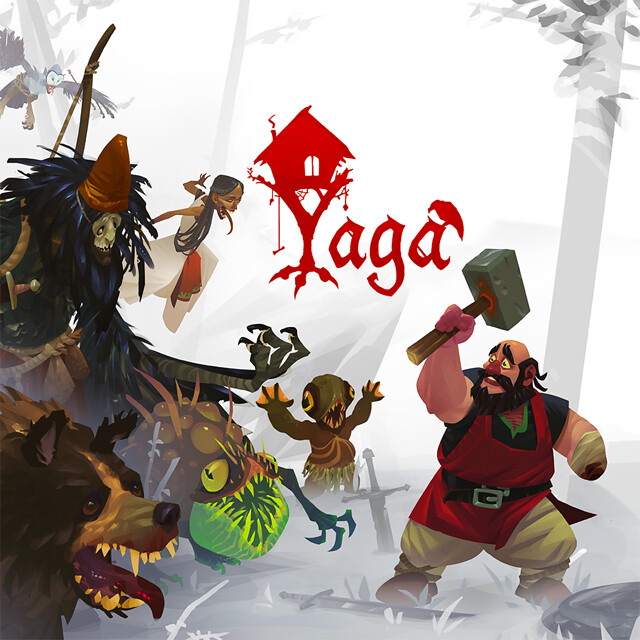 Smash, clobber and bash the murderous legends of Slavic mythology in this darkly funny action role-playing game that changes every time you play. Play as Ivan, a one-handed blacksmith with incredibly bad luck, who must take on the impossible tasks given to him by the tzar.