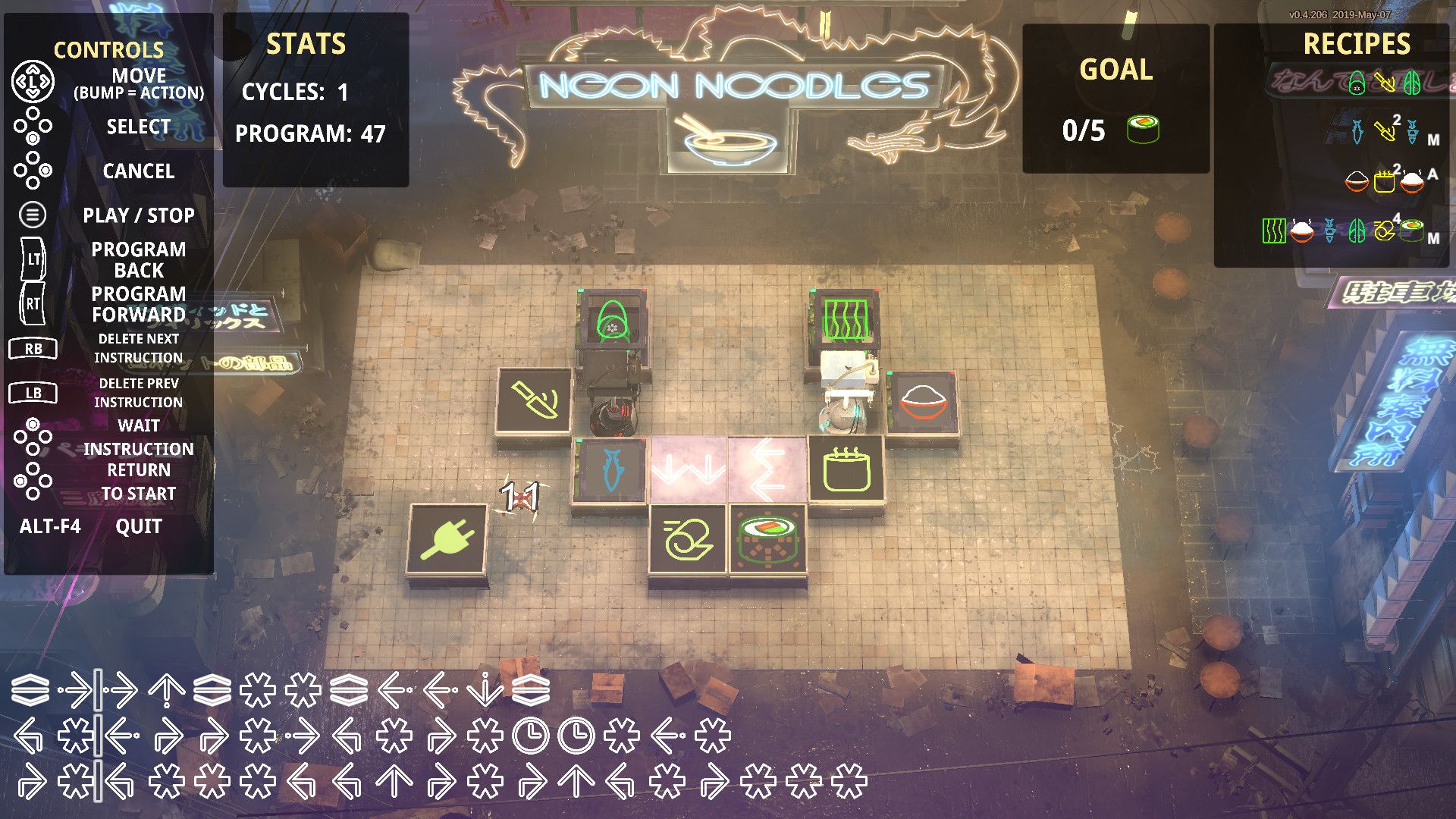 We’re living in a Zachlike world. It’s a world where games can be about the internal rhythm of things, and where you can create works of art from rulesets. It’s why Zachtronic’s game Opus Magnum let people share gifs of what they’ve made, explained here by game developer and ex-desk sharer of mine, Tom Francis. And yet this post isn’t about a Zach Barth game. This is about Neon Noodles, a game about optimising the work of robot chefs as they prepare meals. It’s the perfect format because food is both a science and art. The open beta is free on Steam right now.

Here are some wee bots making nom-noms for your visual and aural pleasure. I needed this, today.

Well, you can see the influence there, eh? You’re automating the cooking process with robots, crafting the perfect loop that will end up with a complete meal. Here’s a gif that shows off a recipe that you can easily follow: chopping avocados for guacamole.

Like Opus Magnum, the only thing stopping you from having the recipe being as wonky as a dropped omelette is your own sense of aesthetics. Or your place on the leaderboards, if you care about such things. There will be over 100 recipes to work out, built from over 200 ingredients from around the world. I hope that means there’s square sausage.

You can grab it right now from Steam. The game’s in open beta for you to test out before its early access release later this year.