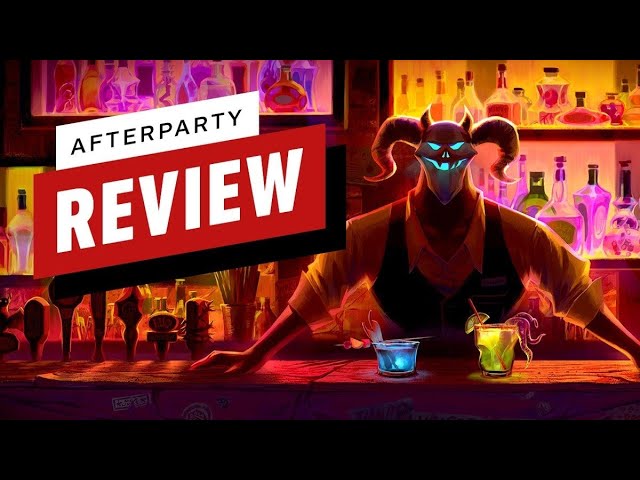 Reviews
Share on Facebook
Share on Twitter
Share on Pinterest
Share on LinkedIn
IGN’s Jonathon Dornbush reviews Night School Studio’s Afterparty, the next game from the Oxenfree developers. Afterparty tells the story of two friends, Milo and Lola (Khoi Dao and Janina Gavankar, respectively), who find themselves in Hell and trying to escape, believing they’ve wrongly ended up there.

The only way out? Outdrink Satan (The Walking Dead’s Dave Fennoy). But the path there is not so easy, and Afterparty’s gameplay will have players choosing dialogue, drinking cocktails of the underworld, and navigating the bar scene in Hell on the way to Satan’s.

Afterparty will be released on October 29 for PC and Mac, PS4, and Xbox One.