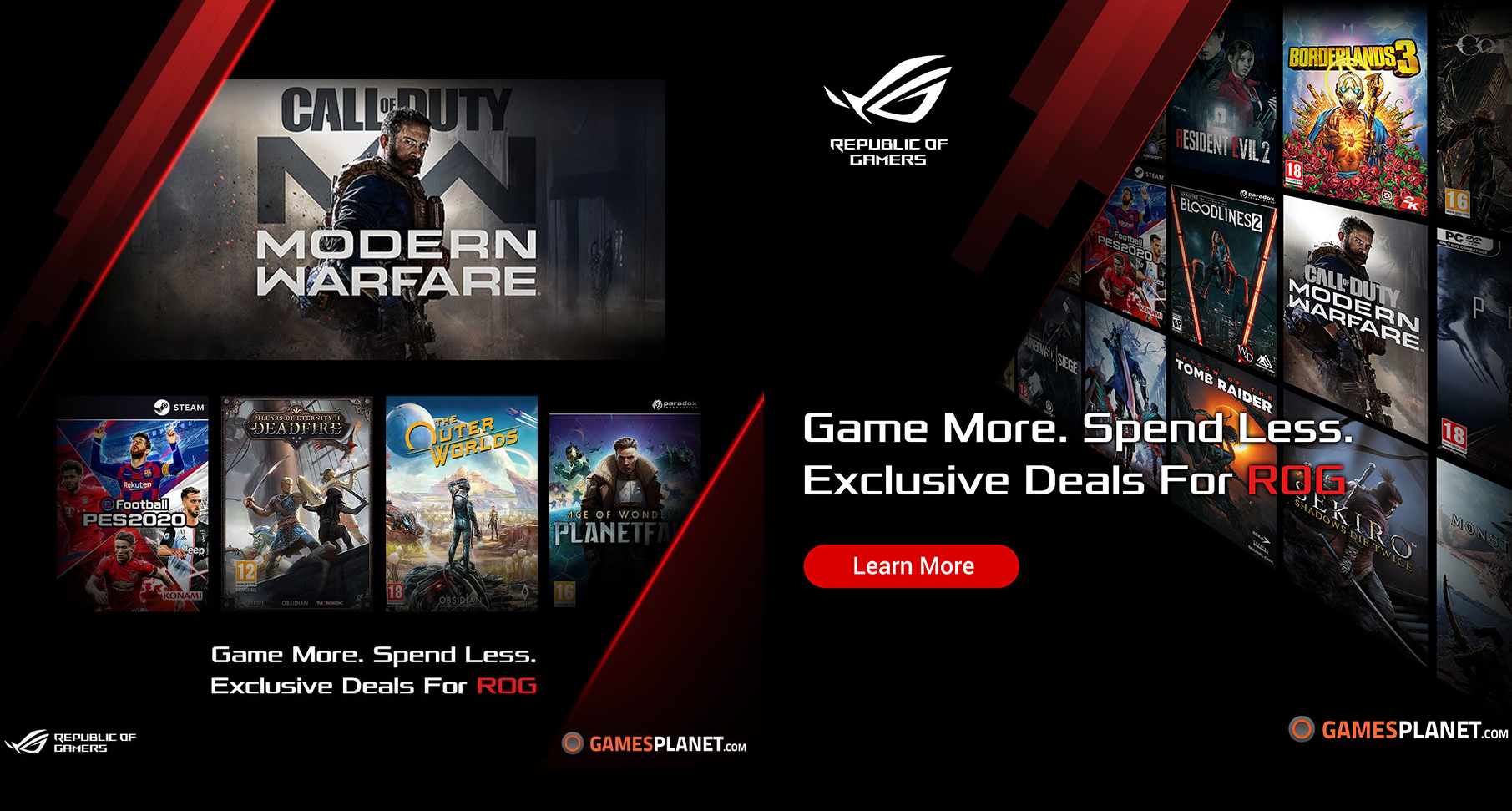 Good news for anyone with a bit of Asus-branded gaming kit today, as the kings of RGB hardware have announced they’ve teamed up with the folks over at GamesPlanet to launch a brand-new game deals program. There are quite a few catches involved, but provided you’re willing to sign up for an Asus account, register any Asus product you own and install their free Armoury Crate software, then you’ll be able to get up to 50% off a bunch of games from all the big publishers every week. Here’s how it works.

It’s pretty convoluted, but if you’ve got a bit of Asus hardware and are forever searching for the very best deals on all the latest games, then it will probably be worth taking the time to set it all up. As I’ve just mentioned, the scheme is only open to those who own a bit of Asus hardware. Armoury Crate is free for everyone, but you’ll need to log into your Asus account and register said Asus hardware to get the special ‘ROG VIP’ deals price. And for that, you’re going to need to dig out the original box and find the product’s serial number.

I should stress, Armoury Crate isn’t another launcher like Steam or the Epic Games Store. Indeed, if you already own a bit of Asus hardware, then there’s a high probability you’ve got it installed already, as this piece of software lets you adjust your PC’s RGB lighting and gaming profiles. Now, however, you’ll find a bunch of game deals in Armoury Crate’s ‘Featured’ tab. Click on a game, and you’ll be taken to a product page with a button to buy or pre-order now. You’ll also see GamesPlanet’s regular deals price, and what you’ll get as a ROG VIP member next to it.

Click on the buy button and you’ll be fired over to GamesPlanet, where you’ll also need a GamesPlanet account that links to your Asus one. Only then can you buy your game at the special Asus price, and get your Steam / Epic / UPlay / whatever code like normal.

It’s a bit of a faff, I’ll admit, but when it shaves a couple of extra pounds / dollars / euros off big games such as The Outer Worlds, Call of Duty: Modern Warfare, PES 2020, Age of Wonders: Planetfall, Pillars of Eternity II: Deadfire, Borderlands 3, Code Vein, The Surge 2 and Trine 4 to name just a few of the games on there at the moment, it’s probably just about worth it if you want to be absolutely sure you’re getting the bestest best price.

Deals will rotate each week, too, with Asus promising at least five major game discounts you won’t find anywhere else. Call of Duty: Modern Warfare is the first of these special deals, and more will be added in due course. For more details, head to Asus’ website.