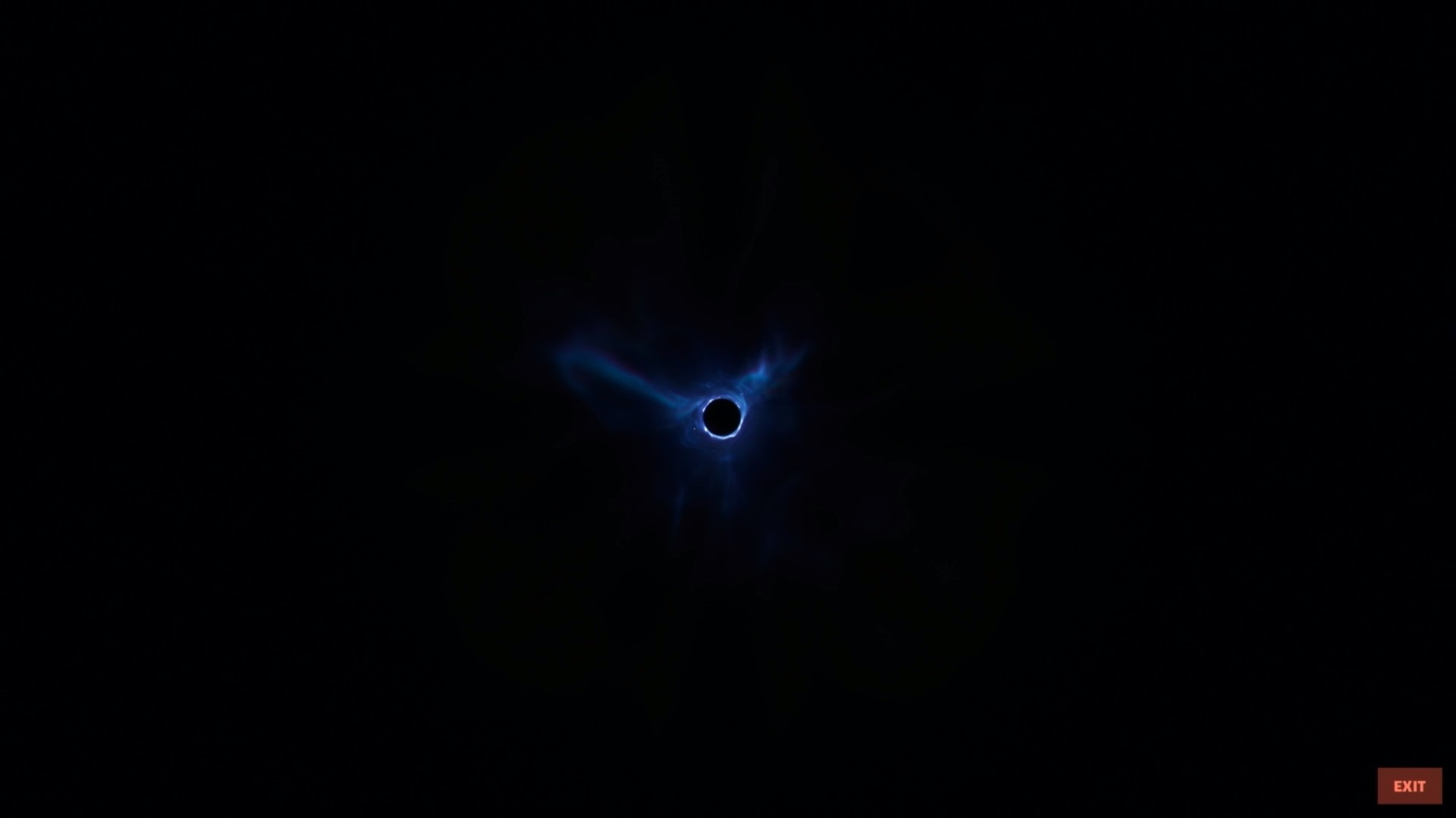 Fortnite: Battle Royale‘s ominous countdown has ended, and a rocket barrage fractured its (extremely pretty) skydome. Then all the players, the entire map, and even the long-suffering battle bus were hoovered up into oblivion. Now the entire game’s been replaced by a mysterious (and occasionally horrifically flickering) black hole. A normal Sunday night.

The black hole is the only thing players can see right now, along with a big red exit button. Probably don’t hit that though; it quits the game and the servers are hammered by folks who want to be part of the event, so you might not get back in.

It’s fascinating to me that, currently, Fortnite: Battle Royale has ceased to exist. The same thing happened when they closed it down for the Marshmello concert, but at least that gave players something to do beyond stare into the void.

Then again, Epic did say that this was the end, so I’m not sure what anyone was expecting.

Admittedly possibly a new map, given the leaks for something called “Fortnite: Chapter 2” earlier in the week. Which could still emerge from this black hole! But so far, nothing.

They’re teasing a clean slate, said Nat in that headline. Not sure she meant this clean.

While you’re watching the black hole do nothing, spare a thought for the employees who worked potentially massive overtime to put this together, yeah?

Capcom Fighting Collection Review
OmegaBot to deliver colorful side-scrolling action to PC and console this September
The Cycle: Frontier greets the launch of season one with a smile and a bullet today
PS Plus Premium and Extra: Here’s the Full List of Games for Europe
The Quarry Review