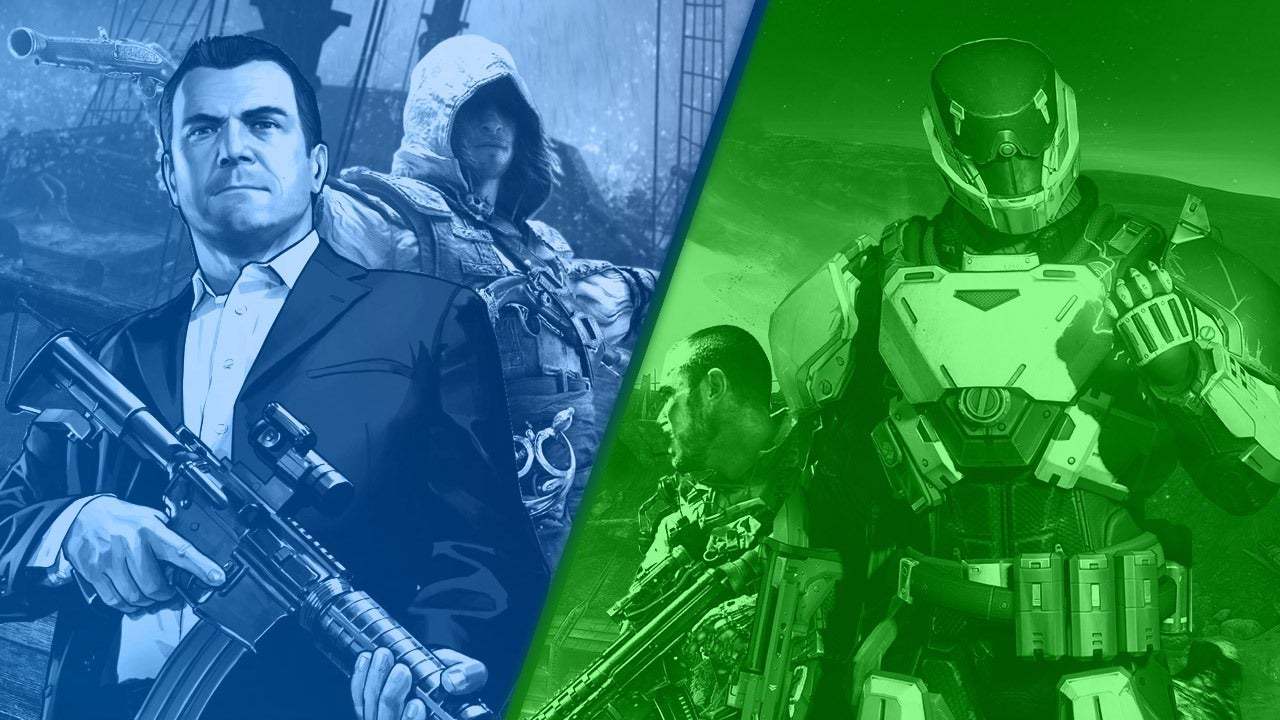 As we approach the launch of a new round of consoles from Microsoft and Sony in holiday 2020, those of us who enjoy discussing the hobby of video games are all bracing for the inevitable, corresponding rise in online chest-thumping and trolling from die-hard devotees of both companies. But this time around, things can be different: thanks to the long-overdue arrival of cross-play between PlayStation, Xbox, PC, and Switch players in certain games, there’s a real opportunity to channel that mean-spirited Console Warrior energy into something good and fun for everybody.

Imagine Microsoft, Sony, and Nintendo actively rallying their fans to play, say, Rocket League or Fortnite during the following week and opt into platform-based matchmaking so they can wave the flag for their teams by scoring victories in a given game mode. (PC gamers don’t have a corporate overlord, but have never been shy about showing up to an opportunity to demonstrate superiority.) Or, in the forthcoming Call of Duty: Modern Warfare, it could be the Blue Team vs the Green Team, with PlayStation and Xbox logos emblazoned on their military fatigues. Who will win? How will the platform owners reward the winners and incentivize the losers to fight harder next time? Is hiring pro gamers to turn the tide of battle off-limits? We’d find out!

This could let overzealous fans advocate for their gaming hardware of choice with awesome and intense in-game actions instead of petty bickering, slap-fighting, and trolling in comment sections. Whenever we see people calling each other “Xbots” or “Ponies” over resolution and frame rate differences, we can tell them to stop wasting everybody’s time and settle it on the battlefield.

Tell platform warriors to stop bickering and settle it on the battlefield.

Just like that, a nasty exchange of insults turns into an in-game rivalry where everybody’s having fun instead of getting angry. I mean, I’m sure there’d still be insults, but that’s pretty standard for online multiplayer gaming. Turning the competition between platforms from a blood feud into something more like joining a sports team would be a big improvement.

Would PC players have an advantage in any such battle in games where precise aiming matters? Absolutely. But when you know the playing field isn’t level you can tilt it in other ways, like limiting the PC side to have fewer players or adjusting the matchmaking to pair higher-rated console players against weaker mouse and keyboard teams. It just takes a little imagination and putting your thumb on the scale in the right way to make a lopsided battle fun for everybody.

Arguably, dividing players by platform is contrary to the unifying spirit of cross-play, where everyone is at last swimming in the same community pool. But as long as there are multiple gaming devices to choose from there will be sides to pick and clubs within that larger online group, and friendly competition between them is the kind of good-natured platform war I can actually get behind.

Dan Stapleton is IGN’s Reviews Editor. You can follow him on Twitter for a steady stream of grammar rants, dumb jokes, and nerdy gaming takes.