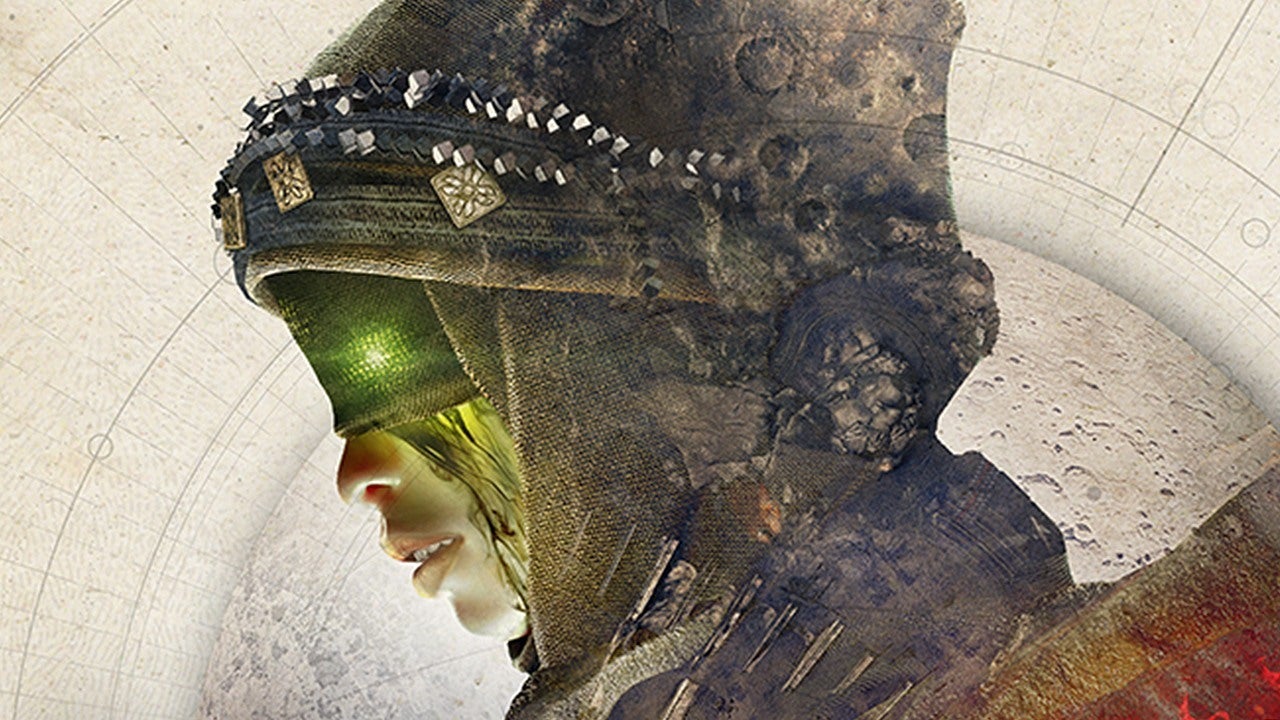 If Shadowkeep makes anything crystal clear, it’s that it was built for the hardcore audience that’s stuck with Destiny 2 for years through good times and bad, even if its new features run the risk of confusing and alienating new players. With important changes to Destiny’s sandbox and an added focus on RPG mechanics, customization, and high-end loot to chase, Shadowkeep is a big step in the right direction in a lot of ways, but also feels like it’s setting Destiny 2 up for a bright future that isn’t quite here yet.

With each new expansion Destiny 2 seems determined to reinvent itself, and Shadowkeep is no exception. This time the big push is centered around making everything more complex, customizable, RPG-like, and downright nerdy. The host of tweaks and adjustments the newly independent Bungie’s made to this end are numerous: armor, the quest tab, and additional progression systems provide more rewards and customization options for truly committed Guardians. For veterans who enjoy the neverending grind and the ability to improve and customize in the manner of their choosing, life has never been better.The biggest barrier of entry for someone new to Destiny 2 these days, though, is in learning the almost absurd number of currencies, upgrade paths, leveling systems, and power grinds – that all gets in the way of those who were hoping to simply log on and shoot some moon goblins in the face, and Shadowkeep only makes that problem worse. As a longtime player who has a passionate love-hate relationship with Destiny, I find myself somewhere in the middle of these two extremes, and it’ll likely take a while for the dust to settle enough for me to see where I stand in the long run. (By which point there may be another expansion to address that problem!)

Tweaking my abilities to create the perfect murder cocktail rewarding in its own right.

Using the new armor system I was able to make a sweaty PvP loadout focused on maximizing hand cannon efficiency, and also a raid-specific loadout designed to take down enemy shields and deal with special enemy types. While the results I got from some loadouts weren’t always immediately noticeable out in the field, tweaking my abilities to create the perfect murder cocktail is a rewarding experience in its own right and is bound to get better over time once I’ve maxed out my armor’s power.

Of course, not all additions in Shadowkeep make Destiny 2 more complicated – some are just good old-fashioned fun, like finishers. Finishers give you the option to execute weakened enemies with some extra pizzazz, like by sending them flying with a punch or roundhouse kicking them in the face. If you’ve played Doom (2016) and enjoyed the awesomeness that is “Glory Kills,” you’ll feel right at home here. In addition to being pretty badass, finishers also provide tactical benefits like damage resistance during the animation and the ability to instantly kill enemies at a distance, since finishers can have a pretty generous range. There aren’t a ton of different finishers to choose from at this point and they have to be manually changed, which can make using them pretty repetitive, but there’s a lot of potential for this to evolve over time and I’m honestly completely here for it.

Shadowkeep’s campaign has you working with series veteran and walking cursed image, Eris Morn, on a vague quest to stop some bad things from going down on Earth’s moon. But what starts as a generic, lunar-based hero’s journey quickly reveals itself to be a chilling and tense reflection upon your character’s story so far, with heavy foreshadowing of an even more challenging path set out before you. Unfortunately, the excitement ends just as quickly as it begins when, only four or five hours later, the story grinds to a halt so abruptly it might give you whiplash. Precisely when the stakes seem to be the highest, they drop you back into a patrol zone and leave you to discover that the campaign has ended with absolutely no fanfare. In fact, I wasn’t even sure the campaign was over until Bungie emailed me to offer a printable Eris Morn mask as a reward for beating the campaign. At least now I have something to wear that will hide my tears caused by sheer lack of a payoff.

Shadowkeep ends up feeling like the first act of a larger story.

The moon is Shadowkeep’s principal setting and will feel familiar to fans of Destiny, but things have gotten a whole lot spookier since the last time our boots touched its dusty surface. Gray craters have been split open, revealing sickly, luminous innards and rocky hills have been replaced by nefarious-looking spires and hive agents performing their wicked magic. To make matters worse, phantoms can be found in every corner, looming creepily or sometimes even calling out to you to offer missions. It’s such an interesting refresh of an existing area that it almost never bothered me that the patrol zone is essentially a reskinning of the same space we all remember from the original Destiny.

Though Shadowkeep’s story has some great chapters, it ends up feeling like the first act of a larger story that seems like it won’t be completed in the near future. I’d hoped that the raid and new Vex Offensive activity might lead to some additional development in the story, but unfortunately they’re both separate from Shadowkeep’s campaign and seem to be building up a different story that also hasn’t come into its own yet. I’m still hoping some of the planned upcoming content like the second dungeon activity (Oct. 29th) will pull at one of Destiny 2’s many incomplete plot threads, but I think it’s more likely that Bungie will draw this out across multiple years. One of my major complaints with Destiny’s story as a whole is that it kills off its villains too quickly and feels disjointed because of it, so it’s great to see the writers setting up for a story with a longer tail. At the same time, it’s hard to shake off the bad taste the sudden ending left in my mouth.

Every Bungie Game Ever Reviewed by IGN

But in true Destiny fashion, the end of Shadowkeep’s campaign is largely where the larger experience begins, in the form of endgame activities and a grind more threatening than any raid boss could ever hope to be. Bungie has narrowed the available sources of “powerful drops,” which help you level up, to be more focused on new content and the staples of Destiny 2: Strikes, Crucible, and Gambit. That’s a boon for people like me who were becoming overwhelmed by the ever-growing weekly checklist of activities to complete. The new seasonal leveling system, which grants rewards for playing just about any activity, is a nice addition for hardcore fans who are always hungry for more things to chase, but really makes it hard on anyone who doesn’t pay for the premium version via the season pass. There doesn’t seem to be a way to own Shadowkeep without also owning the pass for this season, but in future seasons this could be a bit of a headache, especially when important rewards like exotic weapons are a part of this system. Finally, the new artifact system allows you to unlock powerful new mods and increase your power level seemingly without limit, which is a great addition that also makes understanding power level in Destiny 2 a few degrees more confusing than it already was.

The artifact system is a great addition that also makes understanding power level a few degrees more confusing than it already was.

All of this adds up to an intense and often tedious grind if you’re hoping to reach max power level and unlock Shadowkeep’s most significant rewards that should scare anyone who values their time or fears repetition. It’s not that giving everybody a ton of things to do and items to chase is a bad thing, but the ratio of added grind versus new actual content is heavily out of balance. At least for now, Shadowkeep only adds a couple of campaign missions, one raid, one very mindless new activity, a couple of Strikes, and a few crucible maps, most of which are reskinned Destiny 1 maps — and all of that can be experienced in less than a week of regular play. In order to fill up all the progress bars Bungie’s given you, you’ll need to replay the same stuff over and over again. I love playing Crucible as much as the next Guardian, but that’s a time investment and repetitiveness that might drive even the most hardened Destiny 2 player to drink.

Shadowkeep also fails to provide a weapons refresh as Destiny 2 did with all of its other major expansions, like Forsaken. Vendors offer the same gear they’ve been hawking for the past year or longer, meaning your only new sources of gear are the few new sets found in Shadowkeep’s new activities. What’s worse is that some of those new activities don’t seem to have exclusive drops, like the unique weapons found in Forsaken’s Strikes.

The good news here is that the content Shadowkeep does add is largely great, even if it feels like there’s too little of it, and Bungie has a content calendar that promises more coming in the future, all of which is built into the $30 cost of this expansion. The new raid, which sends you on a quest to stop some milk-powered robots from doing their inappropriate time-travel shenanigans, is one of the best, most challenging activities you could hope to do with a group of friends, though it’ll also test the strength of that friendship. It’s packed with interesting mechanics, like gathering and banking motes Gambit-style and creating a chain of Guardians to guide a beam of light and unlock a door. While the bosses themselves are basically just bigger, slightly modified versions of existing enemy types, the stellar mechanics and high degree of difficulty makes it one of the best raids in Destiny 2. Some of the raid’s encounters are so mechanically demanding it took my fireteam many hours to get through them, but I’m sure by next week someone will have found a way to kill every boss solo using an exploit or something.

I’m less impressed by the Vex Offensive, a new activity for Destiny 2 which is a simple series of arena battles against hordes of Vex. Simply put, this mode is a bland, monotonous grind that doesn’t provide much of a challenge, any interesting mechanics to master, or anything that helps advance the story. You enter the Black Garden, kill some stuff for 15 minutes, and earn minimal rewards in the process. What’s worse is that in order to get the actually useful gear that comes from this event, you’ll need to grind Vex Offensive multiple times, which makes the dullness of it all even more painful. Hopefully, this activity will be iterated upon in the future or at least have different bosses each week, but for now my advice is to avoid it altogether or watch something on your phone while grinding it out.