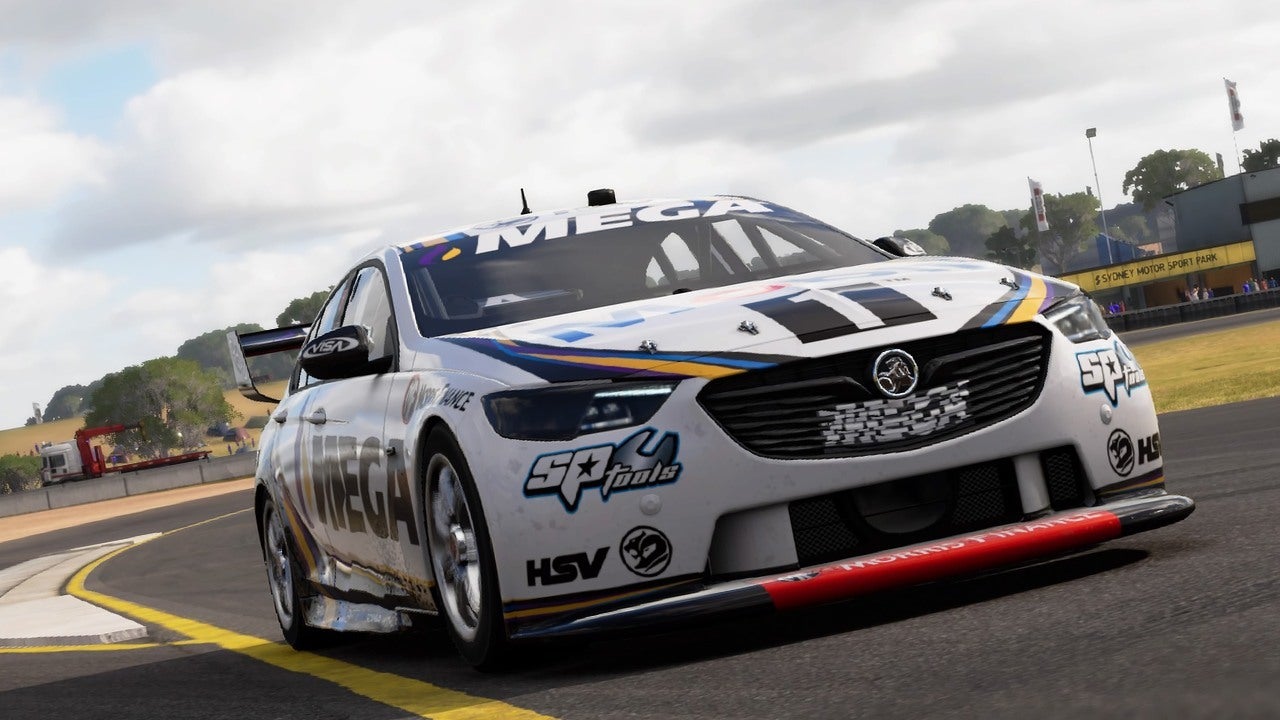 The Grid games have been through a couple of moderate reinventions since the TOCA spin-off franchise first debuted just over a decade ago. For this fourth instalment – simply titled Grid – Codemasters has instead hit the reset button, opting for an overt return to this series’ 2008 roots rather than yet another metamorphosis. Grid Junior is very much the resurrection of 2008’s Grid Senior and, like its namesake, it straddles the line between arcade thrills and something slightly more demanding, delivering exciting and dramatic racing action alongside a modern makeover.Codemasters has earned a good deal of acclaim in recent years for its aggressively hard-nosed racing sims like the F1 series and Dirt Rally, but you should know that Grid is an altogether different beast. With some tinkering in the options menu it can certainly be massaged into a mildly intimidating challenge that’ll spin around drivers who grab too much throttle while trying to hustle through an apex – and there’s always the spectre of dealing with terminal damage without those optional rewinds if you so choose – but iRacing this is not. In its default state, Grid is a grippy, hard-braking, and super-responsive racer that errs towards the arcade end of the spectrum, and I can’t fault it for being faithful to the spirit of its forebear. It’s fun to drive.Accessible is probably an apt description for the handling model here, but it’s not a one-size-fits-all deal and there are noticeable differences between Grid’s wide range of vehicle types. For instance, GT beasts feel stiff and planted compared to the somewhat soggier, oversteer-happy stock cars. Grid reflects the unique characteristics of some of its iconic cars, too, like the dreaded lag in a Ford Sierra Cosworth if you don’t keep the turbo spooled up, or the insane downforce of the aero accessories on a dedicated World Time Attack car, elbow-dropping them straight back onto the track after they grab air. Some basic tuning sliders are present but I mostly only messed with them to get some extra top-end speed on ovals.

The car roster has holes but it covers a decent spectrum of motor-racing metal. It’d be nice to see some fresh faces join the usual retro touring car selection, which is great but mostly the same as it was in Grid Autosport. Still, it is good to see Ferrari, Porsche, and Holden return after lengthy absences. I think my favourite thing about the cars is that, even when they’re rolling onto the grid at the start of an event, they’re chipped, flecked with bits of rubber, and nursing bruises from previous races. They look like race cars that have been pushed out of a truck, not a museum, and I like that lived-in feeling a lot. They sound fine – and there are nice distinctions in the audio baked into the different racing views that may go unnoticed – but overall it seems a little too soft at times.

[T]here are a lot fewer tracks here than there were in Grid Autosport.

Grid features 12 racing locations, a mix of real and fantasy circuits with multiple layouts for each. Some are returning spots that date all the back to the original Grid, like San Francisco and Okutama, and some are completely fresh. There are gorgeous new street circuits based in Shanghai and Havana, plus China’s Zhejiang Circuit, which was still a pile of dirt when Grid: Autosport was released in 2014. Australia’s Sydney Motorsport Park – current home of the World Time Attack Challenge and a great track that’s hugely underrepresented in games – returns to a Codemasters racer for the first time since 2006’s TOCA Race Driver 3/V8 Supercars 3.

The problem is it’s a very slim track selection compared to its racing peers. In fact, there are a lot fewer tracks here than there were in Grid Autosport. Varied time-of-day lighting and the incredible wet-weather effects mitigate this issue slightly, and more locations are slated to arrive as free DLC later on, but stretching just a handful of tracks over so many career events means driving these courses to death for now.

They do look handsome, though; especially at night with fireworks displays illuminating the sky. They’re bright and bursting with colour, and there’s none of that muted look that defines Grid senior and other Codemasters game of that era. The street tracks in particular have excellent atmosphere, too, and are lined with enthusiastic, animated spectators who don ponchos and pop umbrellas when it pours rain and flinch if you go spearing towards them.

Grid divides its progression over a bunch of racing categories, each containing a handful of car classes. Cash is dispensed, cars can be purchased, and experience can be accumulated from various on-track driving feats – it’s pretty standard. Grid Senior’s sponsorship wrangling isn’t featured and team management is limited to hiring a single teammate at a time from a growing list of candidates throughout the main career (though returning Grid and Race Driver players should recognise several key names, which is a cute and reverent touch). Levelling up is how new teammates and various alternate pre-made livery designs are unlocked for use on cars, although the latter is something that feels a bit prehistoric considering custom livery suites are de rigueur for most other big-ticket racers these days.

There’s been something made of F1 champ Fernando Alonso’s involvement in Grid, although the special Fernando Alonso event thread is largely just a series of events similar to ones I’d already run several times already in the other threads, only with Fernando Alonso competing as one of the AI drivers. It’s not at all bad, but it’s not that memorable, either; it’s kind of just… there.

Grid’s AI actually deserves a special mention, however, and not just because it’s impressively zippy, authentic, and aggressively racey. In what may turn out to be a terrible decision if NPCs ever achieve sentience, now they can hold grudges. Grid introduces a system that sees opponents who get tired of you roughing them up marked as nemeses, and they aren’t shy about body checking you back when the time is right. Nemeses also get a temporary boost to their driving skills as the red mist descends and they become extra motivated to get back on your rear bumper. You can even turn your teammate into a nemesis if you’re a bit too eager with a bump draft, which is good for firing them up but bad for getting them to follow your instructions.

Grid’s returning rewind ability has the potential to take a bit of mojo out of the nemesis system – if you choose to use it to undo their square-ups, that is – but being taken out a race for good wouldn’t really sync with Grid’s emphasis on fun over punishment. I actually quite liked seeing how and when my AI nemeses would react and take a swipe at me, but I wasn’t too proud to pump the flashback button if their actions put me into a wall. Peculiarly, nemeses aren’t persistent and only appear to last the length of the current race, so I didn’t have bitter enemies still bent out of shape about my actions popping up for more payback at later events in the calendar.