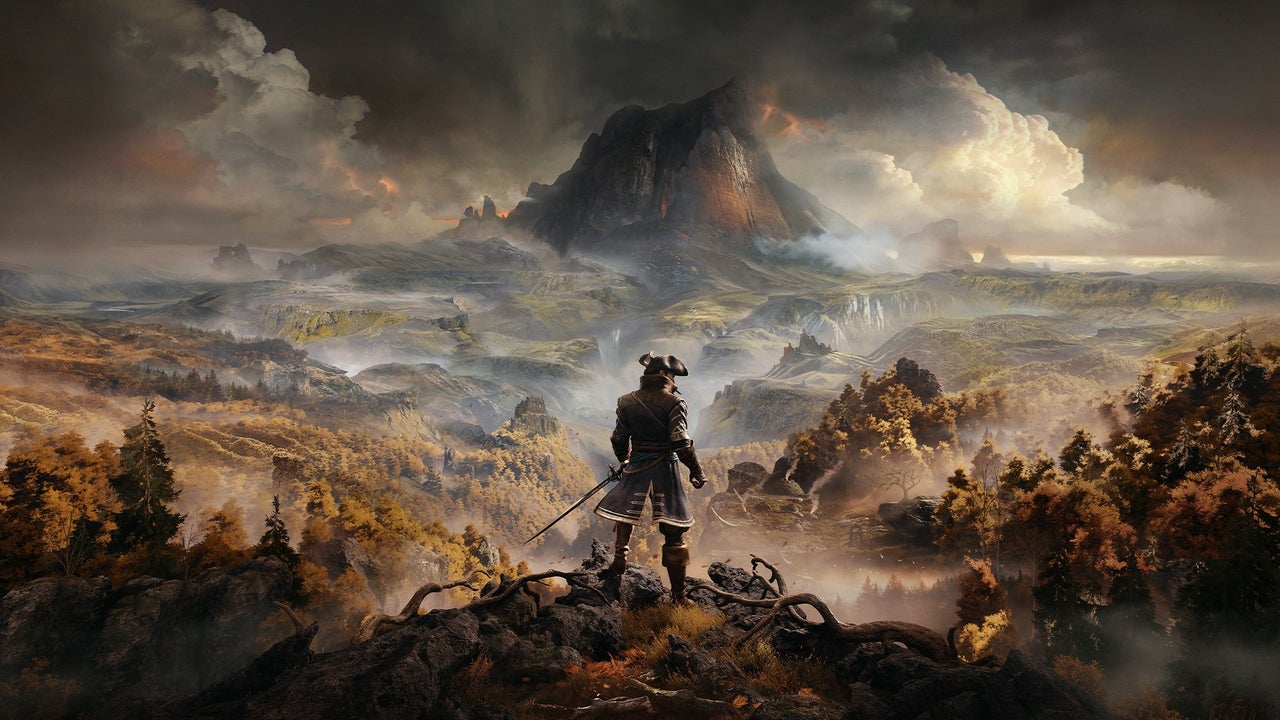 GreedFall is almost everything I want out of a big, juicy, old-school RPG. While it’s still lacking a lot of polish, the exciting combat and excellent, complex quest writing bring it very close to that winning formula of a mid-2000s BioWare game – something the developer, Spiders, has previously aimed for but missed with its last couple of releases (and BioWare itself hasn’t shown much interest in lately). GreedFall’s sprawling adventure finally seems to have landed on the right foot, and it’s worth the wait.

Comparisons to The Witcher series and Dragon Age: Origins are easy to make as you travel across the wild, semi-open environments for a 60-hour campaign. Spiders has always been great at worldbuilding, and the Age of Discovery-inspired fantasy setting GreedFall throws you into doesn’t disappoint in that regard. Starting out in the moody, muddy streets of the city of Serene that evoke Paris or London in the 1700s, you set sail for the mysterious, volcanic island of Teer Fradee. These places serve as the backdrop for a many-layered, morally complex tale about colonization, religion, politics, and worlds colliding that had me taking steel and gunpowder to all manner of foes, human and mythical, while uncovering a compelling mystery with plenty of surprises in store.

Watch the opening minutes of Greedfall gameplay below.

The island itself is full of beautiful, diverse, but still-grounded environments that look lovely rendered on my GeForce GTX 1070, though I did experience some inconsistent frame rates here and there. I also had a few crashes to desktop, especially common around the middle of the campaign – luckily autosaves were common enough that I never lost more than a few minutes of progress. The lighting is generally nice enough but sometimes acts really weird when you quickly move between areas, making things distractingly too dark or too bright until I transitioned to another area. And while the mouse and keyboard controls feel good, the camera can be a bit unwieldy when using a controller, which I preferred for combat and exploration. Technical polish is not GreedFall’s strong suit.

The characters also landed in a bit of an uncanny valley, which is where the rough edges of GreedFall become most apparent. The facial animations have definitely gotten better since Spiders’ last game, The Technomancer, but overall most conversations are still lent a bit of an eerie, robotic feel thanks to the stilted way the pirates, colonial governors, and native warriors look and move. On the other hand, the outfits they wear are detailed and wonderfully evocative, and the voice acting – at least for most of the main characters – is pretty high quality.

The island of Teer Fradee is full of beautiful, diverse, but still-grounded environments.

The biggest exception to the otherwise-strong voice work is the fictional accent created for the natives. Every time they speak I can really tell it’s artificial, and it’s used inconsistently from one character to another. The performances themselves aren’t bad, but they’re dragged down by this attempt to do something ambitious when just giving them a real-world accent probably would have worked better in practice. There are a couple other small things that took me out of the fantasy, too, like the fact that “continental” building interiors are re-used for all three of the colonial factions, which detracts from their ability to present a unique identity.

Watch the trailer from GamesCom 2019 below.

In writing, however, every faction has a clear personality and set of objectives that affect how they relate to one another and to the natives. From the scientifically-minded Bridge Alliance to the fanatical, evangelizing Theleme, an intriguing and complex political web is woven that you’re obliged to navigate in the course of your quest. It’s even possible to reshape one of the main factions from the inside if you focus on non-combat skills, which I thought was going to be a major highlight of my playthrough. Disappointingly, though, I didn’t really see those changes reflected in the world. A lot of the bigger choices felt a bit glossed over – they were only mentioned in an epilogue briefly, which felt rushed and a bit deflating.

The magic-wielding natives of Teer Fradee are also presented with a lot of depth and nuance, as there are many tribes that don’t share all of the same customs or even agree on what should be done about the colonizers. It’s very hard to divide this world into “good guys” and “bad guys,” and there is no morality system to do it for you. That ambiguity allowed me to make a lot of interesting decisions based on my own value judgements, and I love it when an RPG doesn’t slap me on the wrist arbitrarily for acting on my own idea of justice.

The quests are exceptionally well-written pretty much across the board, and often made those interesting decisions I mentioned all the more difficult. They tactfully handle some very heavy themes that I haven’t seen tackled in other story games, like the institutionalized abuse of soldiers in the military and forced re-education of natives. Teer Fradee is rarely a cheerful place, and similarly to The Witcher 3’s Continent, the best you can do sometimes is try to find the least terrible outcome to a very dark situation. Even though it took me about 60 hours to clear my quest log, I can say that nearly every errand Teer Fradee had for me was worthwhile as either an intriguing scenario that asked an interesting question, a meaningful revelation about a character or the island, or sometimes both of the above.

Backing all of this up is a fun, flowing, challenging tactical combat system that I still haven’t gotten enough of. Combat was by far the weakest pillar of Spiders’ past games, so this is a monumental improvement. I actually look forward to battles instead of dreading them because they give me the opportunity to dodge and roll around both human and monstrous opponents, firing away at their armor with a musket or pistol before going in to finish the kill with some showy, swashbuckling saber work.

Watch three different approaches to defeating one boss below.

The pacing of fights is great, with animations that are eye-catching and show a lot of attention to detail. There’s a good mix of mooks you can mow down to feel powerful, and genuinely challenging bosses that will test your composure and reflexes. Magic adds a lot of utility to the mix, though it seems like it’s a bit too easy to use: mana recharges during battle while bullets are a finite resource and have to be bought between missions, yet magic feels more powerful than gunplay – that comes across as a bit unbalanced. You also don’t have a lot of control over what your two AI party members do, so it’s lacking a bit of the tactical element of a game like Dragon Age: Origins. But what’s here is so well done that I didn’t feel that sting too often.

Appropriate for an RPG of this style, there’s a very in-depth gear system complete with simple but satisfying crafting elements to customize your swords, helmets, firearms, and other tools of the trade. Each gear slot has a few different options for upgrades so you can, for instance, focus on dealing more armor damage but fewer hitpoints. The progression from starter rags to the best stuff feels meaningful and exciting. And best of all, Teer Fradee strongly encourages exploration. By going well off the beaten track and using out-of-combat skills like climbing to reach some really out-of-the-way places, I was able to find loot well above my pay grade fairly early on in my adventure. Being rewarded for curiosity with something tangible like that is just so satisfying.