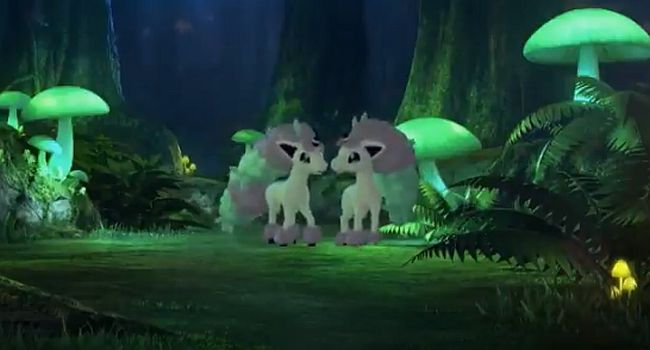 Ponyta was the main star of the Pokemon Sword and Shield 24-hour livestream.

The Pokemon Sword and Shield 24-hour stream ended with a look at the Galarian version of the adorable Ponyta.

Just as we logged in this morning to take a look at the stream, it ended. But we were able to get a look at two Galarian Ponyta galloping into view. They even snuggled a bit, which was so very cute. At the very end, the screen went dark and you could hear a very loud, rumbling snort.

Unfortunately, we weren’t quick enough with the print screen key, but luckily for us Twitter user PLDHnet grabbed a gif (thanks, Nintendo Everything).

Two Ponyta came out to play together. pic.twitter.com/kJTjGOLYRh

One of the comments to the tweet mentions the lack of a tail on of the Ponytas, and another reply explains the loud sort at the end was likely Rapidash.

From what we gathered there wasn’t much else to be gleaned from the stream, which is a shame considering the length of it. Still, we’ll try to use our Google-fu to find out if anything else worth reporting was shown.

The game releases for Switch on November 15.