Did you hear the big news out of the Marvel Games panel at New York Comic Con? Crystal Dynamics is ecstatic to round out the Marvel’s Avengers roster with the inclusion of New Jersey teenager Kamala Khan. Better known under the mantle of Ms. Marvel, Kamala joins the team as a pivotal catalyst to the original story our team is telling.

Co-created by G. Willow Wilson, Adrian Alphona, Sana Amanat, and Stephen Wacker, Kamala is the Pakistani-American teenager who defends her hometown Jersey City as the costumed Ms. Marvel. If you want to read up about Kamala Khan, she made her first appearance via Captain Marvel #14 in August 2013. Winning over the hearts of comic fans around the world, Kamala headlined her own monthly comic series starting in February of 2014. You can read her current ongoing monthly series as well.

While we teased young Kamala in our A-Day Prologue Gameplay Footage, (remember the little girl who stumbles on the deck of the Helicarrier?) we felt it important to keep her full role in the game secret until now. We were waiting for just the right moment to reveal her, and talk more about her narrative arc in the aftermath of A-Day. 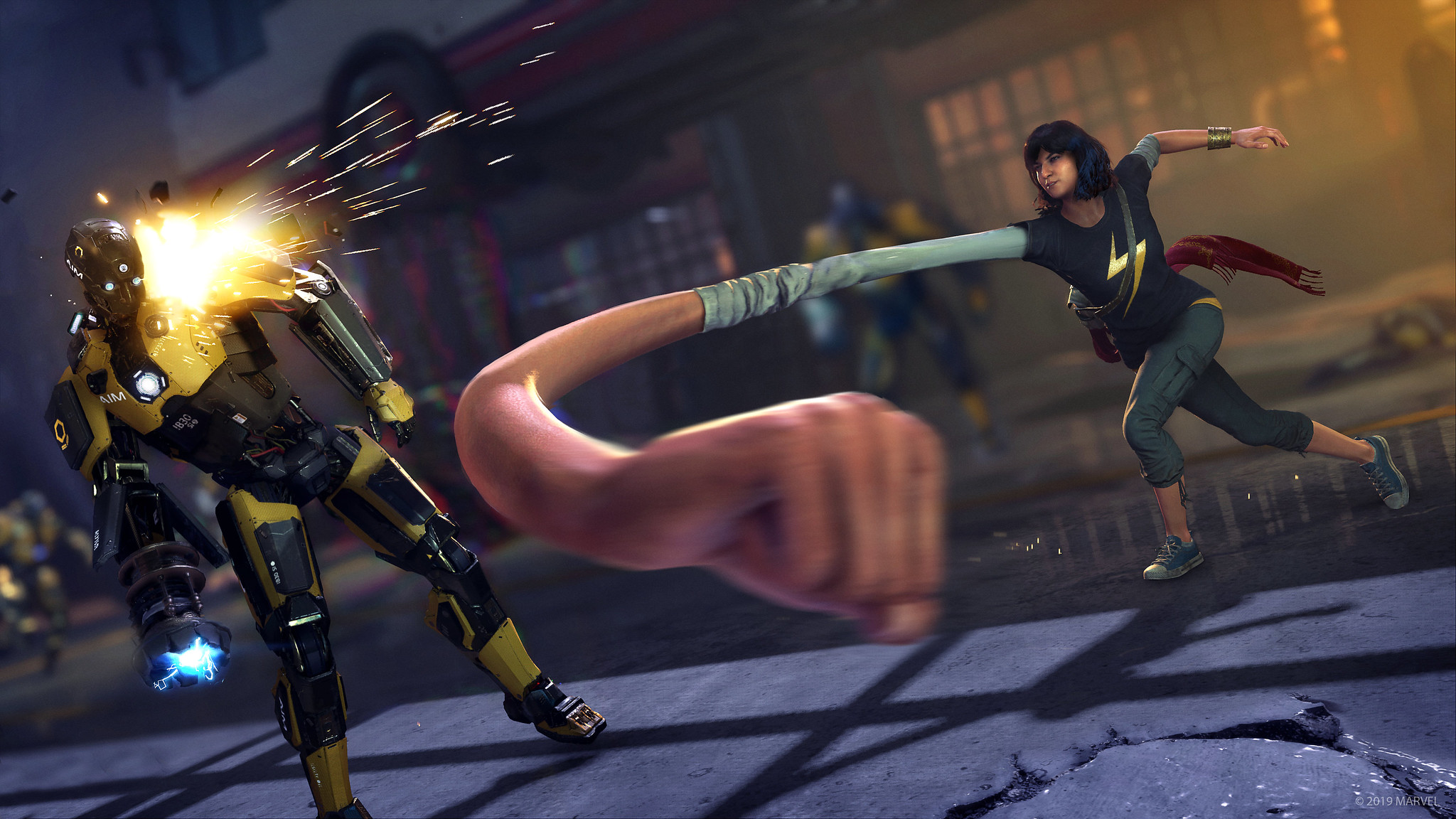 Shaun Escayg – Creative Director and Writer at Crystal Dynamics – explains it well. “Telling our story of Kamala’s coming-of-age brings a fresh, hopeful perspective to the gameplay experience and her unique abilities as Ms. Marvel make her a character every person will want to play. Kamala Khan is the defining ingredient that makes our game stand apart from any Avengers story you’ve experienced before.”

Kamala is an unapologetic fangirl – one of the traits we most love about her. Kamala wears her passion on her sleeve – making her relatable for many of us at the studio, and for fellow fans worldwide. Fandom is even the catalyst to her coming-of-age story. Invited to A-Day as an Avengers fan-fiction contest finalist, young Kamala is exposed to Terrigen Mist during the unanticipated attack.

Iron Man, Hulk, Black Widow, and Thor blame themselves for the mass devastation and the loss of Captain America. In the five years following A-Day, the Avenger’s absence has devastating consequences worldwide. A secretive, new organization has risen – Advanced Idea Mechanics, otherwise known as AIM. AIM believes that science – not Super Heroes – is the key to protecting the world. 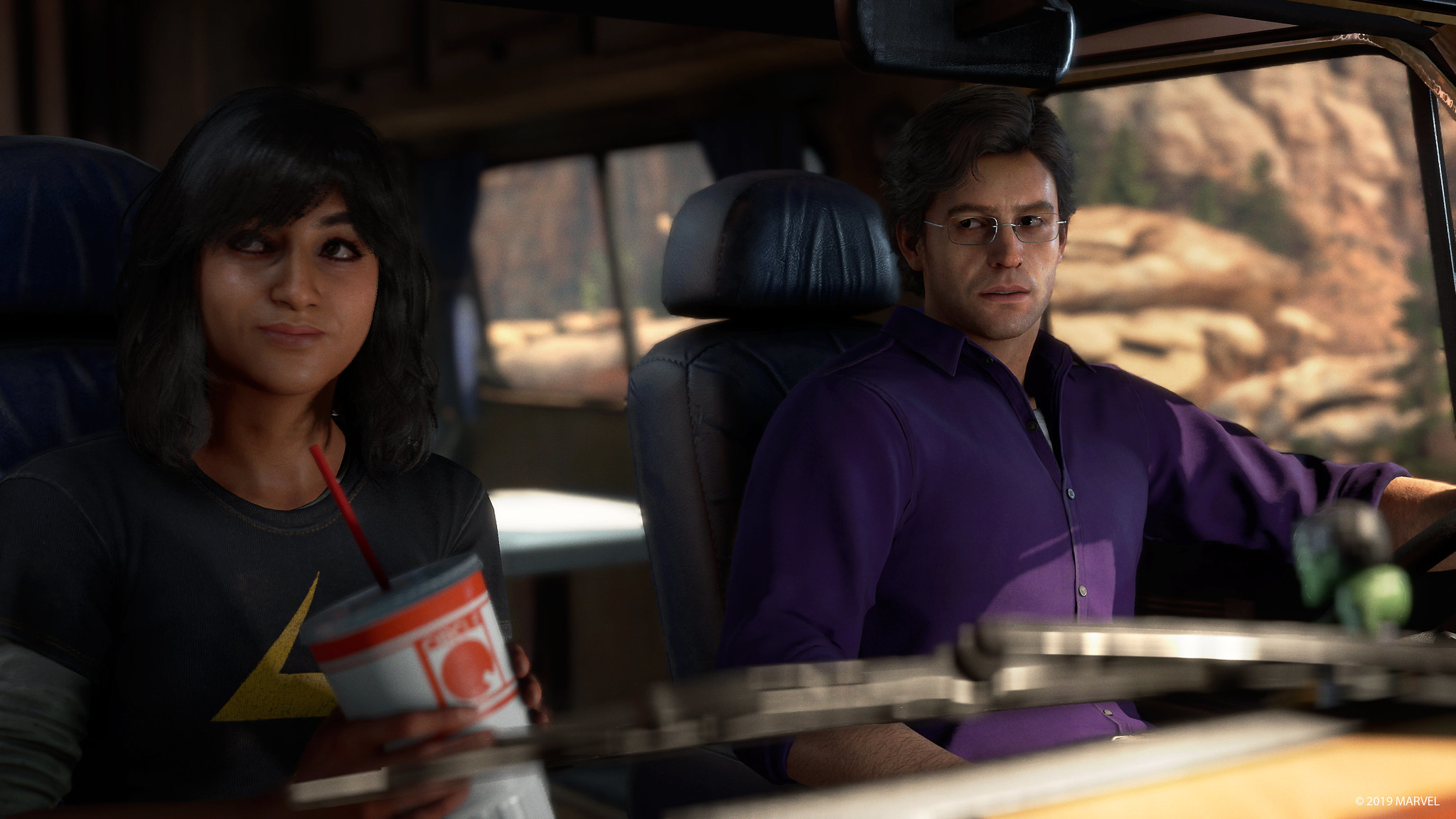 Now a teenager, Kamala finds herself developing extraordinary polymorphic and healing powers as a direct result of the A-day incident. With the Avengers disbanded and Advanced Idea Mechanics turning public sentiment against Super Heroes, Kamala hides her abilities from the world.

Kamala’s unwavering loyalty to the Avengers, intelligence, inquisitive nature, and ever-optimistic personality lead to a huge discovery when she uncovers a shocking conspiracy. As Kamala learns to harness and embrace her powers, she finds the will and the way to reassemble Earth’s Mightiest Heroes.

Joining our stellar performance cast as Kamala Khan is Sandra Saad, who brings the character’s strength and spirit to the motion capture stage. “Kamala’s a tremendous inspiration to me,” shared Sandra. “She’s so relatable, and I think we can all find aspects of ourselves in her. So, at the end of the day, playing her ended up feeling like I was playing a super version of myself. I ultimately focused on paying homage to who Kamala is but bringing my own dash of originality and uniqueness to the role whenever appropriate.” 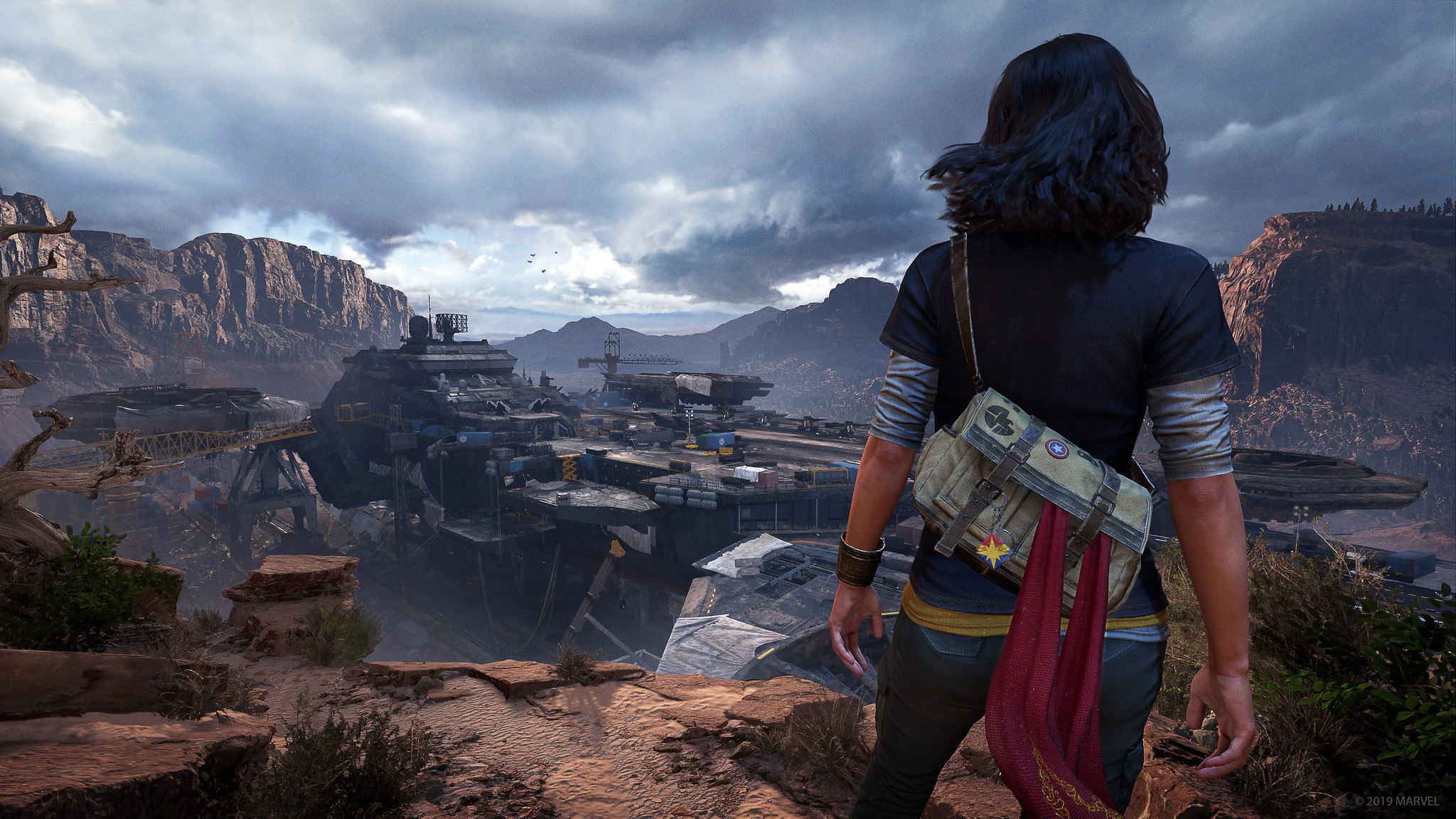 With this exciting announcement, Kamala Khan week officially kicks off on our Marvel’s Avengers social channels! Tune in daily to learn more about her unique combat style, Heroic moves (EMBIGGEN!), outfit origin, trivia, and more.
We can’t wait for you to suit up as Captain America, Thor, Iron Man, Black Widow, The Hulk, and Kamala Khan when Marvel’s Avengers launches on May 15, 2020. Best part? The narrative will continue to be delivered on an ongoing basis, with every new Super Hero and region delivered at no additional cost. This is what’s next for the Avengers.