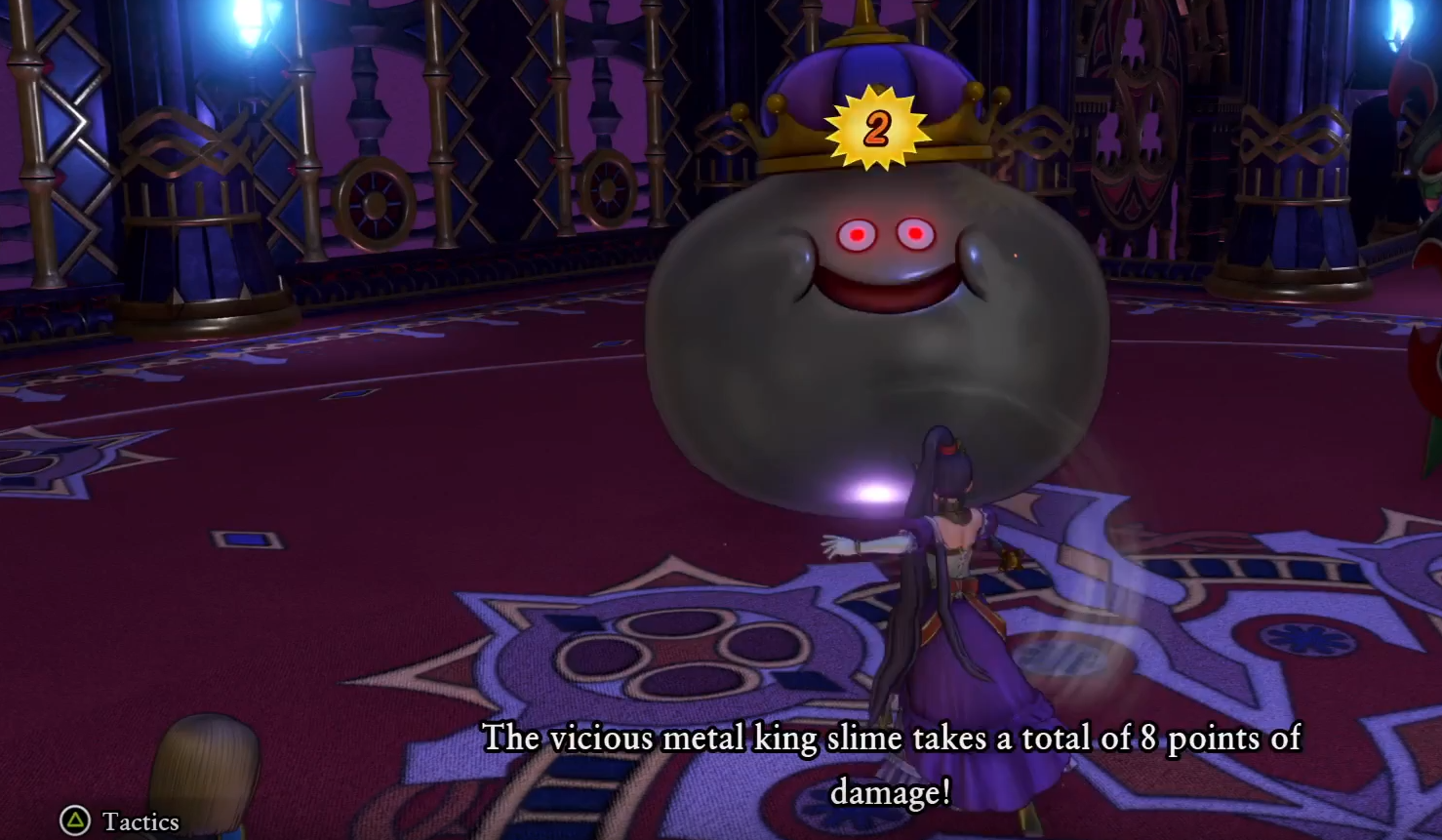 If you’re a fair way into Dragon Quest 11, there’s a good chance you’ve hit a wall and need to grind. Here you’ll find the best ways to level up quickly.

The best way to level up fast in Dragon Quest 11 is to farm metal slimes. There are a bunch of different types and they show up randomly in battle, but there are places you can go to increase your chances of finding them.

First up, we’ll look at the different types of metal slime are likely to be, as well as how much XP they offer when killed. We’ll also talk through tactics, locations, rewards, and more.

Metal slimes of all types can be found anywhere, but head to these places to increase your chances. This also isn’t a full list of metal slime types, but these are your best places for each point in the game.

Not only do metal slimes turn up and random, the little buggers have a tendency to run away. You can’t stop them from running away and sometimes you get unlucky and they leg it before you even get a chance to react, but there are some things you can do to increase your chances.

For starters, you should change your lineup at the start of a battle to include Erik, Hendrick, and Jade. Erik and Jade are fast and both generally get their turns faster than most enemies. On top of that, they’re both able to unlock skills that give them a fighting chance against metal slimes.

You see, not only do they like to run from fights, they have high defence. Often, your attacks will do 1-damage or miss completely. With Erik’s high cost Critical Claim ability – in the Guile section of his character builder – you’re guaranteed to kill any metal slime type in one hit. Erik is your best person for this, so keep his MP topped up and save it for metal slimes when you’re farming.

Jade also has a couple of abilities that are good for metal slimes. Lightning Thrust is another critical strike that can take out a metal slime in a single blow, but there’s a chance she will miss. Multi Thrust is another good skill for farming slimes in Act 1, as this can take out low-level slimes easily. Both skills are behind the Spears section of her character builder.

Another handy skill for low-level Metal Slimes is Metal Slash. Erik, Sylvando, and Hendrik can learn this in the Swords section of their character builders. For early on, any skill that allows you to hit the enemy multiple times also works, as well as dual wielding or using claws.

As pointed out by commenter Drew, you can also use Rab’s pep power Dirge of Dundrasil to put metal slimes to sleep. It guarantees you at least a free move against even metal monsters. Getting Jade to maximum Charm can also increase your odds of a swift victory. 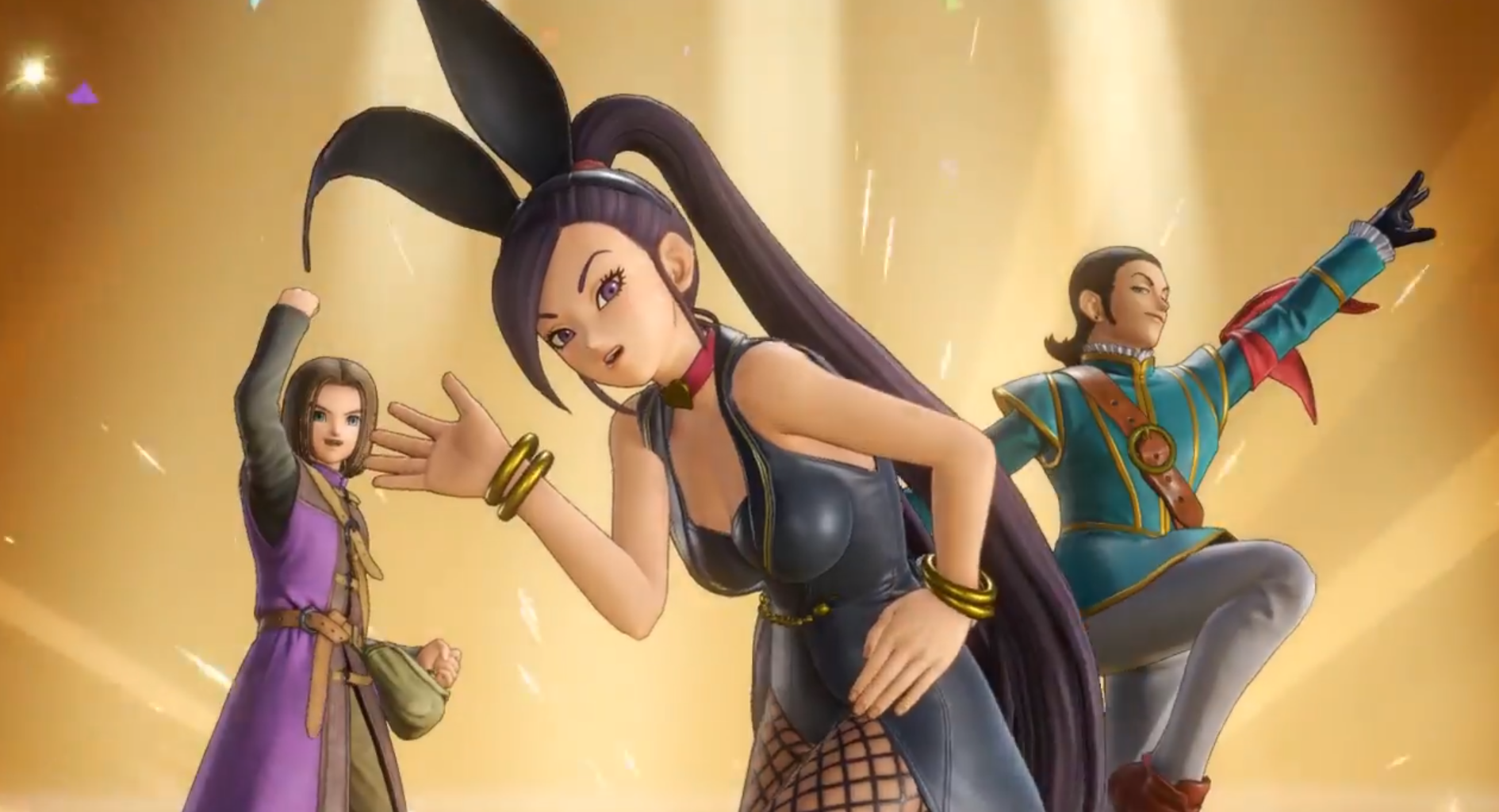 There is also a way to make metal slimes appear and, if done correctly, can level your characters up two or three times in a single fight, even towards the end of the game. There’s a Pep ability called Electro Light that summons in metal slime types, replacing enemies on the battlefield. Unfortunately, you need the Hero, Jade, and Sylvando all pepped up at the same time.

The easiest way to do this is to play with all three. Whenever one gets pepped up, put them on standby and they will remain pepped. Do this until all three are pepped up and you’re good to go. Now you just need to use the tricks in the previous section to kill them all before they escape.