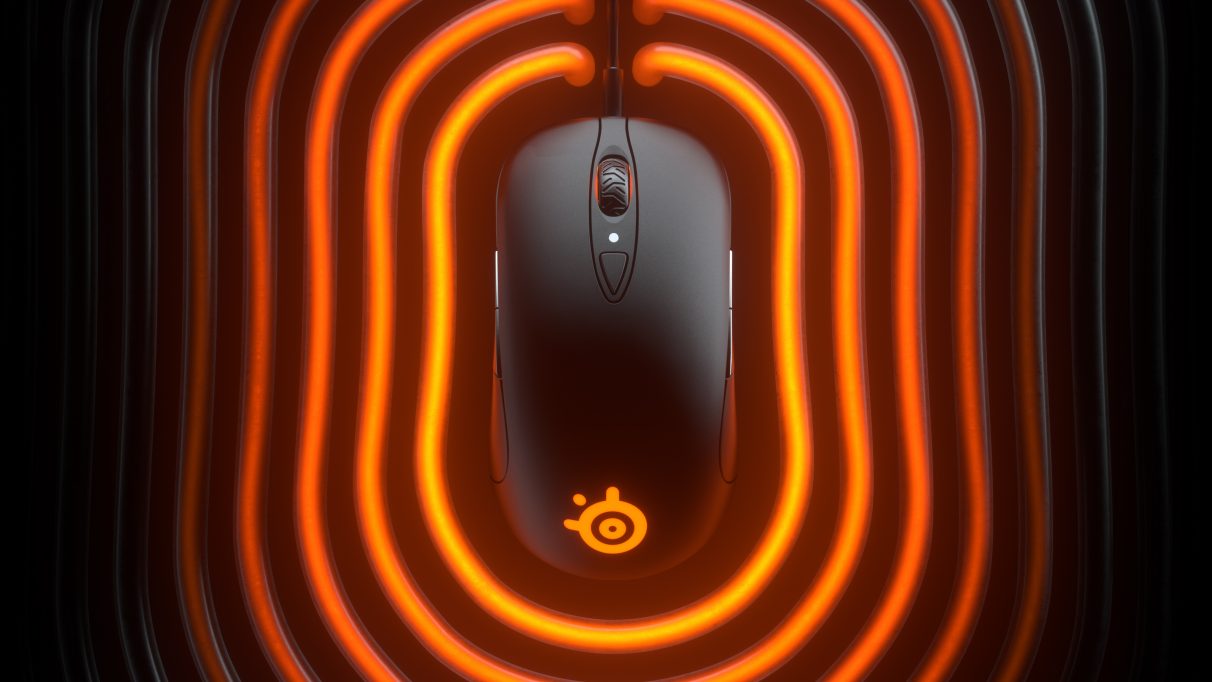 Do you remember the original Steelseries Sensei? Apologies if those words make you feel a thousand years old, but if you were a fan of Steelseries’ popular gaming mouse from the blessed year of 2009, then I have some good news for you. It’s back! This time in the form of the Sensei Ten. Borrowing the same classic ambidextrous shape as its ten-year-old predecessor, the Sensei Ten has been fully upgraded with a new optical sensor and other modern conveniences like RGB lighting, improved switches and onboard profiles. Here’s everything you’ve ever wanted to know about it.

I’ll be reviewing the Steelseries Sensei Ten very soon (probably next week), but here are some headline specs for you. Weighing 92g, the Sensei Ten has Steelseries’ brand new TrueMove Pro sensor inside it, which has a sensitivity or DPI (or even CPI, if we’re talking in Steelseries-ese) range of 50-18,000, which you can adjust in increments of 50. It’s also got two new features not seen in any other Steelseries mouse: tilt tracking and improved ripple control.

Tilt tracking helps when you want to move your mouse quickly across your mouse mat, but end up slamming it down at an angle. On a mouse without tilt tracking, this awkward landing of the mouse can upset the sensor and make it spin out a bit. The Sensei Ten, however, aims to eliminate that. Ripple control, meanwhile, aims to reduce the amount of jitter you might see when gaming at high DPI / CPI speeds. According to Steelseries, most mice implement some form of this at around 3000 DPI, but the Sensei Ten’s sensor is so darn swish that it doesn’t need it until the 5000 DPI / CPI mark. In truth, my eyes / reflexes aren’t nearly adept enough to use a mouse at this kind of speed, but for nimble young pros / esportsers with 20-20 laser vision, this will probably come as very welcome news.

It also has five onboard profiles you can choose from, two RGB lighting zones, and eight programmable buttons. Its right and left switches are also rated for 60 million clicks, and are the same ones found inside Steelseries’ Rival 650 mouse.

“A lot of people asked us to bring it back, from die hard fans to pros,” Steelseries said in a statement. “We didn’t want to just bring it back using the same technology it had in 2009. We wanted to improve everything we could to bring it to the next level, while staying true to the beloved shape.”

It’s not the only classic gaming mouse that’s been resurrected this year, either, as Logitech also brought back their “legendary” MX518 gaming mouse in February. This also retains the original’s look and feel (including that glossy keyplate), but has been fully upgraded with Logitech’s new Hero 16K sensor and onboard memory for up to five profiles.

Personally, I’m a big fan of Steelseries’ lower-end Sensei mouse, the Sensei 310, and I hope the Sensei Ten will finally offer a decent high-end (and potentially best gaming mouse grade) option for both left-handed and ambidextrous mouse users alike. It’s not going to come cheap, though, as it’s currently retailing for £70 / $70. Still, if you can hang on until next week, I should have a full verdict for you then.