Hello, PlayStation players! We here at Auroch Digital and Twice Circled are excited to announce that our aquarium tycoon game Megaquarium is coming to PS4 on October 18!

It’s similar to theme park management games, except it’s all about building and managing your own underwater zoos. You’ll design the layout of your aquariums, decide which fish to exhibit, hire staff, and ensure your customers have souvenirs to buy and somewhere to rest.

While that sounds like a lot of responsibility, there are no time restrictions in Megaquarium, so you can play it at your own pace. Take on a challenge in the campaign or switch to the more relaxed sandbox mode. It’s perfect for when you want to lounge on your sofa after a hard day. You can even install underwater tunnels and go inside them in first-person mode to chill out as turtles gracefully swim around you.

This was something Megaquarium developer Tim Wicksteed experienced when he visited Plymouth aquarium, and he wanted to bring the joy it gave it gave him to his game. “We were inspired by their large marine animal tanks which are full of rays, sharks, and even a green turtle,” he says,

There are just under 100 colorful species of fish in the game, including the ones Tim just mentioned, as well as crustaceans, octopuses, seahorses, and jellyfish. What’s really cool is that they all look, move, and behave just like their real-life counterparts. 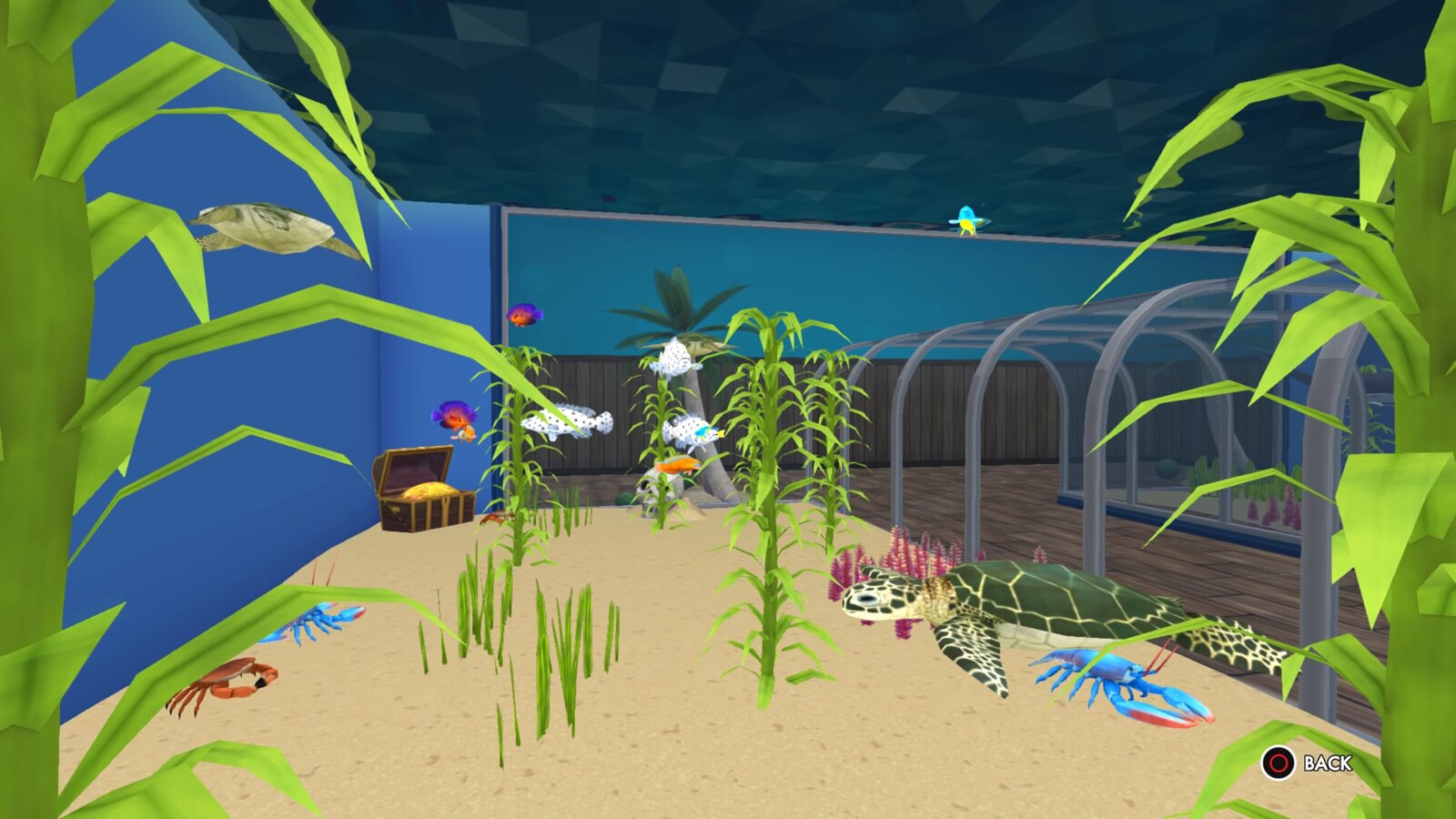 Each fish also has stats and care requirements that are scientifically accurate. We can see how this works for the Whale Shark, the largest fish in the world! To add the Whale Shark to Megaquarium, a 3D model needed to be created first, which was done using scientific drawings and photographs as guidelines.

All the distinctive features of Whale Sharks had to make it in. That includes their blunt snout, white spots and belly, and their wide mouths which they use to filter-feed on krill. With all that done, it was time to animate the Whale Sharks so they swim like their real-life cousins. These gentle giants get around by moving their tails from side to side – not up and down like dolphins.

The final stage was making sure all the care requirements and behaviors matched up. You’ll need a huge tank for Whale Sharks and it has to be rounded as they swim constantly. They also need very high water quality, so to keep them happy you’ll have to buy expensive filters — lots of them.

While doing research for Megaquarium, Tim was able to get a look behind the tanks in a real-life aquarium, where they keep all the equipment. “It was the inspiration behind the pump system in the game, which allows you to connect many tanks together in a shared water system.”

If you’re into engineering you can really get stuck into that part of the game. But you can just as easily become a fish nerd as you learn what the fish eat, as well as the plants and shelter they like inside their tanks. Megaquarium features about 90% of the fish you’d see in a real aquarium, so visit one after playing and you’ll probably be able to name most of the marine animals you see.

We hope that you have fun keeping visitors your happy and making beautiful aquatic displays in Megaquarium. If you learn a little bit more about the wonderful animals that live in our oceans as you do, then that’s a great bonus.